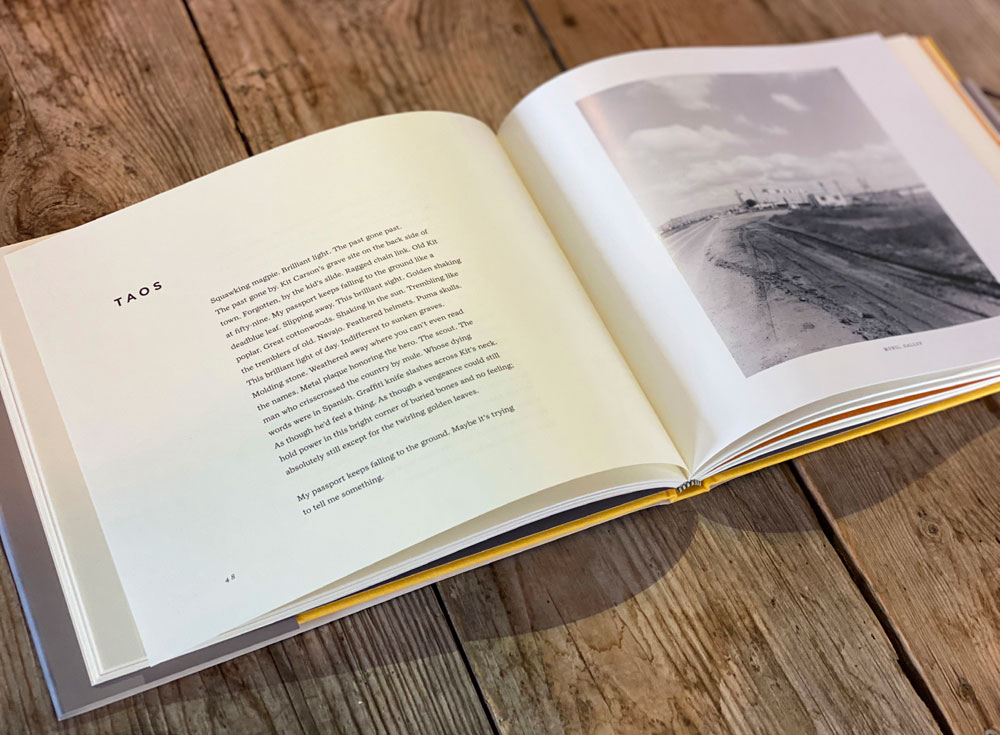 Sam Shepard: New Mexico is a handnumbered, 2000-copy, limited edition of classic Sam Shepard tales of Kit Carson in Taos, cruising Shiprock in a ’40 Ford, reminiscing at his dad’s casita, and drinking at the Pink Adobe

The late Pulitzer Prize-winning playwright, author, screenwriter, actor, and director Sam Shepard had a deep bond with Santa Fe, where he lived in the 1980s and from 2010-2015. But Shepard had some nomad in him, and beginning with Motel Chronicles in 1982, he spent just as much time crisscrossing the deserts of New Mexico as he did living in any one city.

The book, Sam Shepard: New Mexico, is illustrated by vintage, never-seen Ed Ruscha photos with contributions from Taylor Sheridan, Bob Dylan, and Josh Brolin. Presented by John Miller of Lawless Media, the book is now available for purchase. A portion of the proceeds will be donated to the National Indigenous Women’s Resource Center. Orders received before December 31, 2020, will include a free Sam Shepard poster. To order, please contact John Miller, Lawless Media, by email at miller@lawless.media or by phone at 415-722-0450.