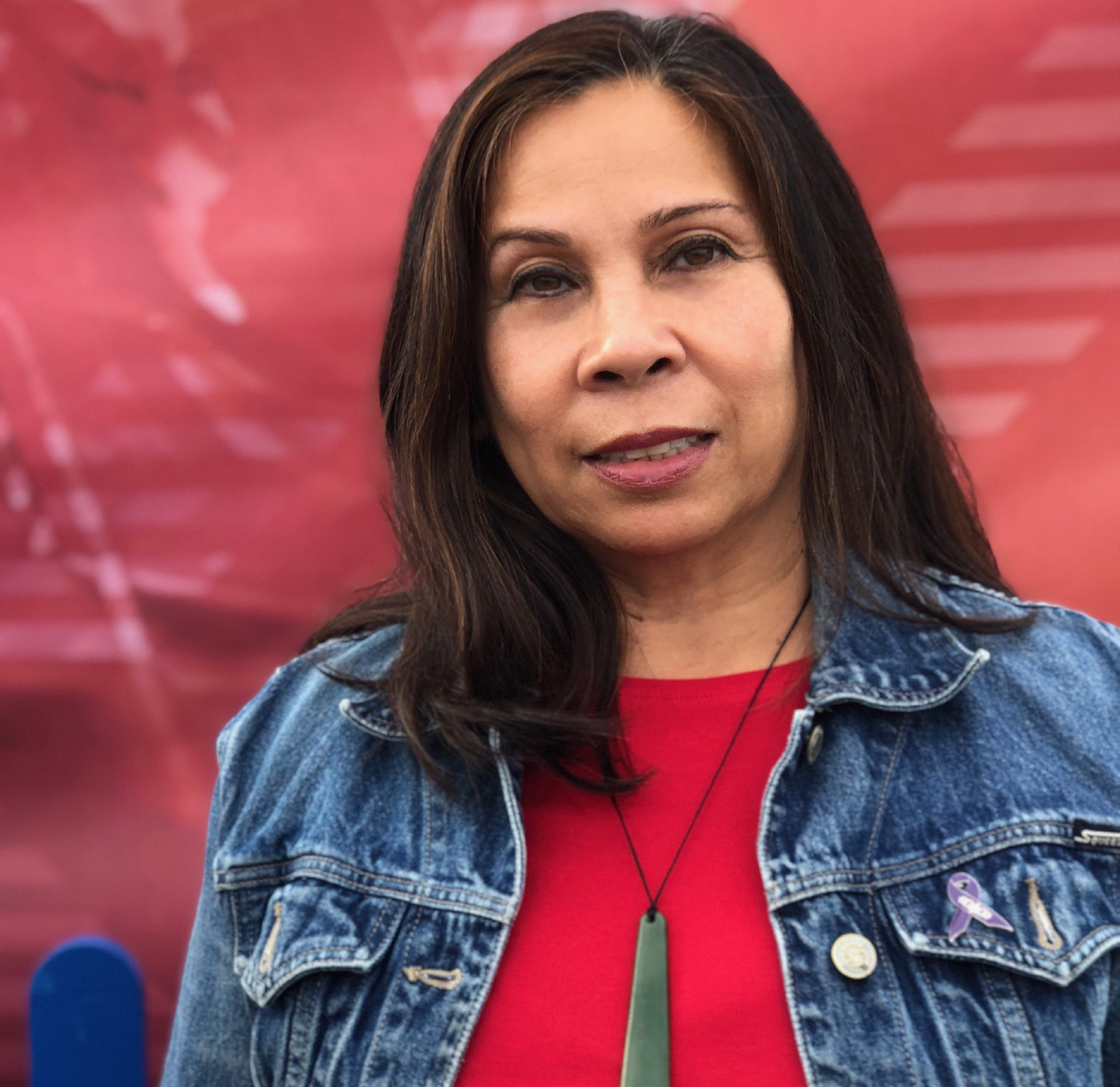 “I ask no favor for my sex. All I ask of our brethren is, that they take their feet off our necks.”—Justice Ruth Bader Ginsburg

The calendar year 2020 will be forever marked as a time of great challenge.

In 2020, we suffered a tragic loss in lives and wellbeing due to COVID-19; unjustified killings by police of Black, Native, and other Peoples of Color; and human suffering in detention facilities. Yet it also witnessed a groundswell of peoples across the nation calling for justice.

In 2020, victories were also won that allow us to continue to build toward a safer future. The affirmation of the Muscogee (Creek) Nation’s reservation by the U.S. Supreme Court is a historic legal victory. The removal of racist cultural icons, including statues and renaming of monuments, athletic teams, and racist commercial logos, are historic cultural victories. The groundswell calling for justice for missing and murdered Indigenous women is a victory challenging social tolerance for violence against Native women. And the release of “Konnón:kwe - Without A Whisper,” a movie providing the country the opportunity to know the truth of Native women’s contributions to the early suffragist movement for the right to vote, is a victory.

These victories and others are stepping stones to restoring respect for Native women and safety in their lives in the United States. And as the COVID-19 pandemic rages, circling our Mother Earth, the impact of decades of work at the international human rights level is being realized. Materials developed by international human rights bodies on responding to the pandemic are inclusive of the consequences on the world’s Indigenous peoples, particularly women. Statements by international experts and Indigenous peoples and organizations provide insight, considerations, and resources to assist countries in responding to the pandemic in the context of Indigenous peoples.

During a UN Commission on the Status of Women event Dawn Lavell-Harvard, the former President of the Native Women’s Association of Canada, spoke these words: “To be born female and Indigenous in a country such as Canada, means that we are born political.” Her words hold true for those born female and Native in the United States.

As the year comes to its end, the U.S. enters a period of transition of the national government. During these transitional periods, political clarity is essential to assert opinions, concerns, and recommendations for the path forward in 2021. The strategy to restore safety for Native women through strengthening the sovereignty of Indian Nations to protect women has guided the movement since the ‘90s. It reflects a stable and consistent political framework to achieve legal reforms to strengthen tribal authority to safeguard Native women’s lives. This strategy is affirmed in historic legal victories for almost two decades.

“Safety through strengthening tribal sovereignty” is a strategy created from an Indigenous view of the world. It reflects the essence of the grandmothers of the movement for Native women’s safety. A view essential to continued change under the next administration.

Since 2008, the National Congress of American Indians Task Force on Violence Against Women has provided a transitional memo to the new administration highlighting long-standing priority issues. While the details of these concerns and recommendations change between administrations, the overarching themes remain constant—safety for Native women and sovereignty for Indian Nations. The specific legislative agenda for the next four years is provided in the testimonies of tribal leaders during the annual consultations on violence against women since 2006. These recommendations address the immediate changes that must be made to reduce the barriers that make Native women vulnerable to violence. 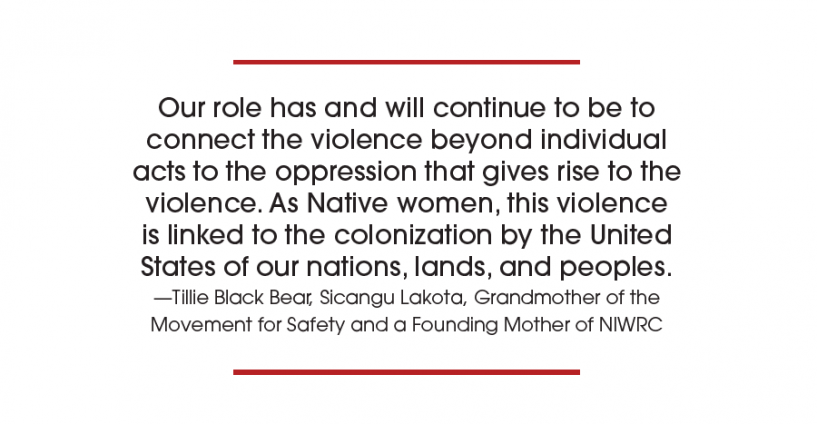 As we look back at 2020 and forward to 2021, we must see our everyday lives through a political lens, a set of glasses sharpening our vision to not only see what is happening around us but why it is happening, the truth of the injustices we face and the path forward.

“When we do not talk about colonization, then we seem to be the most violent of all people. The rates of violence against Native have an explanation.”—Tillie Black Bear

The relationship of the United States to Indian Nations is a political and legal one that does not derive from race or ethnicity. It is a relationship between governments established through hundreds of treaties, the Constitution, Congressional Acts, Supreme Court decisions, and Presidential Executive Orders. In exchange for the land of Indian Nations, the United States agreed to provide the support necessary—health care, education, and much more—for Indian Nations to exercise self-government and maintain stable communities. The list of promises is long, but safeguarding the lives of Native women rises as a priority.

Restoring the safety of Native women requires legal reforms that are dependent on mass public education to understand the truth of colonization. Is this possible? The sweeping change in Justice Ginsberg’s opinions in tribal cases over the years creates hope it is possible. As we begin 2021, Restoration will continue its purpose to offer tribal perspectives on critical emerging issues.

In 2021, and the four years of the next administration, as stated in the McGirt decision on Justice Ginsberg’s final day, of her final term as a Supreme Court Justice—“we hold the government to its word.”

Prayers for healing and peace in the New Year,