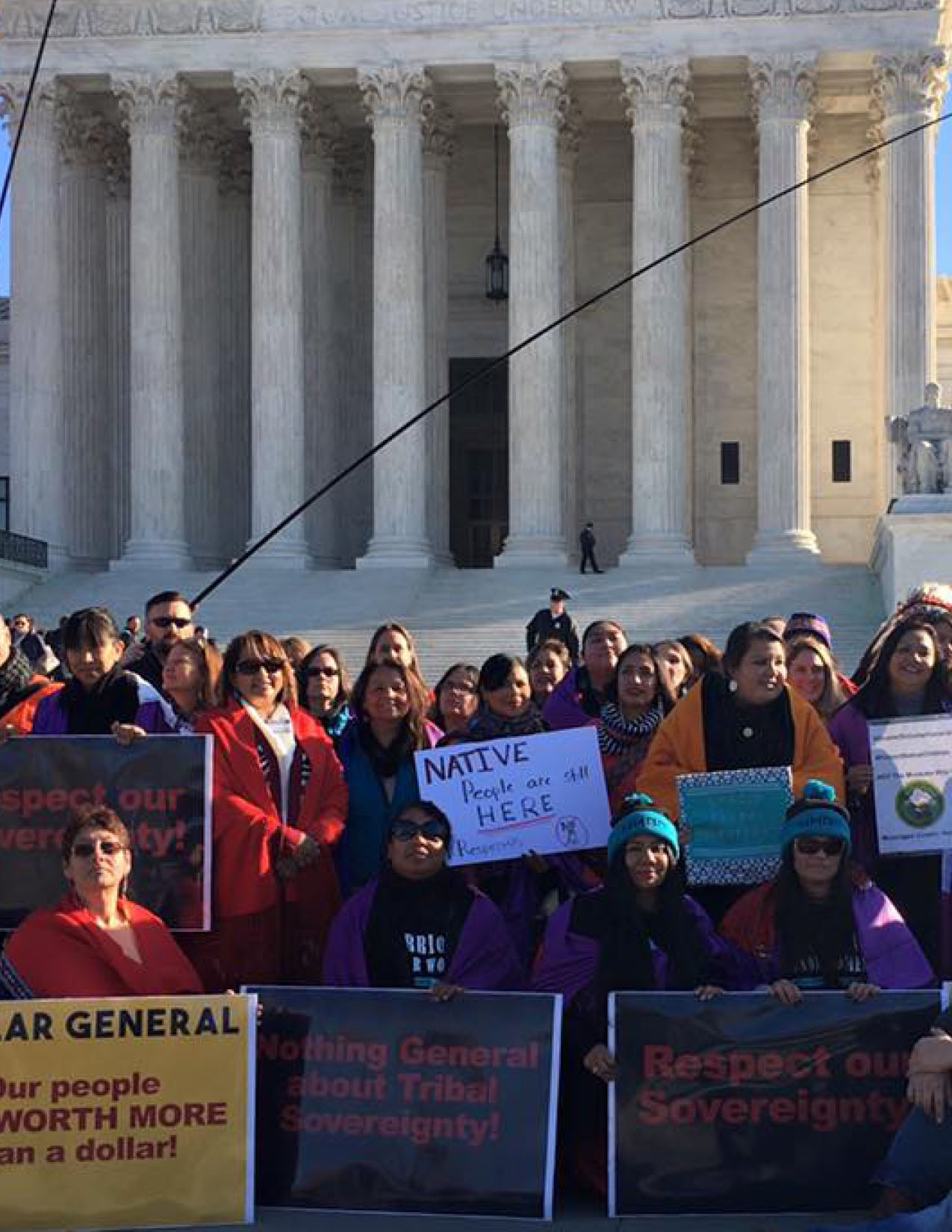 Since the Court announced its decision on July 9, tribal leaders, celebrities, domestic violence advocates, senators, and even presidential candidate Vice-President Biden have praised the Court’s decision in McGirt v. Oklahoma as “historic.” One day after McGirt was released, former Vice President Joe Biden, one of the authors of the original 1994 Violence Against Women Act (“VAWA”) stated, “I am proud to stand with the Muscogee (Creek) Nation and all of Indian Country in celebrating tribal sovereignty and self-determination, which has been denied to them far too long and far too often.” It has been an incredible time for a (long overdue) celebration.

In McGirt, the State of Oklahoma asked the United States Supreme Court to judicially disestablish the Muscogee (Creek) Nation’s (MCN) Reservation. To Indian law practitioners, Oklahoma’s request was shocking. For more than one hundred years, under the Supreme Court’s decision in Celestine, and later in Solem v. Bartlett as well as many Hear the latest But the Supreme Court’s decision in McGirt affirmed far more than the boundaries of a reservation. For many of us in Indian Country, Justice Gorsuch’s monumental ruling confirmed what we have always known to be true: Tribal Nations are sovereign governments with the inherent right to exercise sovereignty to ensure the public safety, health, and prosperity of everyone on our lands.

Furthermore, because the MCN’s Reservation remained in existence, the land where Defendant McGirt committed his crime—since it is situated within the MCN’s Reservation boundary—continued to constitute “Indian country” under 18 U.S.C. § 1151. This means Oklahoma had illegally prosecuted McGirt. Because McGirt is a tribal citizen, and because his crime was committed in § 1151 jurisdiction, only the United States and the MCN had jurisdiction to prosecute him for his crime, on account of the fact that he is an enrolled tribal citizen, and states do not have jurisdiction to prosecute crimes committed by tribal citizens within “Indian country” under § 1151.

But the Supreme Court’s decision in McGirt affirmed far more than the boundaries of a reservation. For many of us in Indian Country, Justice Gorsuch’s monumental ruling confirmed what we have always known to be true: Tribal Nations are sovereign governments with the inherent right to exercise sovereignty to ensure the public safety, health, and prosperity of everyone on our lands.

After many years of briefing and debating, and after an argument in the Supreme Court in 2018, in Murphy v. Carpenter (another case raising similar issues, but for which a formal decision was never issued), the Court reached its decision on July 9, 2020. Justice Gorsuch, opened the opinion with these two paragraphs:

On the far end of the Trail of Tears was a promise. Forced to leave their ancestral lands in Georgia and Alabama, the Creek Nation received assurances that their new lands in the West would be secure forever. In exchange for ceding “all their land, East of the Mississippi river,” the U. S. government agreed by treaty that “[t]he Creek country west of the Mississippi shall be solemnly guarantied to the Creek Indians.” Treaty With the Creeks, Arts. I, XIV, Mar. 24, 1832, 7 Stat. 366, 368 (1832 Treaty). Both parties settled on boundary lines for a new and “permanent home to the whole Creek nation,” located in what is now Oklahoma. Treaty With the Creeks, preamble, Feb. 14, 1833, 7 Stat. 418 (1833 Treaty). The government further promised that “[no] State or Territory [shall] ever have a right to pass laws for the government of such Indians, but they shall be allowed to govern themselves.” 1832 Treaty, Art. XIV, 7 Stat. 368.

Today we are asked whether the land these treaties promised remains an Indian reservation for purposes of federal criminal law. Because Congress has not said otherwise, we hold the government to its word.

While this may seem like a simple concept, it is a concept that, for Tribal Nations, has constantly been under attack. For instance in 1978, the Supreme Court declared that Tribal Nations cannot exercise criminal jurisdiction over non-Indians who come onto tribal lands and commit crimes (Oliphant). Today, Tribal Nations are the only governments in America whose authority to protect their communities from domestic and sexual violence, child abuse, stalking, and trafficking is limited by the race/political identity of the individual committing the crime.

Today, Native women face the highest rates of domestic violence, sexual assault and murder in the United States— rates that are fueled, in large part, by the fact that in 1978, the Supreme Court eliminated tribal jurisdiction over non-Indianperpetrated crimes on tribal lands. As the Department of Justice has reported, the majority of violent crimes committed against Natives are committed by non-Natives. However, because of the Supreme Court’s decision in Oliphant, Tribal Nations lack the recognition of their authority to prosecute the majority of violent crimes committed against their citizens.”

In 2013, Congress sought to address the incredibly high rates of violence against Native women and, in re-authorizing the Violence Against Women Act (VAWA), Congress legislatively restored a portion of the tribal jurisdiction the Court had previously eliminated. VAWA 2013 restored tribal criminal jurisdiction over non-Indian perpetrated crimes of domestic violence, dating violence, and violations of protective orders. In doing so, Congress tethered its restoration of tribal criminal jurisdiction to lands that constitute “Indian country” as defined by 18 U.S.C. § 1151.

A “reservation” constitutes “Indian country” under federal law, and thus the judicial disestablishment of an entire reservation would render a Tribal Nation unable to fully exercise the criminal jurisdiction that Congress restored. Here, if the Supreme Court had judicially disestablished the Creek Nation’s Reservation, Native women victims calling the Creek Nation’s law enforcement, the Lighthorse Police, would be met with questions concerning the legal status of the individual parcel of land where she is being beaten or abused (is the land in trust? is it non-Indian feel land?), before the Nation’s law enforcement could determine whether it had jurisdiction to even respond to her call for help.

This led the National Indigenous Women’s Resource Center (NIWRC) to file an amicus brief co-authored by myself and Sarah Deer informing the Supreme Court that:

The judicial disestablishment that Oklahoma seeks in this case (and sought in Carpenter v. Murphy, No. 17-1107) directly threatens the ability of Tribal Nations to effectively implement the restored tribal criminal jurisdiction in VAWA. Judicial disestablishment of reservations will place both Native women and children at greater risk, since, as this Court has previously noted, “[e]ven when capable of exercising jurisdiction, [] States have not devoted their limited criminal justice resources to crimes committed in Indian country.” United States v. Bryant, 136 S. Ct. 1954, 1960 (2016), as rev’d (July 7, 2016).

NIWRC Amicus Br., 8. NIWRC further emphasized that “Congress has repeatedly recognized the connection between tribal sovereignty and safety for Native women as the foundation for the federal government’s ‘“trust responsibility to assist tribal governments in safeguarding the lives of Indian women.”’ NIWRC Br., 9 (VAWA 2005, Pub. L. No. 109–162, § 901(6), 119 Stat. 3078).

The Court’s decision on July 9, therefore, is a victory for Native women and children. The Court’s affirmation that the MCN Reservation remains in existence ensures that Native women victims living within the MCN’s Reservation borders will not have to explain the legal status of the plot of land where they are abused just so tribal law enforcement can answer their call. 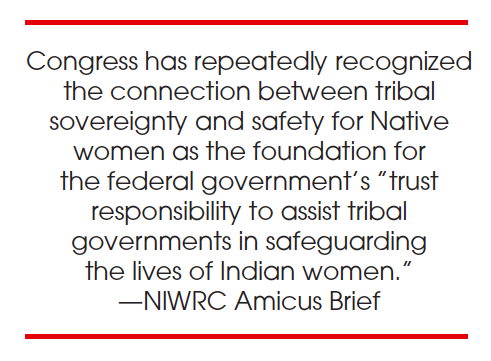 Nationwide, McGirt is a huge victory for Tribal Nations across the United States, as it confirms that federal courts are without the authority to judicially disestablish reservations. For the Tribal Nations that have implemented VAWA 2013’s restored tribal criminal jurisdiction, the confirmation of this legal precedent is critical—as it would be very disruptive to their enforcement of VAWA’s restored criminal jurisdiction if suddenly, one day, their reservation was disestablished by a federal court and their VAWA jurisdiction was limited to crimes committed on land still in trust.

That said, NIWRC, tribal coalitions, and other victims’ rights organizations that signed onto the NIWRC amicus brief understand the extraordinary challenge that comes with celebrating a victory named after a perpetrator. McGirt sexually molested a Native child, and for that, he should face the consequences for his harmful, abusive actions.

And contrary to the misinformation Oklahoma spread, McGirt will not walk free. Since the Supreme Court’s decision on July 9, McGirt has been charged for his crimes in federal court, and the MCN is looking into pressing charges as well (note, as the Supreme Court held in Gamble, another case in which the NIWRC filed an amicus brief, the U.S. Constitution does not prohibit prosecutions for the same crime from two separate sovereigns, in this case a Tribal Nation and the United States). To be sure, Oklahoma’s assertion that confirmation of the continued existence of Creek Nation’s Reservation will result in the release of an undocumented number (apparently in the thousands according to Oklahoma) of violent criminals has been thoroughly dispelled in a thoroughly researched article published in The Atlantic.

It is critical that in celebrating the victory in McGirt—and in working with our federal, state, and tribal partners moving forward—we center the voices of victims. This can, all too often, be difficult—even within our own Tribal Nations. The National Congress of American Indians Task Force on Violence Against Women was created, by and for women, because all too often, our elected male tribal leaders become disconnected from their own cultures and they overlook the fact that safety for Native women and sovereignty are interwoven. You cannot have one without the other.

We are at a turning point. We have won an epic victory in the Supreme Court. This is an incredible opportunity to embrace the sovereignty of our Nations that the Supreme Court has affirmed. But we cannot do that if we do not take seriously the task of protecting our Native women and children. Some tribal leaders, following the Court’s decision in McGirt, have made clear this is their priority. Others have not.

Protecting Native women and children—in today’s world—is hard work. It is not something we do by accident. It requires planning and prioritization. It requires funding—which means we have to both seek the appropriate funding, as well as be sure to allocate that funding, once we receive it, to victim services and justice programs. And, we cannot merely lock people behind bars. In addition to incarceration, we need to implement programs that restore and heal our broken brothers and sisters who commit crimes, so that when offenders are released from prison they can actually return to living and working in our tribal communities in a way that is positive and healing for all, as opposed to destructive.

We have a lot of work to do. But we know how to do it. We have done it before, and we can do it now. As Natives, we come from Nations that pre-date the United States. For the first time in a very, very long time, the United States has upheld its promise to a Tribal Nation. Now, it is time for us to uphold our promises to one another. 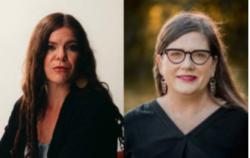