Past and Current United States Policies of Forced Sterilization

On October 2, 2020, the United States House of Representatives passed a resolution condemning unwanted, unnecessary medical procedures on individuals without their full, informed consent. It states: “Whereas, a growing number of women are coming forward to share stories of unwanted, unnecessary medical procedures, including full or partial hysterectomies and other procedures involving their reproductive organs, performed without their knowledge or consent.”1

The resolution is in part a reaction to a complaint filed to the Department of Homeland Security on September 16, 2020, expressing concerns about unnecessary hysterectomies performed on detained immigrant women without their informed consent.

“Dawn Wooten’s whistleblower account is terrifying and brings to light the generational trauma caused by efforts to exterminate communities of color and people with disabilities. We need an investigation,” said Rep. Deb Haaland (D-N.M.), a tribal citizen of the Laguna Pueblo. Haaland and 172 other Congressional members signed a letter calling on the Inspector General of Homeland Security to open an investigation. It states, “The reports of mass hysterectomies cause grave concern for the violation of the bodily autonomy and reproductive rights of detained people. Everyone, regardless of their immigration status, their language, or their incarceration deserves to control their own reproductive choices and make informed choices about their bodies.”2

“While we applaud the resolution, we are greatly concerned that it illustrates the United States as a government that continues a policy of forced sterilization,” said Lucy Simpson, Executive Director of NIWRC. “As an organization dedicated to ending violence against Indigenous women, we know all too well the end result of such a federal policy.” 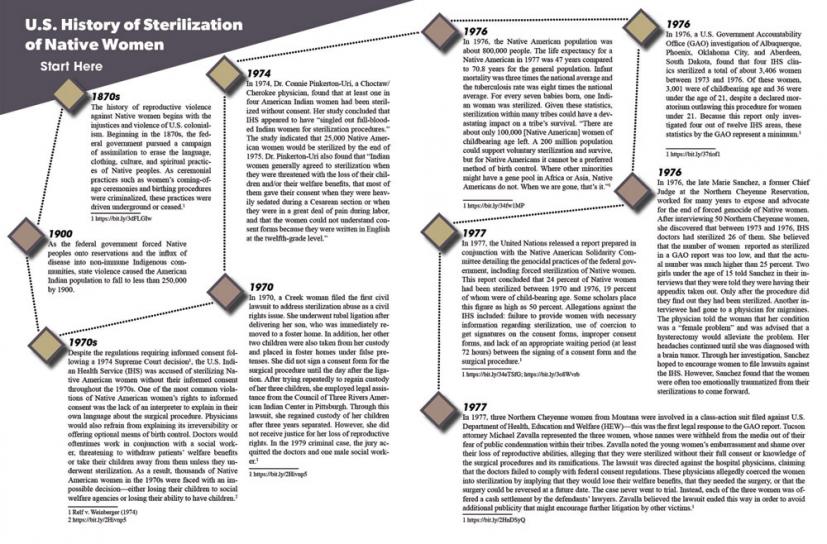 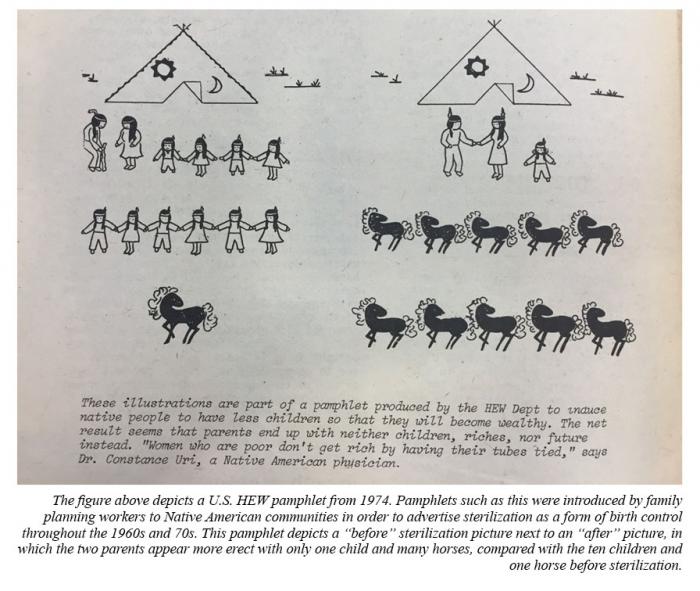 The United States’ Long History of Past Government Policies of Sterilization

The federal law and policies of forced sterilization were not limited toward Native American women, but targeted other women of color, disabled and poor women. This period of forced sterilization is known as the “eugenics movement.” The driving ideology behind the eugenics movement is that of survival of the fittest — America would be stronger if only the physically and financially strong reproduced.3

In 1907, Governor J. Frank Hanly of Indiana approved a eugenics law, making Indiana the first state to approve a compulsory eugenic sterilization law. This law made sterilization “mandatory for certain individuals in state custody” and prohibited marriage licenses for “imbeciles, epileptics and those of unsound minds.” This law was passed for the purpose of decreasing reproduction among these individuals, based on the belief by Indiana authorities that criminality, mental problems, and pauperism were hereditary.

In 1921, the Indiana Supreme Court ruled the 1907 sterilization law unconstitutional in Williams et al. v. Smith because it denied due process of the law guaranteed by the Fourteenth Amendment. In 1927, a revised law was implemented reinstating sterilization, adding court appeals. It was not repealed until 1974. Fifteen other states enacted similar laws in the following decades. The Indiana Historical Bureau states, “It is difficult to state the exact number of people sterilized by Indiana law because different institutions around the state used varying methods of recordkeeping. Two academic studies place the total number of people sterilized around 2,500.”4

In 1927, the U.S. Supreme Court in Buck v. Bell, upheld a state’s right to forcibly sterilize a person considered “feeble-minded. Buck v. Bell defended the involuntary sterilization of 17-yearold Carrie Buck, who was an inmate of the Virginia State Colony for Epileptics and Feebleminded, after Carrie gave birth to an illegitimate daughter. Chief Justice Oliver Wendell Holmes justified the decision by saying, “three generations of imbeciles are enough.” Because of this decision, as many as 70,000 Americans were forcibly sterilized during the 20th century.5 26 more states passed laws allowing involuntary sterilizations in the decade following Buck v. Bell.6

Between 1907 and 1939, more than 30,000 people in 29 states were sterilized unknowingly or against their will while incarcerated in prisons or psychiatric institutions. Nearly half of these procedures occurred in California. Following the horrors of the Holocaust, the ideology of the eugenics movement lost popularity. Geneticists realized that the inheritance of traits is much more complex than the simplistic version eugenicists had purported.

However, throughout the 1950s, eugenics did not disappear but instead changed form. Rather than using arguments of heredity and “defective genes”, the argument shifted to concerns about family size and dependency on the government. For example, poor and minority women were framed as “hyperbreeders” who could not sustain themselves and were draining public resources.

Following this reframing of eugenics, sterilization increased in the 1950s and 1960s in many Southern states such as North Carolina and Virginia. “This increase came at precisely the same time that Congress created Medicare and Medicaid and the African Americans gained access to such federal programs after the passage of the Civil Rights Act of 1964. This was no coincidence. Bitter about the demise of segregated Jim Crow America and the expansion of protections for the poor, authorities embraced sterilization to prevent poor and minority communities from advancing socially.”7 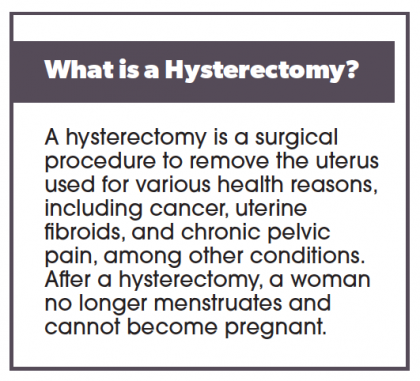 In 1970, Congress passed the Family Planning Services and Population Research Act. This act allocated $383 million for contraceptive programs, including grants to hospitals that performed voluntary sterilizations, in an attempt to reduce the number of welfare recipients. Many hospitals, however, used these funds to operate on minority women who were unaware of the procedures they were undergoing.9 As a result of this legislation, during the 1970s, the U.S. Health, Education and Welfare (HEW) funded 90 percent of the annual sterilization costs for poor people. Sterilization for women increased 350 percent between 1970 and 1975 and about one million American women were sterilized each year10. Sterilizations of Native and Puerto Rican women increased following the Family Planning Services and Population Research Act of 1970.

According to a 1973 Health Research Group study and interviews conducted by Doctor Bernard Rosenfeld in 1974 and 1975, “the majority of physicians were white, Euro-American males who believed that they were helping society by limiting the number of births in low-income, minority families. They assumed that they were enabling the government to cut funding for Medicaid and welfare programs while lessening their own personal tax burden to support the programs. Physicians also increased their own personal income by performing hysterectomies and tubal ligations instead of prescribing alternative methods of birth control. Some of them did not believe that American Indian and other minority women had the intelligence to use other methods of birth control effectively and that there were already too many minority individuals causing problems in the nation, including the Black Panthers and the American Indian Movement.”11

Relf v. Weinberger—In 1974, the Southern Poverty Law Center filed a case on behalf of two Black sisters in Montgomery, Alabama, Minnie (12 years old) and Mary Alice (14 years old), who were coerced into federally funded sterilization. Their illiterate and poorly educated mother signed an “X” on a piece of paper under the assumption that her daughters would be given birth control shots. Instead, they were surgically sterilized. The case exposed the reality of federally funded widespread sterilization.

This lawsuit led to the requirement that doctors obtain “informed consent” before performing sterilization procedures. Informed consent means that the doctor must fully impart the nature and purpose of the procedure to the patient along with the possibility of success, the risks involved, and alternative treatments. Judge Gerhart Gesell stated that regulations must be amended to require individuals seeking sterilization to be orally informed at the very outset that no federal benefits can be withdrawn because of a failure to accept sterilization.

In response, the Department of Health, Education, and Welfare (HEW) published revised regulations on April 18, 1974. These regulations defined “informed consent” and dictated that every sterilization consent form prominently state that benefits will not be withheld or withdrawn if the patient decides not to be sterilized.12

Madrigal v. Quilligan—In a 1975 class-action lawsuit, 10 plaintiffs accused medical residents at Los Angeles County USC Medical Center of performing tubal ligations on Mexican American women with no or dubious consent. These 10 women alleged that medical personnel at the hospital systematically coerced Mexican American women into submitting to sterilization. The plaintiffs lost the case, but the publicity of the case helped overturn California’s 70-year-old sterilization laws in 1979. As a result, California strengthened regulations for ensuring voluntary consent to sterilization.13

California’s prisons authorized the sterilization of nearly 150 female inmates between 2006 and 2010 without the state’s approval, in a practice that wasn’t outlawed until 2014. According to the Center for Investigative Reporting, doctors under contract with the California Department of Corrections and Rehabilitation performed tubal ligation surgeries on at least 148 female inmates at two facilities. Another 100 cases possibly took place between 1997 and 2010.14 A 2014 report by the California State Auditor stated that nearly one third of these tubal ligations were done illegally without informed consent.15 In September 2014, California Governor Jerry Brown (D) signed a bill prohibiting forced sterilizations in prisons. 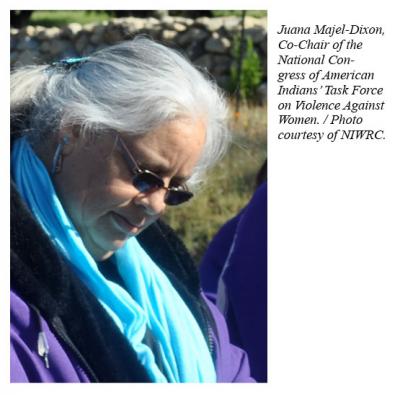 On September 14, 2020, nurse Dawn Wooten filed a whistleblower complaint with the U.S. Department of Homeland Security’s Office of Inspector General. Wooten reported that a gynecologist performed hysterectomies on detained migrants at the Irwin County Detention Center without their full consent. Wooten worked at the Irwin County Detention Center in Ocilla, Georgia. This complaint was filed by a coalition of organizations, including Project South, Georgia Detention Watch, Georgia Latino Alliance for Human Rights, and South Georgia Immigrant Support Network.

Wooten said that nearly every woman who went to see a doctor was told she had to undergo a hysterectomy. Wooten called the doctor a “uterus collector.” Most women in the detention center spoke predominantly Spanish, and many expressed to Wooten that they did not fully understand what the procedure entailed.16

Independent doctors that provide treatment for ICE detainees are paid for the procedures they perform with Department of Homeland Security funds. Procedures like those performed by Dr. Amin are normally billed at thousands of dollars each. Since the filing of this complaint, ICE and the hospital in Irwin County have released data showing that two full hysterectomies have been performed on women detained at Irwin in the past three years. Additional firsthand accounts are now emerging from detainees who have undergone other invasive gynecological procedures that they did not fully understand or may not have been medically necessary.

The New York Times reported that Dr. Mahendra Amin, the detention center’s primary gynecologist, “seemed to consistently recommend surgical intervention, even when it did not seem medically necessary at the time and non-surgical treatment options were available.” It went on to report: “Both the reviewing doctors and all of the women interviewed by The Times raised concerns about whether Dr. Amin had adequately explained the procedures he performed or provided his patients with less invasive alternatives. Spanishspeaking women said a nurse who spoke Spanish was only sporadically present during their exams.”17 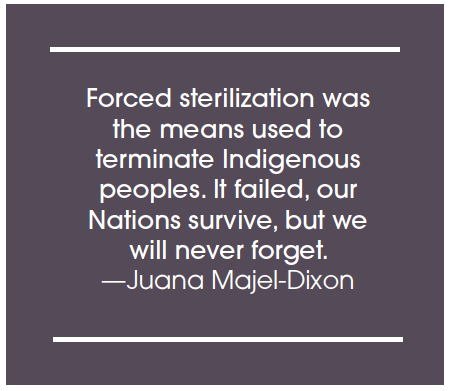 House Speaker Nancy Pelosi issued a statement in response to the whistleblower complaint. Pelosi described the conditions of the Irwin County Detention Center as “a staggering abuse of human rights.” She called for the DHS Inspector General to immediately investigate the allegations detailed in the complaint.18

On the House Floor, Representative Garcia read excerpts from a letter signed by 24 detainees. The excerpts, translated from Spanish to English by Garcia, stated:

On October 2, 2020, the House of Representatives passed a resolution condemning the hysterectomies reported at the center:

In response to the hysterectomies in ICE detention centers and support of the House Resolution, Juana Majel Dixon, NCAI Task Force Co-Chair on Violence Against Women stated, “I am deeply concerned about the allegations of the whistleblower of hysterectomies on women held at the Georgia ICE detention Center. As one of the thousands of American Indian women sterilized without my informed consent, I know the consequences of such federal policies for women and Indian Nations. Forced sterilization was the means used to terminate Indigenous peoples. It failed, our Nations survive, but we will never forget. As Indigenous peoples, we must stand in support of the House Resolution calling for an investigation of the medical procedures on women being detained without their informed consent.”