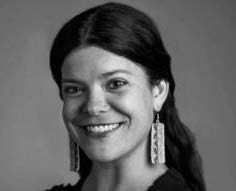 The ink had not yet dried on Justice Gorsuch’s epic McGirt masterpiece when opponents of tribal sovereignty began to attack it. The attacks on McGirt have been numerous, but the good news is that, so far, tribal leaders and sovereignty advocates (or, as Attorney General Hunter refers to us, “Sovereignty Hobbyists”) have succeeded in preserving the victory in McGirt for the generations to come. This success to date, however, should not subdue us into submission. It is critical that we remain vigilant and poised, ready to pounce, on any and all attacks on McGirt as well as all future efforts to pass anti-sovereignty legislation to “fix” McGirt.

Under Hunter’s agreement (known as the “Agreement in Principle” or the “AIP”), the State of Oklahoma stated that Oklahoma and the Five Tribes would ask Congress to pass a law limiting tribal civil jurisdiction over non-Indians to only those situations where the non-Indian has a “consensual relationship, such as contracts” with the Tribe, mirroring the Supreme Court’s 1981 decision in Montana v. United States which limited the civil jurisdiction of Tribal Nations over non- Indians on tribal lands. Such a limitation would also conflict with Section 905 of VAWA 2013 Title IX, which clarified that tribal courts have full civil jurisdiction to issue and enforce protection orders involving any person to protect victims of domestic and sexual violence.

The AIP sought to achieve many legal realities that would, if passed into law, render the Supreme Court’s decision in McGirt, a nullity. For instance, the AIP would also effectively render Oklahoma a PL-280 State, as the AIP requests that Oklahoma be granted criminal jurisdiction over Indian perpetrated crimes committed in “Indian country” that are, in non PL-280 jurisdictions, reserved for Tribal Nations and the federal government. Many tribal sovereignty advocates quickly criticized this aspect of the AIP, as Tribal Nations in PL 280 States have consistently, across the board, stated that PL 280 created a legal framework that decreases safety in tribal communities and has, since its passage by Congress in 1954, created significant problems for Tribal Nations in PL-280 States.

The AIP also asked for new legislation stating that the Five Tribes may exercise criminal jurisdiction over non-Indian “domestic abusers covered by the Violence Against Women Reauthorization Act of 2013.” This would not restore any new category of criminal jurisdiction that Tribal Nations cannot already exercise. In addition to accomplishing nothing positive for Tribal Nations and the women they seek to protect, such new legislation in the aftermath of McGirt will only create confusion going forward. For instance, if Oklahoma succeeded in getting its desired McGirt “fix” passed, what would happen when Congress re-authorizes VAWA in 2021 and restores additional categories of criminal jurisdiction that Tribes may exercise over non- Indians? Would such a subsequent re-authorization of VAWA include the Five Tribes in Oklahoma who, out of all the Tribal Nations in the United States, will be the only Tribes with their own unique legislation limiting their jurisdiction over non-Indian “domestic abusers [to the categories] covered by the Violence Against Women Reauthorization Act of 2013”? Would language be necessary to ensure that additional categories of jurisdiction restored in future VAWA re-authorizations would automatically override the language in the McGirt “fix” legislation Oklahoma now seeks? Why is the AIP necessary?

The answer it is not. It was drafted by the party that lost in the Supreme Court, and although Attorney General Hunter claimed he had reached an agreement with the Five Tribes, it became clear rather quickly that he had not. On July 17, 2020, Seminole Nation Chief Chilcoat responded to AG Hunter’s proposed agreement, stating that: “To be clear, the Seminole Nation has not been involved with discussions regarding proposed legislation between the other four tribes and the State of Oklahoma. Furthermore, the Seminole Nation has not engaged in any such discussions with the State of Oklahoma, including with the Attorney General, to develop a framework for clarifying respective jurisdictions and to ensure collaboration among tribal, state and federal authorities regarding the administration of justice across Seminole Nation lands.”

Soon after Chief Chilcoat’s statement, Muscogee (Creek) Nation Chief David Hill echoed these sentiments, stating, “Muscogee (Creek) Nation is not in agreement with the proposed Agreement-in-Principle released by the State of Oklahoma yesterday.” Chief Hill acknowledged that collaboration and intergovernmental agreements among the State of Oklahoma, the Tribes, and the federal government would be critical following McGirt, but also noted that such collaboration “does not require congressional legislation.” Attorney General Hunter seems to have abandoned his AIP, and has since moved onto other legislative “proposals.”

No doubt the abandonment of the AIP was the result of the advocacy of many Native women advocates who quickly spoke out and expressed their concerns that the AIP, if enacted into law, would bring harm to Native women and impede ability of Tribal Nations to keep us safe. The advocacy of Native women advocates was so strong, and so swift, that on July 29, Attorney General Hunter referred to us as “Sovereignty Hobbyists.” We know this is a title we earned with distinction!

On July 20, Oklahoma Governor Kevin Stitt created The Oklahoma Commission on Cooperative Sovereignty, a commission that does not include a single leader from any one of Oklahoma’s 39 federally recognized tribes. Instead, the commission is comprised entirely of oil and business executives, many of whom have fought the Indian Child Welfare Act and supported the Dakota Access Pipeline, which destroyed the sacred sites and burial grounds and imperiled the drinking water supply of the Standing Rock Sioux Tribe. While the Commission contains multiple billionaires and millionaires, it does not contain a single Native person, or anyone who understands the connection between tribal sovereignty and the safety of Native women.

Almost immediately after Governor Stitt announced his Commission on Cooperative Sovereignty (that apparently does not want to cooperate with, or involve, Tribal Nations), Senator Inhofe said the Court’s historic decision affirming the Muscogee (Creek) Nation’s continued sovereign existence is problematic for oil and gas companies. In response, he’s insisting he must introduce a solution. But rather than requesting input from tribal leaders or the Native women who are most impacted by McGirt, Inhofe formally solicited comments from private corporations — ranging from oil and gas giants to Amazon, American Airlines, and even Wal-Mart. Senator Inhofe gave these private corporate interests until August 21 to comment on how the Court’s historic decision might impact them so he can ascertain how best to craft his solution, which he stated he would introduce soon thereafter.

On August 13, nearly every Native and tribal advocacy organization (including the National Congress of the American Indians) sent a letter to Senator Inhofe, copying all members of the Oklahoma Congressional Delegation, stating:

It has come to our attention that staff members of the Oklahoma congressional delegation have formed a working group with the ostensible purpose of establishing, in a matter of weeks, proposed legislation to abrogate the tribal sovereignty upheld by the Supreme Court in its July 9, 2020 decision in McGirt v. Oklahoma. We fear that any such bill could irreparably undermine the sovereignty of tribal nations across the country.

From coast to coast, tribal governments routinely govern reservations within urban areas with high non-Indian populations. They have done so in a manner that promotes economic development to bring about prosperity for all. Just like all sovereign governments, tribal governments work to promote business and economic growth, while ensuring economic growth does not significantly undermine the health, safety, or welfare of those living within the sovereign’s borders. Any working group tasked with discussing the realities of McGirt must and should include voices from both urban and rural reservations across the United States, where tribal leaders have succeeded in collaborating with local state governments to ensure the safety and welfare of all.

The national Native organizations pledged to oppose “any rushed process that limits discussion, limits participants, and drives towards a calculated goal of passing destructive federal legislation.”

It is now late October (as of the writing of this article), and neither Inhofe’s proposed legislation—nor Attorney General Hunter’s AIP—have come to fruition. What is clear, however, is that the anti-sovereignty interests who seek post-McGirt legislation have not ceased their efforts in achieving their desired legislation. Their initial and immediate efforts to shove harmful legislation through Congress failed, and now they are attempting to repackage (or dress in sheep’s clothing) their anti-sovereignty “fix” to McGirt.

Having abandoned his failed AIP, Attorney General Hunter most recently, on October 21, announced his latest sovereignty-sacrificing proposal, outlining a three page plan for Congress that once again invites Congress to limit tribal sovereignty by making Oklahoma essentially a PL-280 State, thereby restoring the jurisdiction the Supreme Court just determined Oklahoma had been illegally exercising. Because of the tremendous failings of Public Law 280, Congress amended the statute in 1968 to require tribal consent before a state may assume jurisdiction over a Tribal Nation’s land. Unsurprisingly, no Tribe has consented to state jurisdiction under this 1968 amendment. Many tribal leaders from Tribes in States that are subject to Public Law 280 have expressed surprise that any Tribe in Oklahoma would ask, in effect, to be a PL-280 State, given how harmful this jurisdictional transfer has been to the Tribes located in the six PL-280 States.

We oppose Oklahoma Attorney General Mike Hunter’s proposal for congressional action following the Supreme Court’s ruling in McGirt v. Oklahoma, because it is premature and may prove to be unneeded. We welcome, however, his proposal for additional dialogue. Before we discuss legislation at the national level, we must first lay the foundation for a future framework. The Five Tribes are already doing this through our individual sovereignty commissions, dialogue with elected officials and state agencies, and in partnership with the federal government. We are making substantial progress. We should take the necessary time to reason together through these issues and avoid repeating past mistakes in federal legislation regarding Indian Country.

While the Seminole Nation appreciates the sentiment of consensus building and intergovernmental cooperation upon which we believe Attorney General Mike Hunter’s proposal was premised, we oppose the recommendation for Congressional authorization of state-tribal criminal jurisdiction compacts. By way of example, the Seminole Nation, like all the Five Tribes, already has a state-tribal agreement on criminal justice in the area of policing through cross-deputization. These intergovernmental agreements demonstrate the effectiveness of existing state-tribal government-to-government cooperation and coordination, absent Congressional action. Further, any legislation enacted by Congress will deeply erode tribal sovereignty. There is simply no basis to request Congressional action because the law is clear under McGirt. It is the responsibility of the federal government to handle certain crimes committed in Indian country by Indians. Any legislation providing the State with rights to exercise criminal jurisdiction on-reservation will come at the expense of other important attributes of sovereignty. For these reasons, the Seminole Nation opposes federal legislation relating to state-tribal criminal jurisdiction compacts.

And, of course, Muscogee (Creek) Nation held its ground, stating:

We have yet to examine the details of Attorney General Mike Hunter’s latest request for federal legislation responding to the McGirt decision, but we have still not found any compelling evidence demonstrating such a federal response is necessary. At first look, it appears that what AG Hunter is proposing already exists under federal law. P.L. 280, allows for the transfer of subject matter jurisdiction to the state. But the historical record shows that tribes that have voluntarily relinquished their authority have found themselves trapped and unable to ever recover their sovereignty.

Senator Inhofe and Attorney General Hunter have not given up. They will continue to push for legislation designed to either serve the private corporate interests of oil and gas companies—or seeks to restore the jurisdiction that Oklahoma illegally exercised for over a hundred years.

Now is the time to continue to stand. Stand for sovereignty. Stand for and with Muscogee (Creek) Nation. Stand for safety for Native women.