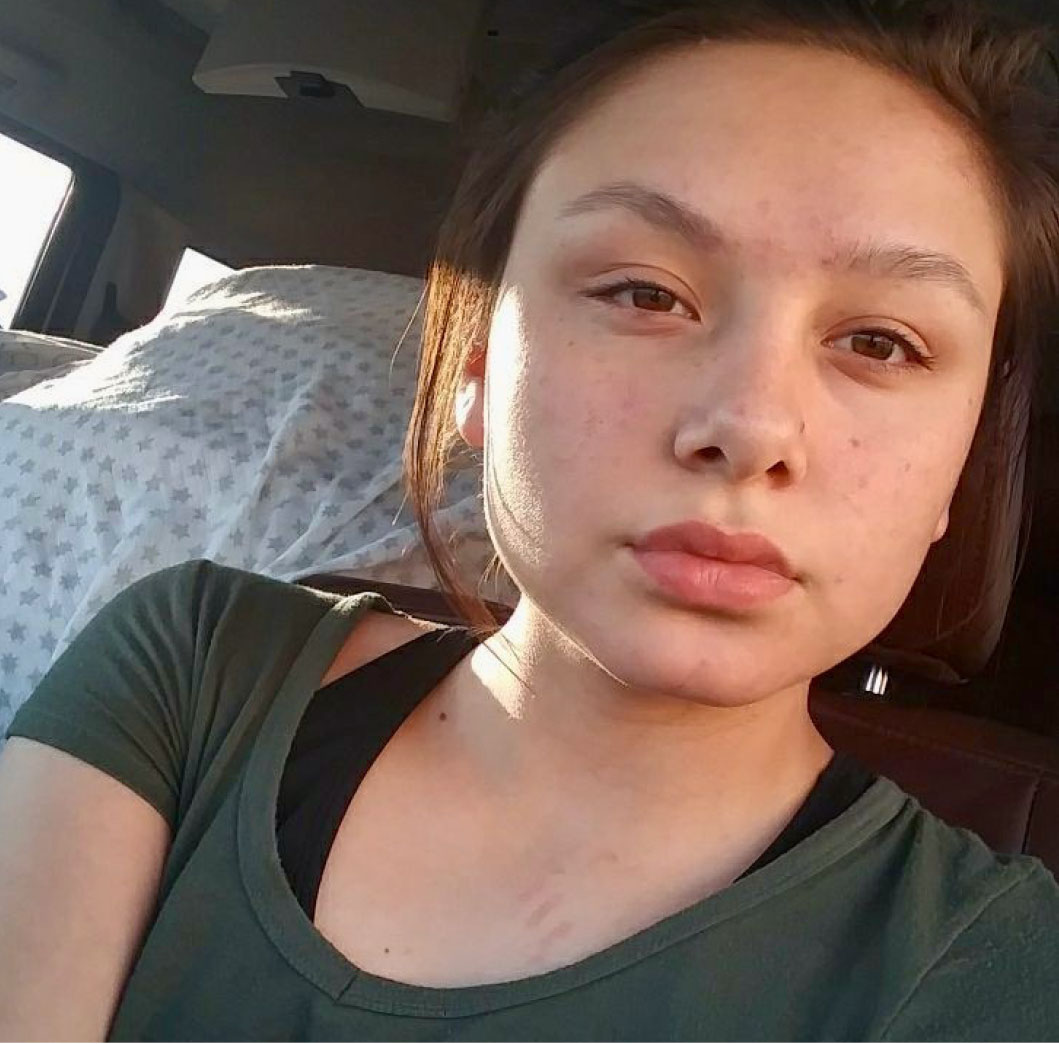 On August 14, 2019, Kaysera Stops Pretty Places (Crow/ Northern Cheyenne) celebrated her 18th birthday. She played basketball and football, ran cross country, and performed in several school theatre productions. She had dreams of becoming an actress and a performer. She had a lot to look forward to.

Ten days later, on August 24, 2019, she went missing in a suburban neighborhood of Hardin, Montana, less than a half mile off of the Crow Reservation. Her body was found in the same neighborhood where she was last seen alive, on the morning of August 29, 2019. Law enforcement, however, did not inform the family that Kaysera’s body had been found until September 11—almost two weeks later.

Since September 11, 2019, the family has worked diligently to collect and share evidence regarding Kaysera’s murder and the suspicious circumstances surrounding her tragic death. The family has shared significant evidence and tips with the Federal Bureau of Investigation (FBI), the Big Horn County Sheriff’s Office, and the Montana Department of Justice. So far, all three of these agencies have done absolutely nothing. 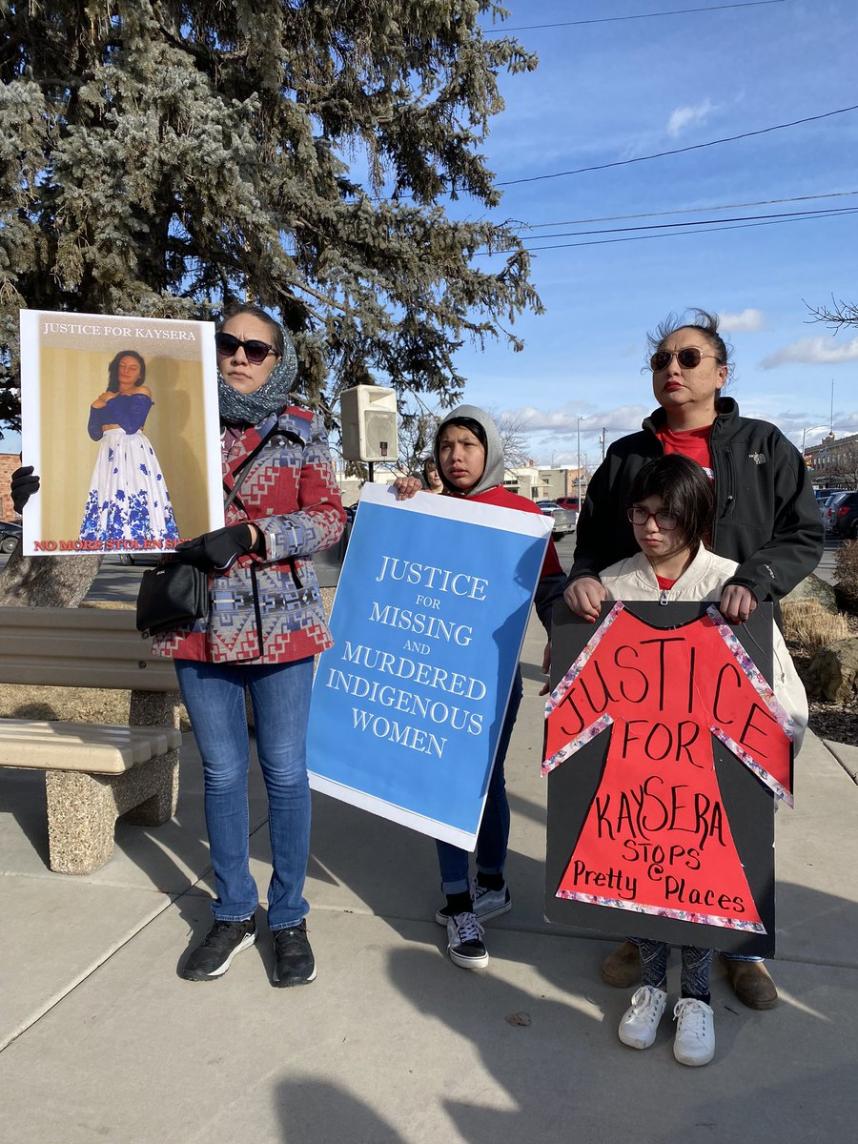 This summer, the family of Kaysera Stops Pretty Places, the Sovereign Bodies Institute, the National Indigenous Women’s Resource Center, and attorneys at Pipestem Law launched a three-week campaign—#JusticeForKaysera—in honor of Kaysera’s memory and to demand justice for her and her family.

“We have been ignored,” said Grace Bulltail, Kaysera’s auntie. “We have written letters, requested meetings, made phone calls, provided witness statements—we have done all that we can possibly imagine to convince law enforcement to investigate the murder of my niece.”

Each day from August 24—the day Kaysera went missing— through September 11—the day her body was found, fellow survivors, tribal leaders, advocates, and allies joined in events including webinars, Twitter storms, or sending letters to policymakers in honor Kaysera’s memory or to call for justice for her and her family. The campaign ended on September 11, the day that the Big Horn County Sheriff’s Office finally notified the family they had found Kaysera’s body. “The goal of these events were first and foremost to honor the life and memory of my niece, Kaysera,” Bulltail said.

“She would have been 19 this year, and those responsible for ending her life must be brought to justice. On the one year anniversary of her murder, my hope and prayer is that our call for justice for Kaysera will shed a light on the injustices that our Native families face not just in Big Horn County, but all across the United States.” 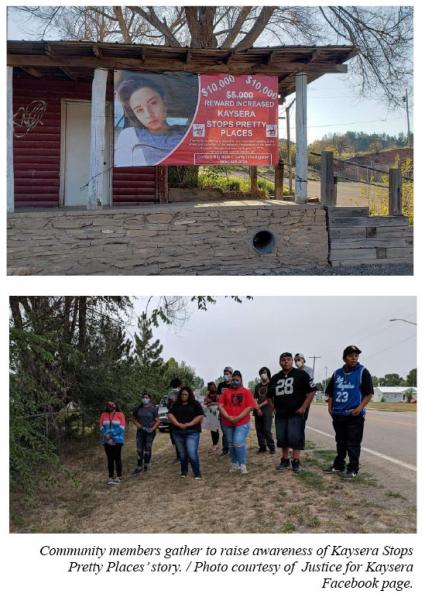 The campaign events that were held are listed below: