A Tribal Perspective on Consultation to Increase Safety for Native Women

Effective consultation between tribes and federal agencies requires trust between all parties, it is an indispensable element in establishing a solid consultative relationship. Improving relationships, trust between entities, and the consultation process is a goal of mine in my role as the Senior Native Affairs Advisor at the National Indigenous Women’s Resource Center.

In my previous role as Associate Director for Tribal Affairs at the U.S. Department of Health and Human Services (HHS), I was responsible for providing expert analysis, advice, and guidance to senior and political leadership on policy, regulatory and legislative issues that have a significant and direct impact on tribal governments and tribal organizations administering HHS programs. While my role was to advise, I was only able to do my job through the important input and feedback HHS received through tribal consultation.

My knowledge and understanding of tribal consultation have been shaped by my experience at HHS; however, as a tribal member and policy professional, it is evident that the consultation process throughout the federal government is inconsistent, flawed, and not functioning appropriately to ensure tribes’ concerns are considered in the policy making process.

Tribal governments have a unique legal relationship with the federal government as set forth in the Constitution of the United States, treaties, statutes, and court decisions. To establish and maintain a positive government-to-government relationship, communication and consultation must occur on an ongoing basis so that Tribes have an opportunity to provide meaningful and timely input on issues that may have a substantial direct effect on their people and communities.

Executive Order 13175 affirmed the federal government’s commitment to tribal sovereignty, self- determination, and self-government.1 Its purpose is to ensure that all Executive departments and agencies consult with Indian tribes and respect tribal sovereignty as they develop policy on issues that impact Indian communities.2 Established in 2000 by President Bill Clinton, it has since been reaffirmed by President George W. Bush3 and President Barack Obama. In 2009, President Obama directed federal agencies to engage in regular and meaningful consultation and collaboration with tribal officials in policy decisions that have tribal implications including, as an initial step, through the complete and consistent implementation of Executive Order 13175.4

While Executive Order 13175, legislation that mandates tribal consultation (VAWA 2005), and individual federal agency tribal consultation policies exist, we know that consultation is still lacking in many areas, is not effective for tribes, and is less than meaningful. VAWA 2005 statutorily mandated annual consultation on violence against Indian women, clearly recognizing the urgent need to address the barriers to their safety. It further mandated a report to Congress following the consultation containing the tribal concerns and recommendations, and the federal response, the actions and progress of the federal departments. There are many consequences of failing to meet this consultation mandate. The loss of life and suffering endured by Native women and resulting trauma upon their families, tribes, and communities make this failure unconscionable. All consultations are important, but for these reasons, the VAWA mandated consultation holds the potential to save lives.

In closing, I am excited to begin my role at NIWRC and look forward to partner with you as tribal leaders and tribal organizations to work with federal agencies to improve consultation to make it more effective and meaningful toward increasing safety for Native women. 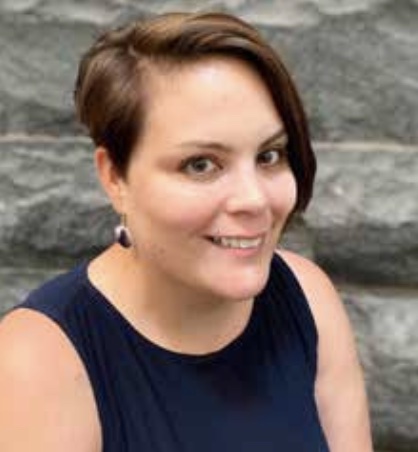 "NIWRC is excited and welcomes Elizabeth Carr as our new Senior Native Affairs Advisor to be based in Washington. Elizabeth brings over a decade of experience and expertise in national policy and programming efforts with American Indian tribes and tribal- federal relations."—Lucy Simpson, Executive Director, NIWRC

Elizabeth Carr most recently served as the Associate Director for Tribal Affairs in the Office of Intergovernmental and External Affairs at the U.S. Department of Health and Human Services. While at USHHS she was responsible for providing expert analysis, advice, and guidance to senior and political leadership on policy, regulatory and legislative issues that have a significant and direct impact on tribal governments and tribal organizations administering HHS programs. She brings to NIWRC extensive knowledge in managing and improving federal- tribal relations and experience dedicated to the analysis, development, and implementation of federal policy related to tribal governments.

The NIWRC is engaged in on- going national strategic policy and legislative reform efforts to enhance the sovereign authority of Indian nations to protect Native women. Elizabeth Carr’s experience and expertise will significantly contribute to the national public policy and educational efforts of NIWRC. It is perfect timing for Elizabeth Carr to join NIWRC as preparations for the 2019 VAWA mandated annual consultation are underway. Ms. Carr brings to NIWRC nearly ten years of experience in the implementation of Federal Executive Order 13175 Consultation and Coordination with Indian Tribal Governments and carrying out consultation responsibilities to ensure that the consultation process is meaningful and offers tribal governments the opportunity to provide timely input.

“I am excited to begin working at NIWRC during this very pivotal time. It is an honor to have the opportunity to continue working on tribal issues and one as important as protecting Native women.”

Elizabeth is an enrolled member of the Sault Ste. Marie Tribe of Chippewa Indians and lives in Washington. Ms. Carr joined NIWRC on April 29, 2019.