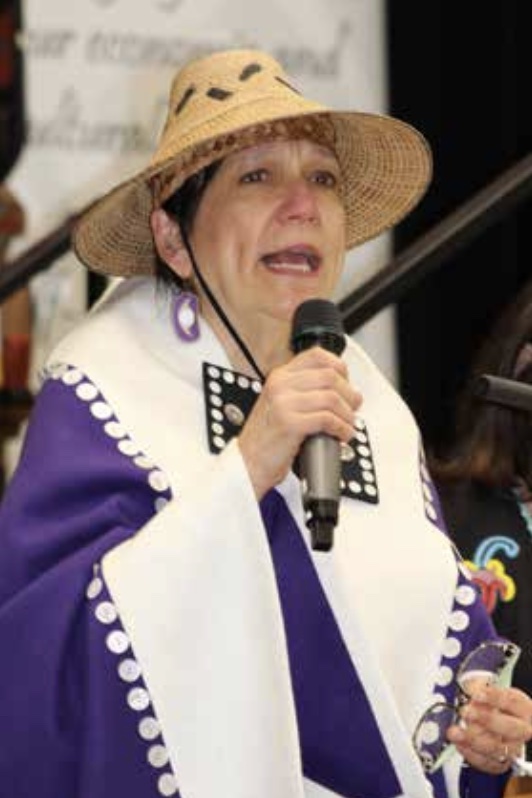 At the 2018 consultation in Sioux Falls, SD, Indian tribes presented the legal, policy, and administrative issues preventing their governments from safeguarding the lives of Indian women. Many of the barriers identified by tribal leaders were legal ones—existing laws passed by Congress, U.S. Supreme Court rulings from decades ago, or administrative policies of federal departments. Tribal leaders highlighted priority concerns and recommendations, including the following:

This year’s consultation occurs at a time when both the VAWA and the Family Violence Prevention Services Act have expired and must be reauthorized in 2019. It is also during a time when other significant legislation to address the safety of Native women is pending such  as the amendment to the Crime Victim Fund to create a “permanent” dedicated funding stream for Indian tribes in the SURVIVE Act introduced in both the Senate and House.

“Under the consultation mandate, the federal departments—Departments of Justice, Health and Human Services, and Interior—must each consult annually with Indian nations on issues concerning the safety of Indian women. The annual consultation is to provide the vehicle and central point for the exchange between Indian tribes and these three federal departments.” —Juana Majel, Co-Chair, NCAI Task Force on Violence Against Women.

“While federal departments and agencies can also consult on their particular issues, these three departments are mandated by Congress to consult. The statute is clear. It states that during the annual consultation, “the Secretary of the Department of Health and Human Services and the Attorney General shall solicit recommendations from Indian tribes.” In 2013 the Secretary of the Interior was added as a mandated participating federal agency. While these federal departments also consult on their particular issues, these departments are mandated to consult specifically on issues listed under the VAWA statute. This is essential because perpetrators understand the loopholes in state and federal laws and evade accountability. Creating some of the deadliest situations in the United States. It is essential that all three of the central agencies be at the consultation table. Why? Because addressing this crisis is not piecemeal. The silos federal departments create to run their departments do not benefit the tribal communities these programs were designed to serve. It will take extensive coordination to remove the legal and policy barriers and implement the lifesaving reforms of VAWA.”—Michelle Demmert, Co-Chair, NCAI Task Force on Violence Against Women.

To continue to increase protections for Native women, Indian nations need to continuously identify the roadblocks and solutions that will allow tribal nations as governments to protect women. This section of Restoration is offered to assist tribal leaders and the movement in preparing for the 2019 consultation.

Progress Made Based on the VAWA Annual Consultation Process

The 2019 VAWA consultation marks 14 years of annual consultations between Indian tribes and federal departments on issues concerning violence against American Indian and Alaska Native women. This consistent dialogue between tribal governments and the federal departments on the highest priorities to
be addressed has created a steady process of change addressing foundational issues and also changes to increase safety in the day-to-day lives of Indian women.

“Reforms under VAWA are a process, and each amendment is a stepping stone toward our goal of strengthening Indian tribal authority to protect their women citizens. With each amendment, we see movement toward providing more resources for Indian tribes as governments to address violence against women. The speed in reforming the antiquated system under which we live must increase so that Native women can live free from violence.”—Lucy Simpson, Executive Director, NIWRC

(a) In General—The Attorney General shall conduct annual consultations with Indian tribal governments concerning the federal administration of tribal funds and programs established under this Act, the Violence Against Women Act of 1994 (Title IV of Public Law 103-322; 108 Stat. 1902), and the Violence Against Women Act of 2000 (division B of Public Law 106-386; 114 Stat. 1491).

(b) Recommendations—During consultations under subsection (a), the Secretary of the Department
of Health and Human Services and the Attorney General shall solicit recommendations from Indian tribes concerning—

(1) administering tribal funds and programs;
(2) enhancing the safety of Indian women from domestic violence, dating violence, sexual assault, and stalking; and
(3) strengthening the federal response to such violent crimes.

Since 2006, tribal leaders have raised at the annual consultation the most severe roadblocks impacting the ability of Indian tribes to protect women. The barriers identified are often legal ones—existing laws passed by Congress, U.S. Supreme Court rulings from decades ago, or administrative policies of federal departments. Removing these barriers identified by tribal leaders has required ongoing discussions and national advocacy over many years.

Changes to federal law and policies are complicated due to the layers of federal Indian law. Addressing many of these barriers requires Congressional action that can occur through changes to federal law and at times budget appropriations. And some obstacles do not require Congressional action and can be made by administrative action of a federal department through changes to policies.

“The Attorney General submits to Congress an annual report that:

Victories from Recommendations Raised by Indian Tribes During Consultation

Issues raised by tribal leaders during annual VAWA mandated consultation have resulted in steps forward
to increase the safety of Native women. These gains were won based on the hard work of the national movement over many decades. The increased resources have provided the support needed to implement the necessary changes, and other changes recognize the cultural difference between tribal and non-tribal services. Listed below are examples of key changes since the annual consultation was mandated by VAWA in 2005. The challenge to our movement, tribal leaders and federal departments is to continue the forward direction of prior consultations and uphold the government-to- government consultation mandate.

2007 OVW Policy Change—Allowing children to be present at OVW-funded events.

2010 Congressional Act—Increase in sentencing limitation on tribal courts from a maximum of 1-year incarceration per offense to up to 3 years for a single conviction under the Tribal Law and Order Act amending the Indian Civil Rights Act.

2013 Congressional Act—Return of jurisdiction over specific non-Indian domestic violence abusers and increase in funding for the tribal coalition grant program.

Preparation for Consultation at the Tribal, Regional and National Levels

The NCAI Task Force since the first consultation in 2006, has assisted Indian tribes in preparing for the consultation. The Task Force organizes a national webinar to 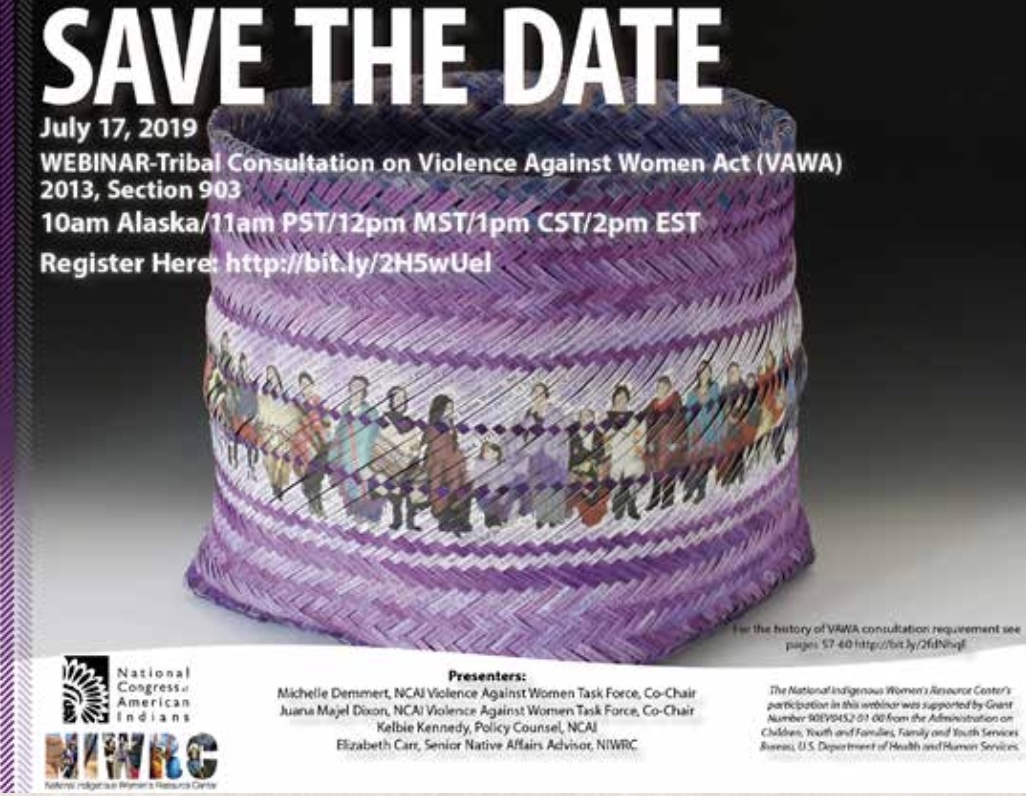 As in past years, this Restoration provides a review of previous concerns and recommendations made by tribal leaders addressing the three broad statutory areas identified for consultation, and any pending legislation addressing the concerns. This section also references where relevant the tribal provisions contained in the Tribal Title and other federal statutes.

Since the first consultation in 2006 the VAWA mandated consultation process organized by OVW has improved. Many of these improvements were mandated by the VAWA of 2005 and 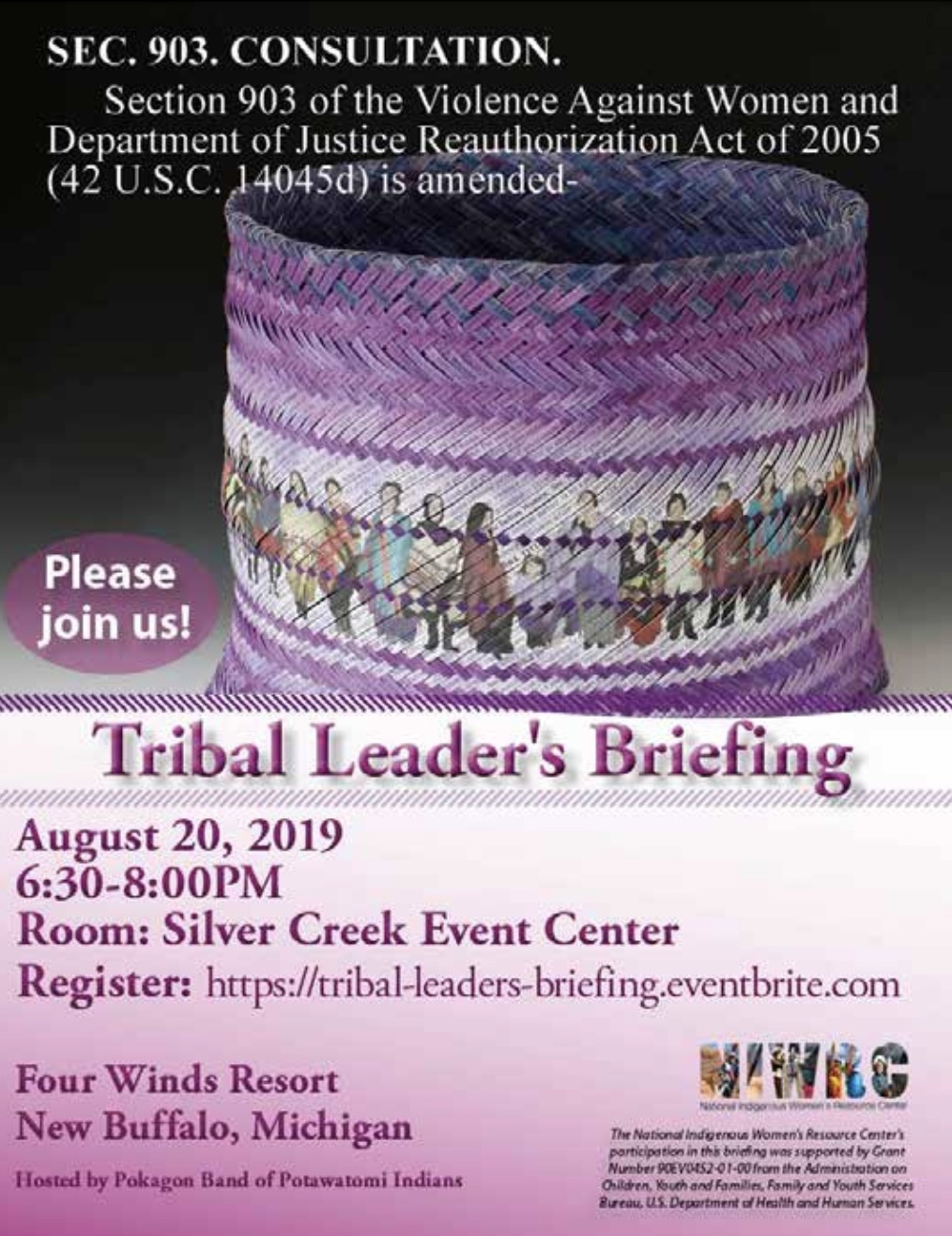 the additional amendments under VAWA 2013. In general, the tribal concerns focus on maintaining the government-to-government relationship of the annual consultation.

The concerns previously raised have included the following: