Courtesy of the 24th Navajo Nation Council, Office of the Speaker 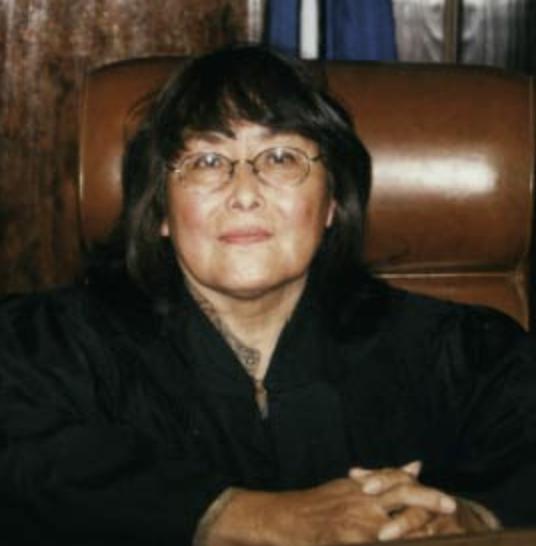 “Justice Ferguson was the first Associate Justice of the Navajo Nation Supreme Court to be fully confirmed by the Navajo Nation Council. Her sacred role in pushing Navajo sovereignty forward through her service on the Supreme Court will be remembered for generations to come. Justice Ferguson’s mentorship positively affected the way Navajo clerks and attorneys consider the unique aspects of tradition and culture, and how Navajo law can come to embody equity in our developing government,” said Speaker Seth Damon.

Prior to her confirmation, Justice Ferguson garnered significant experience as part of the Navajo Nation Judicial Branch starting in 1992. Her assignments included sharing case loads at the Kayenta District Court, the Canoncito and Alamo Courts, and in other Judicial Districts across the Navajo Nation.

Justice Ferguson provided invaluable judiciary expertise for the Navajo Nation in cases involving domestic violence, drug-related issues and other family court matters. Though not yet appointed at the time, then- Judge Ferguson was called upon by the Supreme Court to sit on several significant cases, including Means v Davis, Nez v Peabody Western Coal Co. and Thriftway v Burnside.

“Support from the Navajo People and Tribal communities across the country has been encouraging,” said Council Delegate Mark Freeland, a relative to Justice Ferguson. “This is a sad moment for family and friends, but to see the light and inspiration follow from the life she led serving our People brings us hope. We will miss her and the leadership she provided.”

Justice Ferguson was from Fort Defiance, where she graduated from Window Rock High School in 1961. She earned her Juris Doctor from the University of New Mexico School of Law in 1983 after earning her B.A. from Fort Lewis College in 1965.

“We pray the family finds peace in knowing the Navajo People look up to the example she set before us,” said Speaker Damon.