On May 10, 2012, Cherrah Giles—a citizen and a former elected tribal council member of the Muscogee (Creek) Nation—spoke at a briefing sponsored by the Congressional Native American Caucus in support of the tribal VAWA jurisdictional amendments that became law in 2013. (Photo courtesy of NIWRC).

Increased Services for Native Women Can Save Lives

Why FVPSA Tribal Funding Must Increase

Muscogee (Creek) Nation tribal council meeting with finger and handprints on her neck. She sat with her head down and hair pulled forward to hide the marks from her fellow council members. These marks were a testament to Giles’ life at home, where three hours earlier, her partner had beaten and choked her.

Today, Giles is the Board Chairwoman of the National Indigenous Women’s Resource Center. She has organized at the tribal, regional and national levels to reform laws and remove barriers to the safety of Native women since 2012. For Giles, as for so many other Native women, this history of abuse was not a single occurrence––it was a part of everyday life.

“What I experienced was a pattern of day-to-day incidents of physical and emotional abuse known as domestic violence,” Giles said in her 2012 testimony to the House of Representatives. “I want to stress that the repeated acts of violence constituted a pattern of on-going terror in my life.”

She was just fifteen when the boy she was dating began abusing her.

“At a time when I should have experienced the joys of high school and becoming a woman, I experienced violence from being hit, kicked, and punched. I endured humiliating acts from being spit upon, having my hair pulled, a knife pulled on me, cigarettes put out on my face, to full beer cans thrown at my head. I have had the experience of going to high school with bruises and a black eye.”

Yet despite her dire need for domestic violence services, Giles had nowhere to turn for help.

“At the time, there were no tribal programs for teens and young women being abused as a result of teen dating violence.”

So she continued to suffer in silence.

At sixteen, Giles became pregnant with this same boy. She became a teen mom while having to endure continued abuse. “Again, there were no tribal dating violence services for teen pregnant women like me,” she noted.

At twenty-four, Giles became the youngest female elected to the Muscogee (Creek) Nation National Council. She lived a very public life, attending tribal council meetings, traveling for her Nation, and speaking at hundreds of public events. And through it all, the abuse continued.

“On numerous occasions, I conducted my professional duties with bruises on my body. I kept these bruises hidden by my clothing, as I feared a stigma of weakness from being a victim.”

But in 2008, as Giles sat in that tribal council meeting with handprints on her neck, she suddenly knew she had to take action.

“It was after that meeting I had my moment of change and I realized it had to stop. I had to get out of this cycle of abuse.”

Soon after this meeting, Giles sought help through the Muscogee (Creek) Family Violence Prevention Program (FVPP), which had been created a few years earlier. It was not until her Nation launched this program that Giles even realized she was a victim of domestic violence.

“I am so grateful that this program was available and that it existed. It helped me to stop the violence in my life, as I now knew the experience of seeking help,” Giles said.

In essence, the Family Violence Prevention Program saved her life.

“If tribal services geared towards domestic abuse and violence had not been available, I’m certain I would not be speaking today,” Giles stated. “I’m certain I would have remained in the cycle of abuse with an attitude of ‘no way out’ and accepting of a life of violence put upon me. My life is now in a better place, free of abuse thanks to the aid and assistance from these tribal services.”

These tribal services that allowed Giles to escape her abusive situation are funded through the Family Violence Prevention and Services Act (FVPSA). FVPSA is the primary federal funding stream dedicated to the support of emergency shelter and related assistance for victims of domestic violence and their children.2

As a young girl, Giles did not have access to programs like FVPP. Because there were no federal funding systems for tribal domestic violence programs at the time, these programs simply did not exist. But FVPSA provided the life-saving resources that Giles needed to escape her fifteen-year-long situation of violence.

Yet, although FVPSA funding has enabled tribal programs to save the lives of hundreds of sexual and domestic violence victims, Native women continue to suffer incredibly high rates of violence. 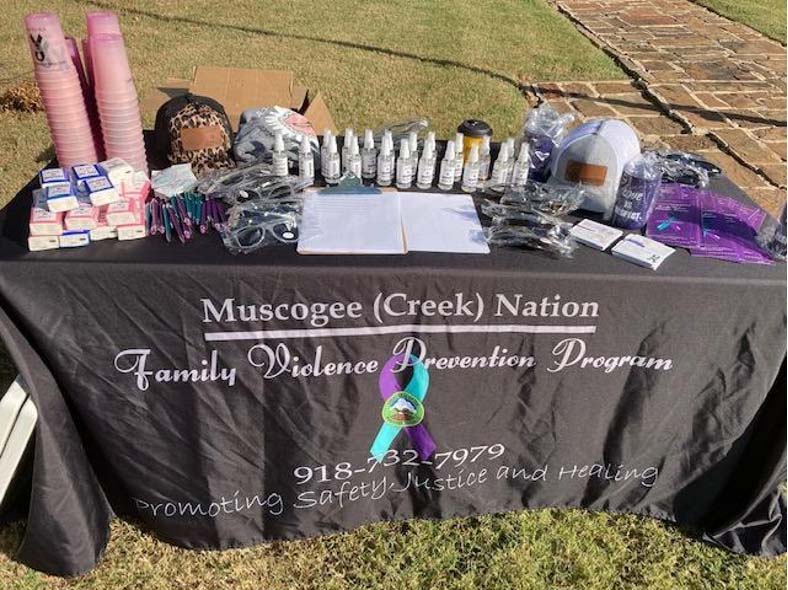 Indigenous services for Indigenous women are specific to and centered by Indigenous peoples. The increased funding to Indian tribes under FVPSA 2021 Reauthorization is essential and urgently needed. Only by allocating increased funds to tribes themselves can tribal members develop programs that truly address the needs of Native victims of domestic and sexual violence.

Call on your Senators to understand why they must support a FVPSA bill with tribal provisions contained in S. 1275. These provisions meet the needs of Indian tribes and increase shelters and services for Native women and survivors. Find your senator: bit.ly/3aZEaYC