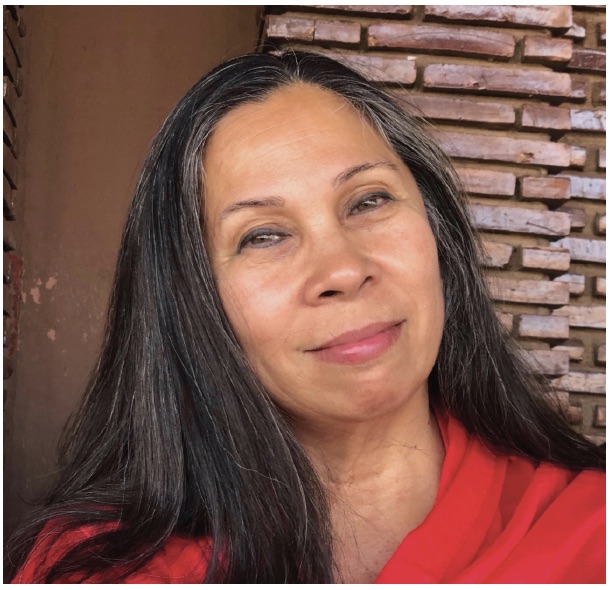 Understanding the Beginnings of the Violence and the Path Forward

Restoration of Native Sovereignty and Safety for Native Women is the national publication of the National Indigenous Women's Resource Center. Restoration is designed to inform tribal leadership, Indigenous communities, and allies of emerging and ongoing issues impacting the safety of Indigenous women and provide political analysis to address such issues. The goal of Restoration is to support social justice organizing to create the changes needed to increase the safety of Native women.

How is Restoration Distinct: A Strategic Tribal Framework to Restore Safety

The guiding framework of Restoration links the contemporary spectrum of violence committed against Native women to the historical pattern of governmental violence used to diminish the sovereign authority of American Indian Nations to safeguard the lives of their women citizens. The name of the publication reflects the grassroots strategy that by strengthening the sovereignty of Indian Nations, the original Indigenous protections to safeguard the wellbeing and safety of Native women will be strengthened.

The framework of Restoration is grounded in an Indigenous worldview. Content is developed from the viewpoint of how the various attacks on and systemic barriers to the safety of Indigenous women are understood through the eyes of these very women; how Indigenous women, Indian tribes, and Native Hawaiian people address the violence. The analysis, proposed solutions, changes, or reforms are developed from a perspective of strengthening the support needed for Indigenous women. This view is generally absent in reform efforts of federal departments charged with the “responsibility to assist tribal governments with safeguarding the lives of Indian women.”

The current movement emerged because of the advocacy of American Indian women in the late 70s. While rising to support many broader related attacks on Indian tribes, this tribal framework has guided the movement to focus on specific advocacy for the safety of Indigenous women, including Native Hawaiian women. Restoration has maintained this tribal framework for almost two decades.

Restoration is intended to support organizing efforts to build the response of the national movement through the ongoing identification of priority issues and developing unity on necessary actions. The consistent presentation of analysis of issues from a systemic vantage point supports a process of unity in action.

“Who is going to advocate for the safety of Native women if not us?”—Tillie Black Bear (Sicangu Lakota)

Restoration was founded in 2003 during the organizing efforts to include the historic Safety for Indian Women Act in the VAWA 2005. Several national tribal organizations united in this effort and realized that a primary barrier to the passage of the tribal title was the lack of a shared understanding of the obstacles embedded in the legal infrastructure of the United States. Unlike other populations, the vulnerabilities created by systemic barriers create multilayered obstacles to safeguard the safety of Indigenous women. Advocates and tribal leaders needed detailed explanations of how these barriers embedded in federal Indian law made Native women vulnerable in their daily lives.

The original VAWA of 1995 and 2000, while inclusive of Indian tribes in terms of minimal funding and recognition of tribal protection orders, did not address the underlying legal foundation allowing the violence to exist and continue generation after generation without consequences. Restoration was intended to explain and connect the spectrum of violence committed against Native women to the historic and current federal laws that destroyed many of the traditional social protections for women within their tribes. In 2003, the importance and role of this type of public policy organizing and its connection to individual advocacy for women were new to the developing national movement.

Identification of a Six-Point Action Plan

Over the last two decades, the national movement for the safety of Indigenous women has continuously matured. One clear indication of this development as a national movement is the response to the crisis of Missing and Murdered Indigenous Women and Girls (MMIWG). From April 29-May 5, 2021, national Indigenous sister organizations rallied to collectively organize a national week of action, with families of missing and murdered Indigenous women informing the movement and participating in these events. These organizing efforts lifting the voices of survivors, built on past efforts, added the voices of Alaska Native and Native Hawaiian women and the need for continued advocacy for Indigenous women on an international level.

The various legal and legislative victories have resulted due to the national movement’s political clarity. As part of these efforts, during the organizing for the MMIWG national week, NIWRC offered a six-point action plan presented on page 49 as the expression of our political unity in action. The six points outlined the key issues to be addressed in organizing to increase the safety of Native women and address the MMIWG crisis in general.

Restoration has consistently, for nearly two decades, supported the growth of a national social justice movement to increase the safety of Indigenous women. Due to the political content and tribal framework of Restoration, the original funding of the publication came from Indian tribes and private foundations. Today, funding from Indian tribes, advocates, Native organizations, and small Native and non-Native businesses is integral to the continuation of Restoration’s support for the movement to restore safety through legislative and public policy efforts.

In looking at the challenges ahead, we ask you to support Restoration in continuing the process as relatives to understand our oppression as Indigenous peoples and the direction forward to safety.

Editor, Restoration of Native Sovereignty and Safety for Native Women