A Call for Appropriations for a Native Hawaiʻian Resource Center

(We apologize for printed copies of this article because the ʻokina was mistakenly changed to an apostrophe.)

The Pouhana O Na Wāhine (Pillars of Women) is calling on the House Committee on Appropriations to fund a Native Hawaiʻian Resource Center on Domestic Violence. On February 11-12, 2020, the U.S. House of Representatives, Committee on Appropriations Subcommittee held a public hearing on American Indian and Alaska Native appropriations concerns. The Pouhana O Na Wāhine, in written testimony, requested an appropriation of $500,000 for a resource center currently authorized under the Family Violence Prevention and Services Act (FVPSA).

Native Hawaiʻians have governed as an Indigenous nation long before the formation of the United States. The 1993 Apology to Native Hawaiʻians apologized on behalf of the United States for the overthrow of the Kingdom of Hawaiʻi in 1893. It recognized “..the long-range economic and social changes in Hawaiʻi over the nineteenth and early twentieth centuries have been devastating to the population and to the health and well-being of the Hawaiʻian people.” These devastating changes are reflected in the many disparities Native Hawaiʻians experience. As Native Hawaiʻian women, we are particularly concerned about domestic violence and related injustices, including dating violence, sexual violence, stalking, abductions, homicides, and sex trafficking.

Congress recognized and has funded such a center, the Alaska Native Women’s Resource Center (AKNWRC), since 2017. The Pouhana O Na Wāhine, with NIWRC’s coordination, has discussed and exchanged ideas with the AKNWRC about developing Indigenous responses based on Native Hawaiʻian voices, language, and teachings.

High Risk of Domestic Violence and Sex Trafficking
A Native Hawaiʻian Resource Center on Domestic Violence could help address what was documented in a 2018 report on the health of Native Hawaiʻian women by the Office on Hawaiian Affairs. It found “…Native Hawaiʻian women appear to experience intimate partner violence early in their lives, as 20.6% of Native Hawaiʻian women ages 18 to 29 years old report experiencing IPV, compared with 13.3% of non-Hawaiʻian women of the same age range. Here, we can start to understand the connection between IPV in high school girls grades 9-12, and rates among young adults aged 18-29. The most disparate rates of IPV are experienced 50% higher by wāhine aged 45-59 years old than non-Hawaiʻian women (12.60% vs. 21.00%).” The 2020 Senate Resolution 36 that observed January as National Trafficking and Modern Slavery Prevention Month states: “...the Administration for Native Americans of the Department of Health and Human Services reports that American Indian, Alaska Native, and Pacific Islander women and girls have a heightened risk for sex trafficking.” The Hawaiʻi State Commission on the Status of Women and Arizona State University released three reports between September 2018 to January 2020 on Sex Trafficking in Hawaiʻi, and among the findings are that 64% of survivors identified as being part Native Hawaiʻian. In fact, the first trafficking case was documented in 1825 that resulted in a kapu (chiefly oral pronouncements) on prostitution that forbade Native women from traveling to foreign whaling ships, which could be seen as Native Hawaiʻian chiefs protecting Native women from the demands of foreign ship captains for sex during their whaling voyages. 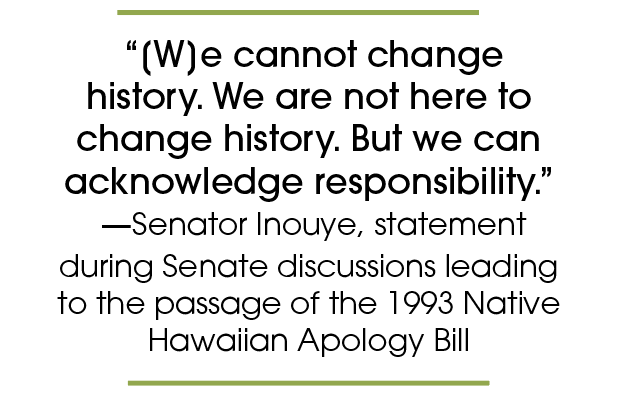 In the last reauthorization of FVPSA in 2010, thanks to late Senators Daniel Akaka and Daniel Inouye’s leadership, Congress amended the section on training and technical assistance centers to include a Native Hawaiʻian Resource Center on Domestic Violence. The amended section authorizes funding of “state resource centers to reduce disparities in domestic violence in states with high proportions of Indian (including Alaska  Native) or “Native Hawaiian” populations. The grants for state resource centers are to support “statewide information, training, and technical assistance to Indian tribes, tribal organizations, and local domestic violence service organizations serving Indians (including Alaska Natives) or Native Hawaiʻians, in a culturally sensitive and relevant manner.” 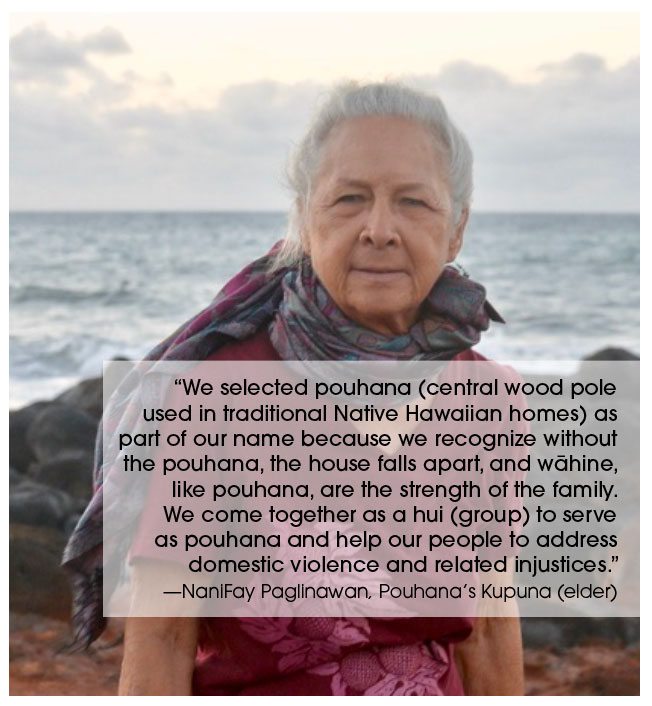