Rising for Justice for MMIW 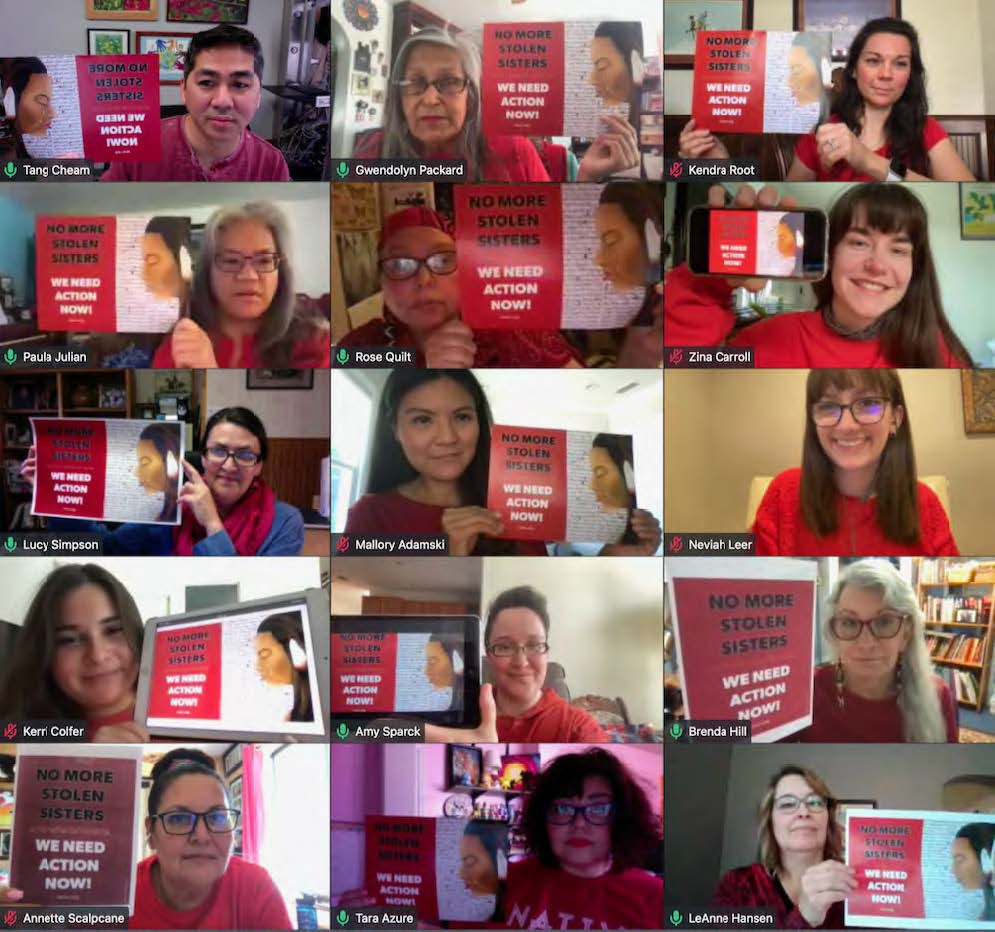 A Call for Foundational and Permanent Change

Attention to the crisis of Missing and Murdered Indigenous Women (MMIW) is exploding nationally and internationally.

A “crisis” by definition typically shocks the senses. The families and communities of MMIW have felt this shock since contact —the loss, the grieving, and the reality that “help is not coming.”

Has the federal government felt the shock or after-shock and ready to take meaningful action?

While the list of congressional acts and presidential orders reversing past bad U.S. federal Indian law has  grown,  every day is a day too late in the suffering and injustice of Indigenous women.

NIWRC and six national organizations linked by years of our shared mission to end violence against women have issued a 6-point action plan. The plan addresses violence against Indigenous women on a systemic level.

The six points look to systemic barriers rather than instances of individual wrongdoing. They focus on the responsibilities of the government rather than individuals in government positions who fail to respond and support safety for Native women. While individuals must be held accountable, the system itself continues to endanger the lives of generations of Indigenous women. By changing the rules, the legitimacy of individuals who abuse their authority and do not serve Native women will be exposed and prevented.

The 6-point action plan is a pointed statement that the crisis of MMIW occurs in the context of a spectrum of violence against Indigenous women. A spectrum resting on the laws and policies of the United States toward American Indian, Alaska Native, and Native Hawaiian Nations and peoples. The six points connect to concrete reforms in law and policy that Congress and the Biden-Harris Administration can enact and adopt to reduce the current death toll of Indigenous women.

The increased attention to the calls for justice steadily rising across the country are a source of inspiration that the lives of nieces, sisters, cousins, daughters and mothers, granddaughters and grandmothers, will not be forgotten. The families, communities, and nations of MMIW are marching and calling for justice to hold governments and our society accountable.

“As preparation begins for May 5, 2022, MMIW National Day of Awareness, we encourage local, regional, national, and international actions for justice,” said Rose Quilt (Yakama), Director of Policy and Research, NIWRC. “We are planning to release a Special MMIW Edition of the Restoration Magazine to support grassroots organizing efforts. It will offer the experiences of families of MMIW, the dissection of government policies and laws failing Native women.”