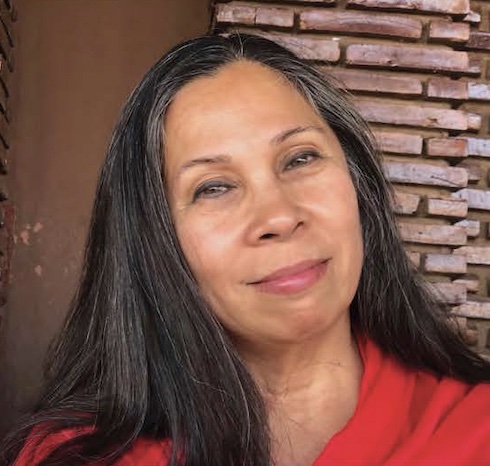 In 2010, when the National Indigenous Women's Resource Center was formed, it took on the arduous task of shepherding the Restoration Magazine forward into the future.

Restoration was launched in 2003, during the campaign to reauthorize the Violence Against Women Act (VAWA) of 2005, when national organizations came together to take a stand, calling for the inclusion of a VAWA title for Native women. These organizations recognized that for Tribal leaders, advocates, and Tribal communities to participate in the national movement fully, they needed continuous political briefings on issues impacting the safety of Native women and emerging legislation.

The first Restoration was explicitly written to be distributed during the NCAI Legislative Reception on the need to enact a separate tribal title within VAWA—Title IX, Safety for Indian Women. At the time, the magazine was a primer on violence against Native women.

On February 23, 2004, as Senators and Representatives entered room 902 of the U.S. Senate Office Building on Capitol Hill for a briefing on violence against American Indian women, they were greeted and handed a copy of the first Restoration of Native Sovereignty and Safety for Native Women.

We had no idea of the essential role Restoration would play in the coming years in providing an analysis for the movement for safety and a venue for discussion of emerging issues threatening to erode further protections Native women needed in their daily lives.

Oppression comes from the abuse of power and coercion, typically of the wealthy, using the government and often the military to justify achieving their end goals of self-enrichment.

It is achieved through the creation of myths and untruths to justify injustice and oppression.

Looking at the theft of the land and resources of Indigenous nations and the use of violence against Indigenous women in the United States, the questions to ask in the struggle for survival strategically is what goal is achieved through the oppression, and how we can win our struggle of resistance. Understanding the foundation of any emerging issue returns to these questions. Over the years, Restoration has contributed to understanding and answering these questions article by article, providing analysis to make systemic reforms, and working with the national movement to create the changes needed to the law or policies.

This struggle for safety and justice for Indigenous women will continue for generations to come.

Restoration can continue to support the movement by focusing the political lens on the reasons why, to understand the how—the path to move forward in the immediate, but more importantly, the strategic future to remove the barriers to safety and justice.

The journey to develop Restoration with the NIWRC family and our national partners was an incredible honor and privilege. I look forward to the next phase of my life supporting Restoration as an editor for law and policy issues to continue building our national movement and as a sister in the struggle to increase safety for women and sovereignty of Indian Nations.

Indigenous women are organically connected to their families, peoples, nations, and land. Restoring the safety of Native women through strengthening the sovereignty of Indian Nations is a strategy returning to the original Indigenous protections found in the beliefs and worldviews.

As the political publication of the National Indigenous Women's Resource Center, Restoration is now an institution with the strong support of Tribal leaders, advocates, and allies. The value of the publications is based on its role and contributions to the movement.

Having spent nearly two decades of my life growing Restoration, it seems a no better time than now to transition my role as editor to Mallory Adamski, the current managing editor of the magazine. The Restoration team and NIWRC’s growth over the last decade are inspirational. Mallory is an extraordinarily skilled and politically minded journalist with a strategic Indigenous worldview. She has managed Restoration for more than a year bringing the publication to a new level of depth and style as NIWRC’s national publication.

The journey to develop Restoration with the NIWRC family and our national partners was an incredible honor and privilege. I look forward to the next phase of my life supporting Restoration as an editor for law and policy issues to continue building our national movement and as a sister in the struggle to increase safety for women and sovereignty of Indian Nations.