Reforms and Increased Resources to Remove Barriers to Safety and Justice

On March 17, the House voted 244 to 172 to pass the Violence Against Women Reauthorization Act of 2021 (H.R. 1620). The bill, which was last reauthorized in 2013 and expired in 2018, was reintroduced on March 8 by Representatives Sheila Jackson Lee (D-TX), Brian Fitzpatrick (R-PA), and Jerrold Nadler (D-NY).  This bill would build on the progress of the 2013 VAWA reauthorization by reaffirming the inherent sovereign authority of Tribal Nations to hold non-Indian perpetrators accountable in cases involving child abuse, sexual assault, stalking, and sex trafficking, ensuring victims of these additional crimes have access to the same protections that Congress extended to domestic and dating violence victims in 2013.

The bill, which was developed in partnership with national and tribal advocacy organizations, also includes critical resources for Tribes to implement VAWA, as well as language creating opportunities for Tribes in Maine and Alaska to exercise Special Domestic Violence Criminal Jurisdiction (SDVCJ).

As of September, the Senate has yet to introduce its own VAWA bill, but a reintroduction is expected during the month of October.  To ensure VAWA is reauthorized this year with provisions aimed at providing tribal governments with the resources and authority they need to bring safety and justice to their communities, call to meet with your Representatives and Senators to let them know VAWA is important to you and that it must include these important tribal provisions.

On July 15, the House Committee on Education and Labor marked up H.R. 2119, the Family Violence Prevention and Services Improvement Act of 2021 (FVPSA). The bill advanced out of Committee by a vote of 26-20.

On July 21, the Senate Committee on Health, Education, Labor, and Pensions also marked up S. 1275. The bill advanced out of Committee by voice vote.

This FVPSA reauthorization bill provides critical support for shelters, coalitions, training and technical assistance centers, children’s services, emergency response hotlines, and prevention initiatives. The FVPSA is also the only federal grant program solely dedicated to domestic violence shelter and supportive services and is the primary source of funding for these services for Indian Tribes.

The FVPSA would expand grant programs and make many needed improvements so that more survivors have access to support and safety, including:

The House will vote on FVPSA during the week of September 27, 2021. 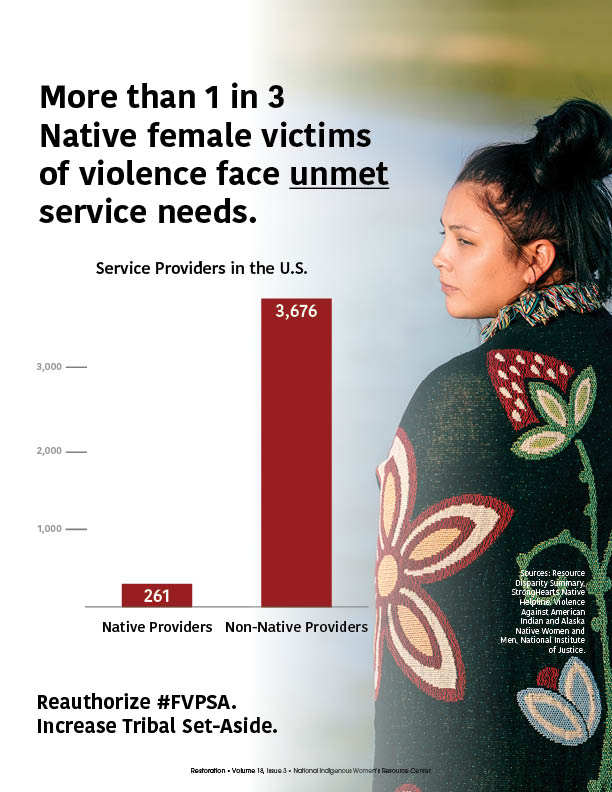