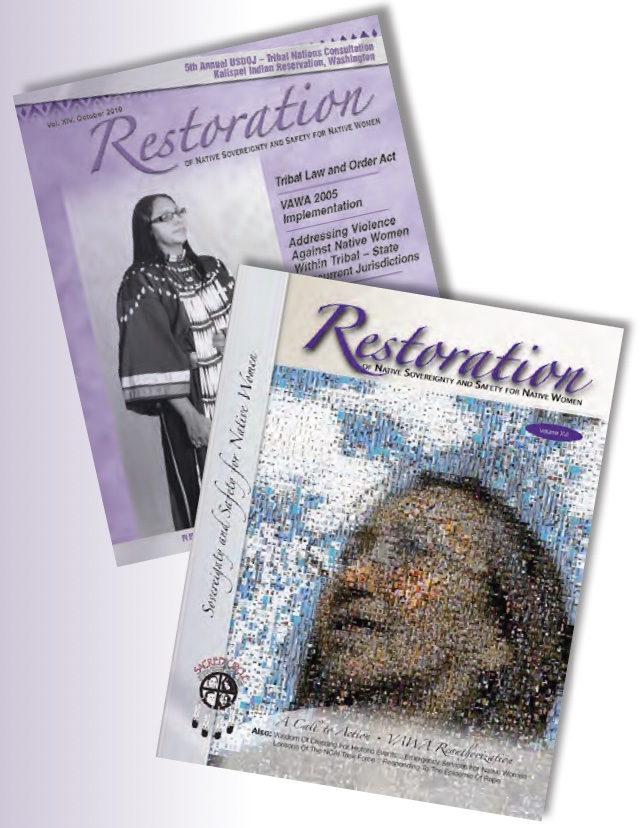 “The Obama Presidential Center represents a historic opportunity to build a world-class museum and public gathering space that celebrates our nation's first African American president and first lady on the South Side of Chicago.”

Violence against Indigenous women does not have to continue generation after generation. The systemic barriers, laws, and government policies that marginalize  Native people can and must be changed.

During the Obama presidency, various legal barriers that diminished Tribal sovereignty and endangered the lives of Indian women were removed. These reforms resulted from a national grassroots movement and an administration that understood the connection between the sovereign authority of Indian Tribes to protect women and their day-to-day safety.

“When one in three Native American women will be raped in their lifetimes, that is an assault on our national conscience; it is an affront to our shared humanity; it is something that we cannot allow to continue.”—President  Barack Obama, July 29th, 2010, at the signing of the Tribal Law & Order Act of 2010.

While domestic violence and sexual assault are not isolated to American Indian women, the disproportionate rates of such violence are more than double that of any other population of women. As a result, many ask why such rates exist. Why my daughter? Why my mother? Why my grandmother? The answer and overarching connection across generations are the continuing laws and policies that separate American Indian women from all other women in the United States.

The Obama-Biden administration stood with Indian Nations and Native women to create the systemic changes needed to federal Indian law. These struggles for justice and safety of Indigenous women during the Obama presidency are found on the pages of Restoration Magazine.

“We welcomed and are honored to accept the invitation to contribute original copies of NIWRC’s Restoration Magazine to the Obama Presidential Center. The support of President Obama in our struggle for justice will forever be remembered. The inclusion of the Restoration Magazines will ensure no one will forget that the greatest systemic barriers to the safety of Native women rest in federal Indian law—two of which President Obama removed forever.”—Lucy Simpson, Diné, NIWRC Executive Director

Under President Obama, the Tribal Law and Order Act of 2010 increased the authority of Tribal courts to sentence offenders, such as rapists, from one year up to three years. And the Violence Against Women Act of 2013 restored certain authority of Indian Tribes over non-Indians committing domestic violence against Indian women on tribal lands. After decades of perpetrators walking free because of federal legal loopholes, these two congressional acts were fundamental in restoring authority to Tribes to protect their communities and hold criminals accountable.

“This is your day. This is the day of the Advocates, the day of the survivors. This is your victory. Tribal governments have an inherent right to protect their people, and all women deserve the right to live free from fear. And that is what today is all about.” —President Barack Obama, March 7, 2013, at the signing of the Violence Against Women Act of 2013

Creating the cultural changes needed to address violence against Indigenous women requires altering the culture of America. This ongoing process is being realized in the removal of cultural icons honored for crimes of genocide against Indian women and their children. It is also unfolding in the honoring and inclusion of the struggles of Indigenous women in public spaces—their struggles for justice and safety throughout history. The Obama Presidential Museum’s display of Restoration is an important example of the representation of Native women necessary for this cultural shift.

"The inclusion of the Restoration Magazines will ensure no one will forget that the greatest systemic barriers to the safety of Native women rest in federal Indian law—two of which President Obama removed forever.”

“Inclusion of Restoration Magazines documenting the stories of Indian women and their nations for justice and safety within the walls of the Presidential Obama Center is an announcement to the world that the lives of the original women of the United States must be honored. President Obama made a difference to our political reality and continues to support us in making the cultural change by placing our images, voices, prayers on the pages of Restoration within the Center. We send our prayers of thanks to President Obama.”—Cherrah Giles, NIWRC Board Chairwoman.

Passage of the Tribal Law and Order Act and the Violence Against Women Act of 2013 created historic watermarks of what can be done if there is the will to do so. President Obama stood with Indigenous women during his presidency to make the legal changes needed to provide justice and safety to Native women. Today, he continues to stand with Indigenous women to make the cultural changes required.