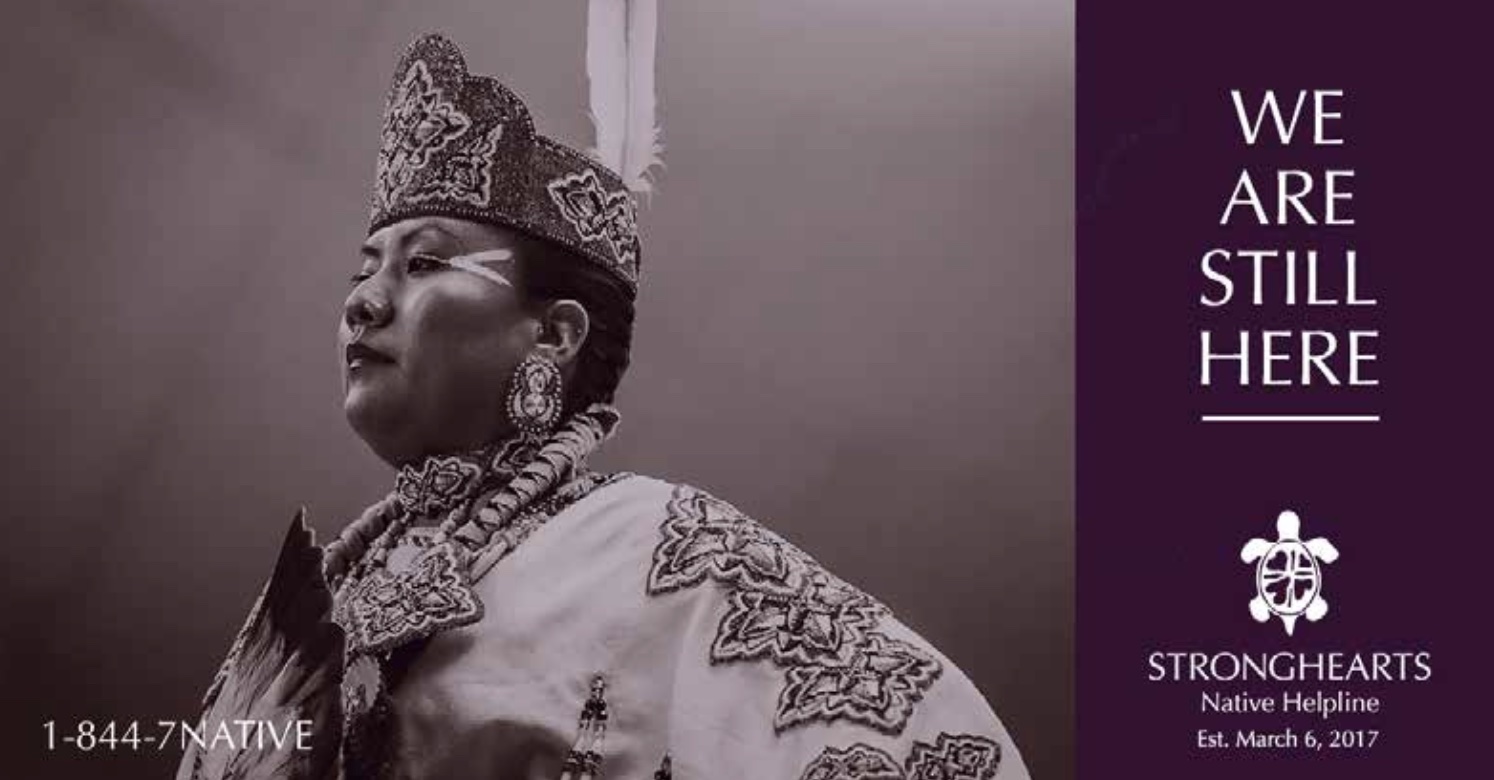 Celebrating one year of operations, the StrongHearts Native Helpline (1-844-7NATIVE), a project of the National Indigenous Women’s Resource Center and the National Domestic Violence Hotline, is honored to serve as the first national helpline created specifically to support Native American survivors and concerned family members and friends affected by domestic violence and dating violence. Within its first 12 months of operation, advocates responded to calls from 68 American Indian and Alaska Native communities across 40 states, helping to fill a gap in critically needed support services that are specialized to address the unique barriers often faced by Native survivors of intimate partner abuse.

“Advocating for our callers is at the heart of what we do and why we chose to dedicate this first year to them. To all our Native survivors out there, we hear you—we hear your stories. You are not alone.”

Last spring, the StrongHearts Native Helpline launched as a collaborative project of NIWRC, the National Domestic Violence Hotline and Family Violence Prevention and Services Program (FVPSA), who partnered to create a helpline to respond to the epidemic of violence in Native communities. Advocates at StrongHearts navigate each caller’s abuse situation based on a strong understanding of Native culture and tradition, and offer support and resources in a safe, confidential and healing environment. Every call is answered with compassion and respect.

“We are humbled with how much support the StrongHearts Native Helpline is receiving from advocates, programs and tribes across Indian Country and our Alaska Native villages,” said StrongHearts Assistant Director Lori Jump (Sault Ste. Marie Tribe of Chippewa Indians). “Every day is a step forward in the work to support Native survivors of abuse. Advocating for our callers is at the heart of what we do and why we chose to dedicate this first year to them. To all our Native survivors out there, we hear you—we hear your stories. You are not alone.”

Within its first year, StrongHearts expanded rapidly to serve all Native American communities across the U.S. with an initial outreach focus in the states of Kansas, Oklahoma and Nebraska. By the end of 2017, the StrongHearts team completed its database project to identify culturally-specific and tribally-based resources for American Indians and Alaska Natives, a group that experiences high rates of violence and unique barriers to receiving justice and support.

“What we confirmed after completing our database project is what we’ve known all along— there is a severe gap in culturally- specific or tribally-run services for Native survivors in the aftermath of these crimes.”

“What we confirmed after completing our database project is what we’ve known all along—there is a severe gap in culturally-specific or tribally-run services for Native survivors in the aftermath of these crimes,” said Caroline LaPorte (immediate descendant of the Little River Band of Ottawa Indians), Senior Native Affairs Policy Advisor for NIWRC and StrongHearts. “We know that we cannot do this work alone—our callers need to be able to access culturally appropriate, community- based resources.”

The NIJ report highlighted the extreme rates of violence perpetrated against Native Americans across the board, where Native Americans are twice as likely to experience rape or sexual assault and are five times more likely to be victims of homicide in their lifetime when compared to other groups in the U.S.

“Our goal at StrongHearts is to do whatever we can to weave together a support network for Native people in a way that promotes safety and healing,” Jump said. “We have connected with so many of our relatives who have shared their stories and have told us how much the helpline is needed, and how much our peer-to-peer advocacy has helped them. Healing begins in our communities when we share our stories. This is at the heart of what the StrongHearts Native Helpline is all about.” 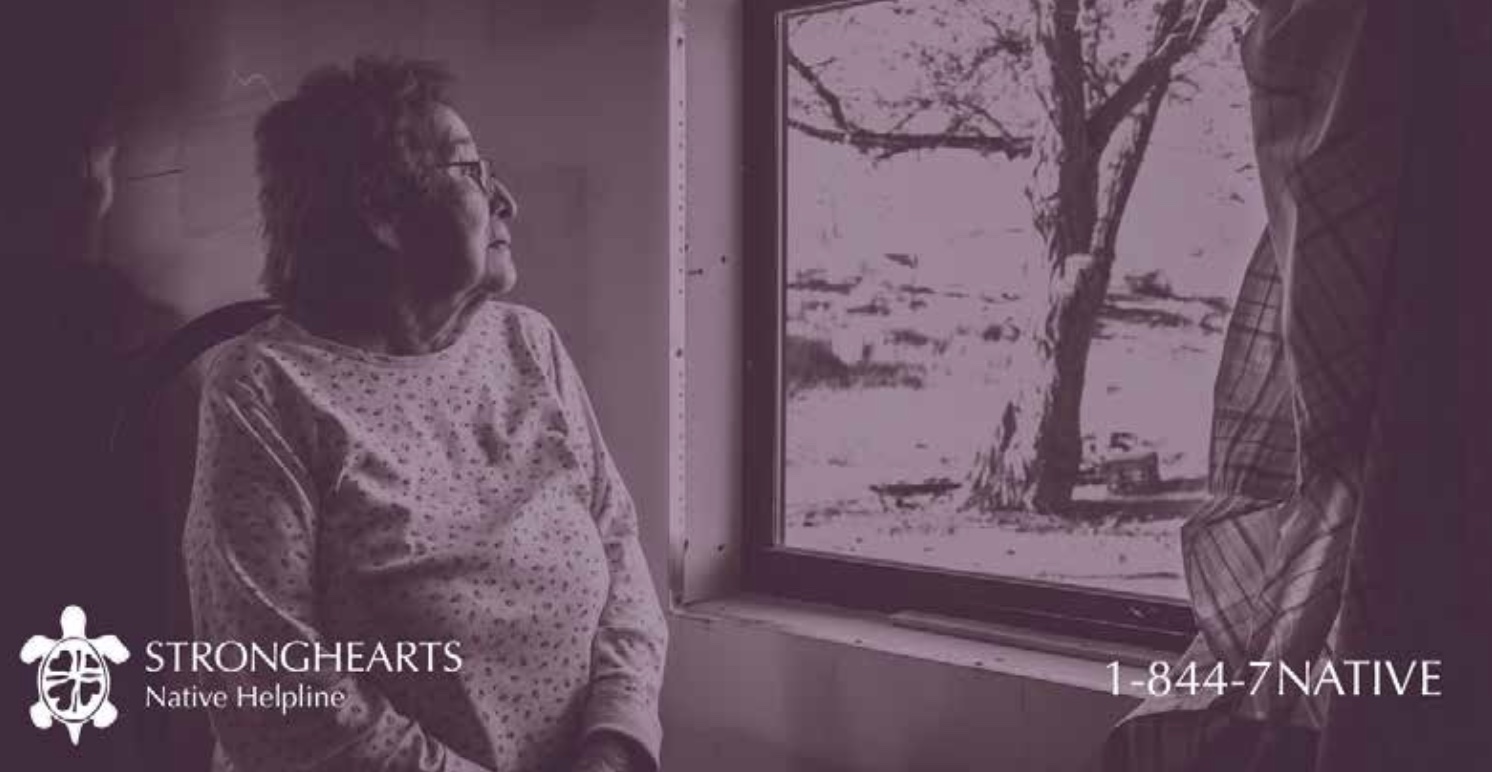