(New York, NY)—Indigenous experts called for action during a March 19, 2019, panel to fix a legal system that too often leaves 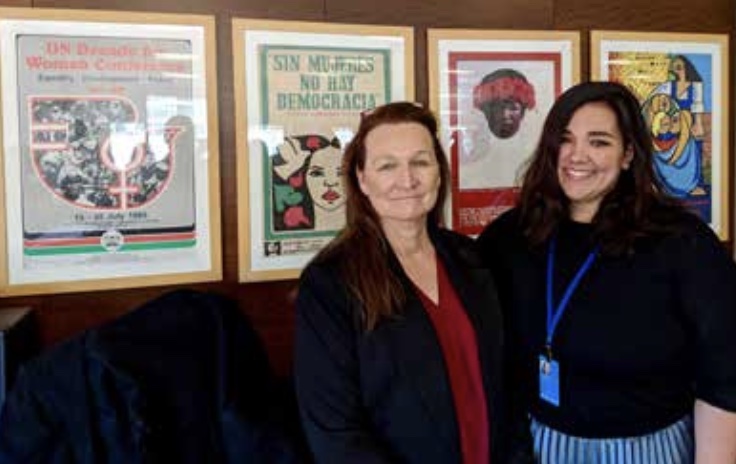 Native women in rural America unprotected from violence and sexual assault. The discussion included a screening of select scenes from Wind River, a feature film written and directed by Taylor Sheridan, that tackles the subjects of sexual assault and missing and murdered indigenous women. The event was part of the NGO Forum of the 62nd session of the UN Commission on the Status of Women.

American Indian and Alaska Native women face violence at much higher rates than other women. Alaska Native women, for instance, suffer the highest rate of forcible sexual assault in the nation, and some villages report rates of domestic violence up to 10 times higher than in the rest of the United States.*1

“Wind River offers us a glimpse of the reality that so many Native women face, especially those living in rural and remote areas,” said Caroline LaPorte, Senior Native Affairs Policy Advisor for the National Indigenous Women’s Resource Center. “Native women experience violence at higher rates than other women, and barriers embedded in U.S. law and policy make it harder for them to get law enforcement to respond or to get prosecutors and the courts to act. It is a legal framework, rooted in colonization and genocide, that was created to fail us. ”

“Indigenous women in the United States, like indigenous women everywhere, have the right to live lives free of all forms of violence and discrimination,” said Chris Foley, attorney at the Indian Law Resource Center. “Unfortunately, racial and gender-based violence are still too common, and the United States is failing to live up to its international human rights obligations.”

“In New York City or at the United Nations, maybe it is hard to imagine what it is like not to even have 911 or to dial 911 and find out that the nearest police officer is hours away,” noted Carmen O’Leary, Executive Director of the Native Women’s Society of the Great Plains. “But this happens all the time in Indian country. It happens all the time in Alaska Native villages. We need to change this. We need more resources for our police departments. We need more funding to support our shelters and advocates. But most of all, we need better laws to allow our tribal governments to better protect us.”

“Much of what we need is action from the United States government—changes in law and policy. But to get that action, we need allies around the country, and around the world, to stand up with us,” Foley said. “That’s why we are here in New York at the UN Commission on the Status of Women—to inform the international human rights community and people everywhere about what is happening in our indigenous communities and to build support for changes in the law to restore safety to women and girls.”

1. A Roadmap for Making Native America Safer, A Report to the President and Congress of the United States, Chapter 2, “Reforming Justice for Alaska Natives,” p. 41 (November 2013).