Essential Discussion of Violence Against Native Women as Gender-Based Violence

The demands created by the devastating impact on human life due to extreme violence against Native women leaves little time to participate in discussions about whether the violence is “gender-based.” Tribal leaders, grassroots tribal coalitions, advocates for safety, and generally tribal staff are so busy with urgent issues, many life-threatening, they also tend to focus on the more concrete, day-to-day needs to be addressed.

Did the Violence Against Women Act (VAWA) specifically recognize and address violence against women as gender-based violence? And the more current question: Should it? The answers to these questions have the potential to shift the foundation of more than 20 years of work by Indian tribes under the Act. The answer also undermines the tribal analysis of the connection of violence against Native women to colonization and erosion of the sovereignty of tribes to protect women.

What Is “Gender-Based Violence”?

The 1993 United Nations resolution on the Declaration on the Elimination of Violence Against Women (DEVAW) was the first international instrument to explicitly define violence against women.1 The definition reads “any act of gender-based violence that results in, or is likely to result in, physical, sexual, or psychological harm or suffering to women, including threats of such acts, coercion, or arbitrary deprivation of liberty, whether occurring in public or in private life.” Violence against women is identified as gender-based violence because of the uneven impact of violence committed by men against women and girls.

The first is violence perpetrated by the state, such as violence against women in custody and as part of warfare. The second is violence occurring within the general community, including rape, sexual harassment, trafficking, and intimidation at work. The third is violence in the family and in the private sphere. Examples of such violence against American Indians and Native Hawaiians from each category have occurred since contact and on a daily basis.

Historically, colonization of the indigenous peoples of the United States was violent, gender-based (targeting women), and legal. The colonizing countries viewed Native women without regard for any protections from violence by those employed by, or citizens of, the colonizing government. Currently, in the United States, the federal law offering protection from gender-based violence for American Indian women is the Safety for Indian Women Act, established under the VAWA of 2005. It is inclusive of the four specific crimes of domestic violence, sexual assault, dating violence, stalking found throughout VAWA, and also sex trafficking.

The Violence Against Women Act (VAWA) was enacted in 19942 to undeniably address gender-based violence against women, specifically domestic violence and sexual assault. The need for this landmark federal law grew as a result of increased public awareness during the 1980’s and 1990’s stemming from grassroots organizing of women across communities to support other women—their sisters and their children—suffering from domestic violence. An interesting revision of history that opposes this original purpose of VAWA is found today.

Since 1994, VAWA through each reauthorization has broadened to address additional crimes—stalking, dating violence, elder abuse, and within the Tribal Title3, sex trafficking. Each reauthorization has challenged the national tribal movement to organize to educate Congress to enact the necessary reforms to increase safety of Indian women specifically: the increase of the tribal funding stream from 4% to 10% in 2000; the creation of a specific tribal title in 2005; and, the tribal amendments most historic being the restoration of criminal jurisdiction over non-Indian perpetrators of domestic violence in 2013. Over these decades, political clarity has focused on the essential cornerstones required to continue progress toward increased safety for Native women and strengthening of sovereignty of Indian tribes to protect women and girls.

Foundational to the movement is the common  understanding of the violent victimization of American Indian women as gender-based violence. VAWA is viewed as the statute offering federal criminal and civil protections, resources, and training and technical assistance to address five crimes primarily committed against women by men. Unfortunately, this is not a shared view of the VAWA and in 2005 the reauthorized VAWA deleted the reference to “women” from the majority of the titles of the Act leaving the remaining text as a list of the four VAWA-identified crimes with the exception of the Tribal Title specifically addressing violence against Indian women.

“A gender-based analysis of violence against American Indian women has historically guided the national movement for the safety of Native women.”

The disagreement about the focus of VAWA being gender-based violence against women is not about the reality that all populations are subject to violent crime, or that men and boys are victims of such violence, or that elders are victims of abuse by caretakers, or that some populations of women disagree with this political analysis. The disagreement squarely rests on VAWA as a federal statute “recognizing and specifically addressing gender based violence disproportionately committed against women by men.”

The gender-based violence committed against American Indian and Native Hawaiian women spotlights the reality that for some populations the discriminatory laws against women and the legal infrastructure by which they continue to operate have not changed since originally enacted several hundred years ago.

Men Are Included Under VAWA

It is important to acknowledge that VAWA already includes services to all men and has funded programs and training specifically for gay men. In 2005, VAWA was amended to statutorily clarify and affirm that male victims (all men) were not excluded from receiving “services and benefits” under the Act. This clause is referred to as the “non-exclusivity clause.”

In 2000, advocates for the safety of Native women while small in number 4 decisively partnered with the National Congress of American Indians (NCAI) establishing a task force to organize to amend VAWA to be inclusive of American Indian women. 5 In 2003, tribal advocates worked as part of the Task Force to successfully add to VAWA a ninth title during the 2005 reauthorization—Title IX. Safety for Indian Women Act. 6 The findings of the Tribal Title reaffirm the need to address gender-based violence committed against Indian women.

(1) 1 out of every 3 Indian (including Alaska Native) women are raped in their lifetimes;

(4) during the period 1979 through 1992, homicide was the third leading cause of death of Indian females aged 15 to 34, and 75 percent were killed by family members or acquaintances;

(6) the unique legal relationship of the United States to Indian tribes creates a federal trust responsibility to assist tribal governments in safeguarding the lives of Indian women. 7

The Congressional purposes for the title provide an overview of the goals Congress intended it would accomplish. The three purpose areas also provide clarity for the implementation of the Act. It links the decrease of violence against Indian women to the increased capacity of Indian tribes to exercise their sovereign authority to protect Indian women and hold perpetrators accountable for their crimes.

The purposes of this title are:

(1) to decrease the incidence of violent crimes against Indian women;

(2) to strengthen the capacity of Indian tribes to exercise their sovereign authority to respond to violent crimes committed against Indian women; and

(3) to ensure that perpetrators of violent crimes committed against Indian women are held accountable for their criminal behavior. 8

The root of violence against Native women is not found in any single Congressional act, Supreme Court case, executive order, or

federal policy but is revealed in the layers of federal laws and policies known as federal Indian law. The inconsistent handling of violent crimes against Native women reaches far beyond the lack of training or failure of individuals to respond appropriately to such crimes. It is current federal law, based on the historical relationship between the United States and Indian tribes as governments, that serves as the foundation for American cultural acceptance and tolerance of violence against Native women. Federal law denies the authority and fails to provide the resources to Indian tribes to protect Native women.

In response to the imposition of foreign governments, Indian nations were forced to dismantle or modify their systems of governance. This disruption included a breakdown of customary law and tribal ways of life that safeguarded Native women from acts of physical and sexual abuse. The legalization and cultural acceptance of violence perpetrated against Native women as populations began with the conquest of Indian nations by colonial governments such as Spain, France, Russia, and England. An outstanding characteristic of conquest was the physical and cultural genocide of indigenous women of the Americas and Native Hawaiian Kingdom.

This legal relationship, established over more than a hundred years, separates Native women from other populations of women. These laws enacted decades ago were never intended to protect Native women or respect the sovereign authority of Indian nations. The linkage of gender-based violence against American Indian women and the long history of federal denial of Indian women adequate or any protections requires VAWA to do more to specifically address violence against Indian women.

Legal infrastructure is commonly used to refer to both a law and everything connected to implementing the law. The long history and pattern of law and policies increasing the vulnerability of Indian women and denying them protections afforded other women is the foundation of the current levels of violence and the reality of daily occurrences of gender- based violence against Indian women. All populations suffer violent crime; not all populations suffer more than double the rate of other populations, or in some cases a murder rate 10 times higher, or the disappearance of women with zero response of law enforcement.

What Difference Does It Make?

The 1994 enactment and each reauthorization of VAWA is a celebration for all. The steady revisions to VAWA away from the concept of gender-based violence, however, is unfortunate and a reversal of the progress made in 1995. This shift makes a strong statement that the rate of victimization of women and these crimes is not related. It makes a statement that these crimes impact men similarly to women. And, it eliminates the potential for community responses that are gender specific, and culturally specific pathways to safety and healing from the violence.

The concept of “power and control” as the foundation of male violence against women was legitimized under the law and the legal infrastructure of the United States and did not occur as random individual acts. The violence and abuse was legal. How many fathers, sons, brothers, and other men watch loved ones and other women be abused and could do nothing due to the law? The use or threat of violence to assert power and control was normalized because of the law legitimizing male violence against women. While advances in federal, state, and tribal domestic violence laws have been made, the legal infrastructure of the past continues in that perpetrators are not held accountable for their violence. And much remains to be accomplished in the area of reforming sexual assault laws and services for rape victims. Acknowledging gender-based violence is essential to the continued reform of gender-biased law and the legal infrastructure by which it operates.

In the context of federal Indian law and Indian tribes, many of the same codes of the past remain in place that deny Native women the protection of their tribal nation. The development of services for tribal women as women is appropriate and essential. Shelter or services for rape victims in most tribal communities are designed specifically for women based on the specific culture, language, and healing ceremonies for women— gender-specific services. For many tribal programs, the “services” are not designed with the goal of retribution but healing and restoring of balance in the life of the woman. And, as Native men have specifically stated, frequently men have cultural practices and ceremonies they engage in as men.

The position that deleting “women” and any acknowledgment of “gender-based violence” committed against women in reference to the four VAWA crimes has “no impact” is illogical. It has a large impact. 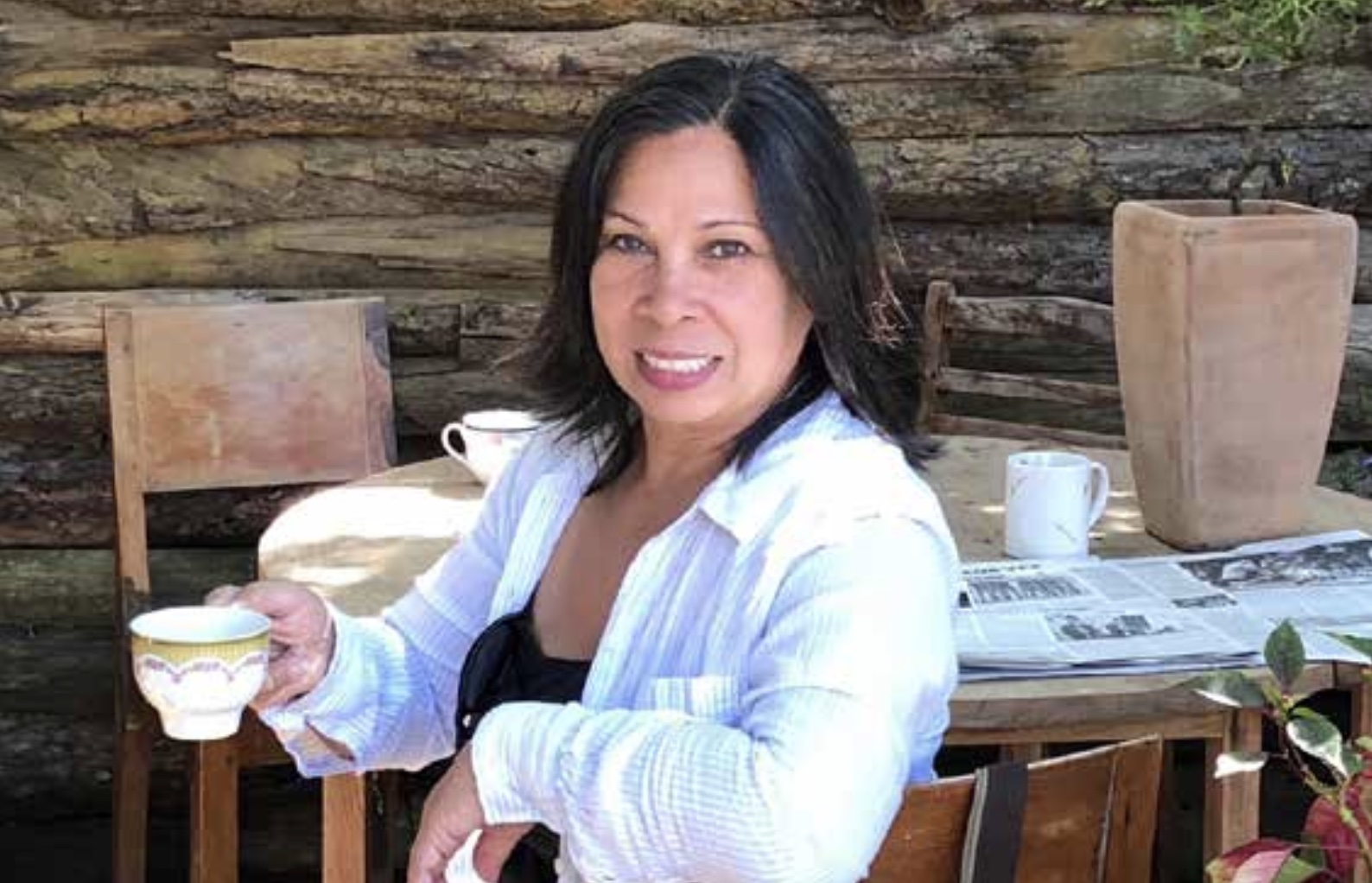 4. Funded by a grant from the Ms. Foundation, Cangleska, a tribal organization at Pine Ridge Sioux Indian Tribe, attended the National Congress of American Indians and hosted events in Washington, DC.

6. Violence Against Women and Department of Justice Reauthorization Act of 2005, Public Law 109-162.