FVPSA supports more than 200 tribal programs based on an annual set-aside for Indian tribes. These funds are used to support emergency shelter, crisis hotlines, counseling services, victim assistance initiatives, and other supportive services. With funding under FVPSA, many tribal programs have developed lifesaving services for victims of domestic violence. Without FVPSA funds these services would not be available to those with the greatest need—women and their children often fearing for their lives.

“In tribal communities, where survivors face intimate partner violence at rates higher than any other population, the shelter and other services funded under FVPSA are extremely scarce and in many tribal communities do not exist. FVPSA resources are essential for maintaining these services and filling this void,” said Lucy Simpson, Executive Director of NIWRC. “One example at the national level is the StrongHearts Native Helpline, which only launched in March 2017. Supported by FVPSA funding, it helps to address this inadequacy by acting as a tribal confidential service for American Indian and Alaska Natives victims of domestic violence.”

Congress Did Not Reauthorize FVPSA in 2018

Unfortunately, in 2018, Congress failed to reauthorize a meaningful FVPSA inclusive of changes needed for Indian tribes and other communities. The NCAI Task Force on Violence Against Women calls upon Congress to understand the urgent need of domestic violence victims for shelter services and swiftly reauthorize a FVPSA inclusive of the needs of American Indians and Alaska Natives. NCAI passed a resolution in support of FVPSA reauthorization in 2014.

First passed in 1984, FVPSA is the oldest and only federally dedicated funding stream for domestic violence shelters and services programs in the country. While Indian tribes have created tribal programs under FVPSA, funding and services remain nonexistent for over one-half of all Indian nations. Given this lack of resources, Indian tribes, tribal coalitions, and grassroots advocacy programs support the reauthorization of an inclusive FVPSA. The changes needed include increased funding for Indian tribes to provide services to Native victims of domestic violence, the inclusion of tribal coalitions under FVPSA similar to state coalitions, and permanent inclusion, authorization, of the StrongHearts Native Helpline and the Alaska Native Tribal Resource Center under FVPSA.

“Native women are in desperate need of emergency shelter and safe housing. There is such a severe crisis in the shortage of housing in many tribal communities that often women have no option but to stay in housing with an abuser. The increase in funding for Indian tribes under FVPSA offers the hope of services where none exist.” —Caroline La Porte, Senior Native Affairs Advisor, NIWRC. 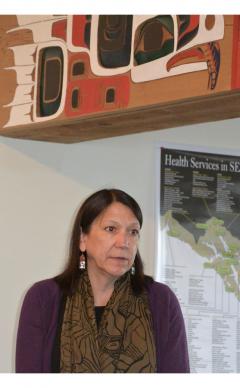 “Including the Alaska Native Women’s Resource Center in the continuous funding scheme of FVPSA will demonstrate the commitment of the federal government in improving the situation for Alaska Native women and their tribal governments, and will provide the local support necessary to combat the overrepresentation of domestic violence against Alaska Native women,” said Michelle Demmert.

FVPSA is the primary federal funding source dedicated to supporting immediate shelter and supportive services for victims of family violence, domestic violence, or dating violence and their dependents. Administered by the U.S. Department of Health and Human Services’ Administration for Children, Youth, and Families, FVPSA supports these activities through state and tribal shelter programs, state domestic violence coalitions, training and technical assistance service providers, and the National Domestic Violence Hotline. The legislation mandates that “not less than 10 percent” of the annual appropriation shall be used to support Indian tribes to achieve the purposes of the Act.

The changes Indian tribes seek include: 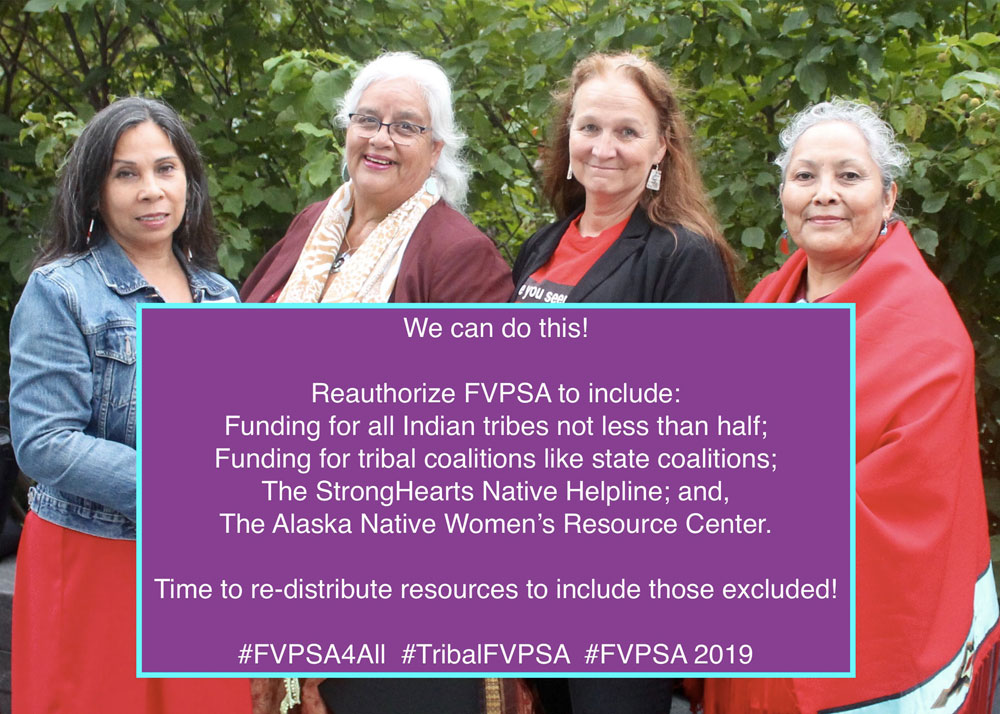