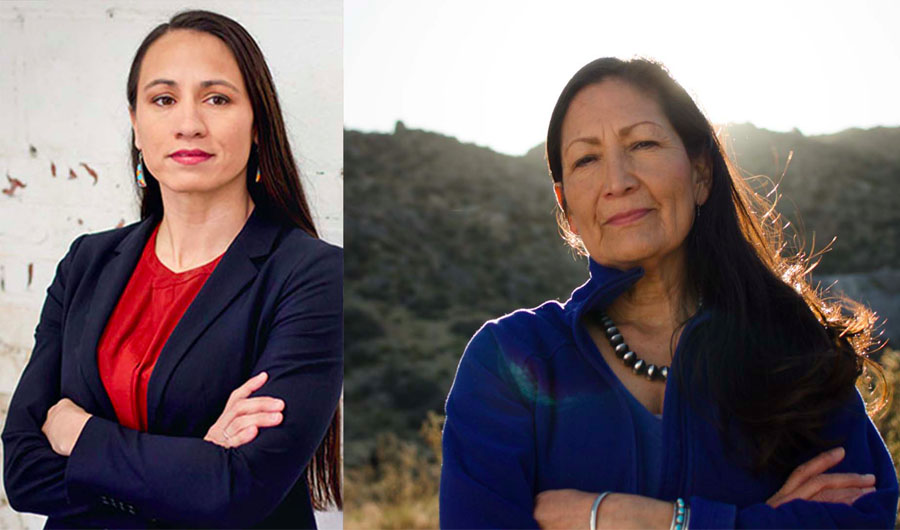 The National Indigenous Women’s Resource Center (NIWRC) congratulates the Native American Women candidates who won their Congressional and State elections during this past November!

We also applaud Peggy Flanagan (White Earth Band of Ojibwe) elected to become the Lieutenant Governor of Minnesota and Ruth Buffalo (Hidatsa/Mandan/ Chiricahua Apache) elected to North Dakota State House of Representatives of District 27 in Fargo. NIWRC celebrates all of the Native women elected to tribal, state, and national positions across the United States.

As these Native women get ready to head to Washington, D.C. or begin work in their state, they inspire a new generation of Native women and girls to become leaders in government and change-makers in their communities. Just as important, these women are also in a position to increase awareness of violence against American Indian and Alaska Native women, a population that is all too often invisible to most of the American public.

As Native women enter the public realm of elected office, aspiring to take on leadership roles within government, we increase the recognition of our individual and inalienable right to respect, equality, and safety. “A record number of Native candidates ran in the midterm elections for national and state offices, and we celebrate all of the candidates. We welcome the changes they will bring,” said Lucy Simpson, Executive Director, NIWRC. “As a non-partisan organization, we remain committed to working with all elected leadership in furthering the sovereignty of our tribal nations and the safety of Indigenous women, as the two are undistinguishably tethered.”

1. Department of Justice, National Institute of Justice, Violence Against American Indian and Alaska Native Women and Men: 2010 Findings From The National Intimate Partner and Sexual Violence Survey 26 (May 2016), https://www.ncjrs.gov/pdffiles1/nij/249736.pdf.