In 2017, Congress recognized the crisis facing Alaska Native women as a national priority by appropriating $1 million to establish an Alaska Native Tribal Resource Center on Domestic Violence. Alaska tribal leaders and advocates are calling upon Congress to make the Resource Center permanent by including it under the 2019 reauthorization of the Family Violence Prevention Act Services Act (FVPSA).

“It is long overdue that Alaska tribal governments have the resources we need to help develop local, villagebased responses to domestic violence,” said Mike Williams, Akiak Native Community tribal leader. “The challenge we face now is to make the Resource Center permanent. The 2017 appropriation was a one-time appropriation authorized for the Resource Center at the discretion of the Secretary of the Dept. of Health and Human Services. To become permanent Congress must amend FVPSA in 2019 to include, authorize and fund, the Alaska Native Tribal Resource Center.”

Alaska Native peoples have lived on their lands for thousands of years governing themselves as sovereign peoples. “Our beliefs from the beginning respected women as part of our way of life and violence is not part of our traditions,” said Mike Williams. “The widespread violence against women we see today is a result of the attacks on village government authority and our traditional beliefs. The solutions to ending the widespread violence are found within our villages, our traditions, and strengthening village authority to respond.”

Support for Alaska Native Based Solutions

Since 2013, the Resource Center has worked with its partners and advocates working with over ninety villages throughout the state to offer Alaska Native based village engagement sessions. Host villages for the meetings included Emmonak, Kotzebue, Kake, Anvik, Akiak, Barrow, Mountain Village, Fort Yukon, and the hub community of Bethel. These sessions reached more than 50 participating villages, many of which had never received information on domestic violence from any federal agency. One product developed by the partnership was an indigenous training curriculum based on three core components of teachings, languages, and voices of Alaska Native peoples. The curriculum has expanded to include other resources. 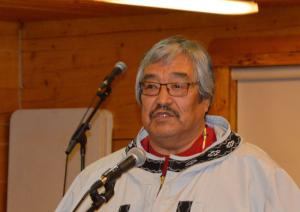 “While the lower 48 has spent decades and billions of dollars on training efforts, so much of the material is not relevant to the 229 villages of Alaska. We have found the terms used do not exist in our Alaska Native languages. And many of the concepts such as reliance on arrest and prison system do not apply because of the lack of any law enforcement in most villages. We are all relatives and responsible for one another,” said Lynn Hootch, Board of Directors, AKNWRC.

“Working closely with Alaska Native advocates and tribal leaders we can remove barriers to the safety of women in Alaska Native villages and hold offenders accountable," said Lucy Simpson, Executive Director of NIWRC. "The development of indigenous training and technical assistance based on the teachings, voices, languages, and laws of Alaska Native villages is exciting. It fills a void, nationally and internationally, in the lack of tribally based solutions to violence against indigenous women.” One of three statutory requirements for the Alaska resource center is to coordinate all projects and activities with NIWRC, the FVPSA-funded national Indian resource center.

"Since 2013, we have partnered with advocates and villages across Alaska to develop village-based responses to domestic violence," said Truett Jerue. "For tribes across Alaska, the Resource Center provides a pathway to building relations with each other and with Indigenous peoples across the country, including Native Hawaiians.”

The efforts and systems advocacy over the past 30 years by Alaska tribes and advocates were based on the foundation that solutions to end domestic violence rest in the beliefs of Alaska Native peoples and villages, not western criminal justice. The 2017 appropriation to create the Resource Center was the result of a strong national alliance of American Indian and Alaska Native tribes, and federal lawmakers and agencies. The Resource Center has four primary areas of focus: Technical Assistance and Training, including Needs Assessment; Public Awareness and Resource Development; Policy Development and Systems Advocacy and Engagement; and, Research and Knowledge Development.

“The solution to this crisis is strengthening the authority of our tribal governments to protect women. It is unraveling all that removed the traditional protections surrounding a woman and restoring the respect which wrapped women in everyday safety.”

Chief Justice of the Central Council

of Tlingit and Haida Indian Tribes of Alaska Supreme Court.

The AKNWRC policy development, systems advocacy, and engagement focuses on providing tribal, federal and state education and updates on laws and policies including the following processes: monitor and inform tribes of local, state and federal law and policy changes that can benefit Alaska Native tribes; provide education about law and policies to ensure systemic responses are comprehensive and trauma-informed with the goal to build local capacity, control and infrastructure within tribal communities to provide training and technical assistance on government-to-government consultations; provide FVPSA service engagement; build beneficial partnerships with local, state and national organizations, including networking during annual regional associations and NCAI meetings; host the Annual Unity meeting prior to the Alaska Federation of Natives meeting. Finally, the AKNWRC research and knowledge development are addressing the disparities faced by Alaska Native tribes and victims of domestic violence by creating a 3-year plan to discuss issues and begin overcoming them. In the first year of FVPSA funding, a research roundtable was conducted regarding the development of a research program that addresses these issues to identify the best approach to document the unique challenges facing Alaska Native villages in responding to domestic violence. 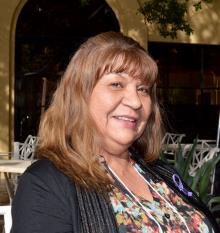 To respond to the crisis of violence facing Alaska Native women, Congress authorized the creation of a resource center in Alaska to provide technical assistance to address domestic violence under the 2010 reauthorization of FVPSA. In 2017, Congress appropriated $1 million under the FY 2017 omnibus budget to establish an Alaska Native Tribal Resource Center on Domestic Violence.

Senator Lisa Murkowski, a longtime champion for ending violence against Native women, has strongly supported the concerns and recommendations of advocates and villages. The Senator monitored the final inclusion of the $1 million FY 2017 appropriation under the U.S. Department of Health and Human Services Administration for Children and Families budget to support the Alaska Native Tribal Resource Center on Domestic Violence to address such disparities.

"We deeply appreciate Senator Murkowski's leadership and advocacy in securing the $1 million included in the FY 2017 appropriations," said Nettie Warbelow, Board of Directors, AKNWRC. “Now that the Center is launched we cannot go back and are looking toward permanent inclusion and funding of the Center under FVPSA’s reauthorization in 2019.”

—FY 2017 Administration for Children and Families,

Justification of Estimates for Appropriations Committees 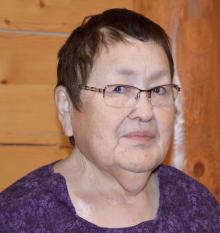 “The authorizing language for these resource centers came at a time of increased awareness of the high rates of violence against Alaska Native women,” said, Shirley Moses, Board of Directors, AKNWRC. "This awareness continues to increase nationally, and we have strong support for making the Alaska Native Women's Resource permanent under FVPSA."

Resources on the Current Crisis of Violence Against Alaska Native Women 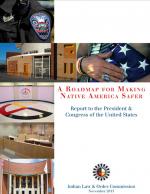 The Indian Law and Order Commission—A Roadmap For Making Native America Safer—was required by the Tribal Law and Order Act of 2010, Public Law 111-211 (TLOA). The recommendations of the Report are intended to make Native American and Alaska Native nations safer and reduce the unacceptably high rates of violent crime. Chapter 2, Reforming Justice for Alaska Natives: The Time is Now,” reflects one of the most comprehensive assessments ever undertaken of criminal justice systems servicing Alaska Native communities. 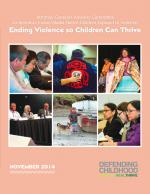