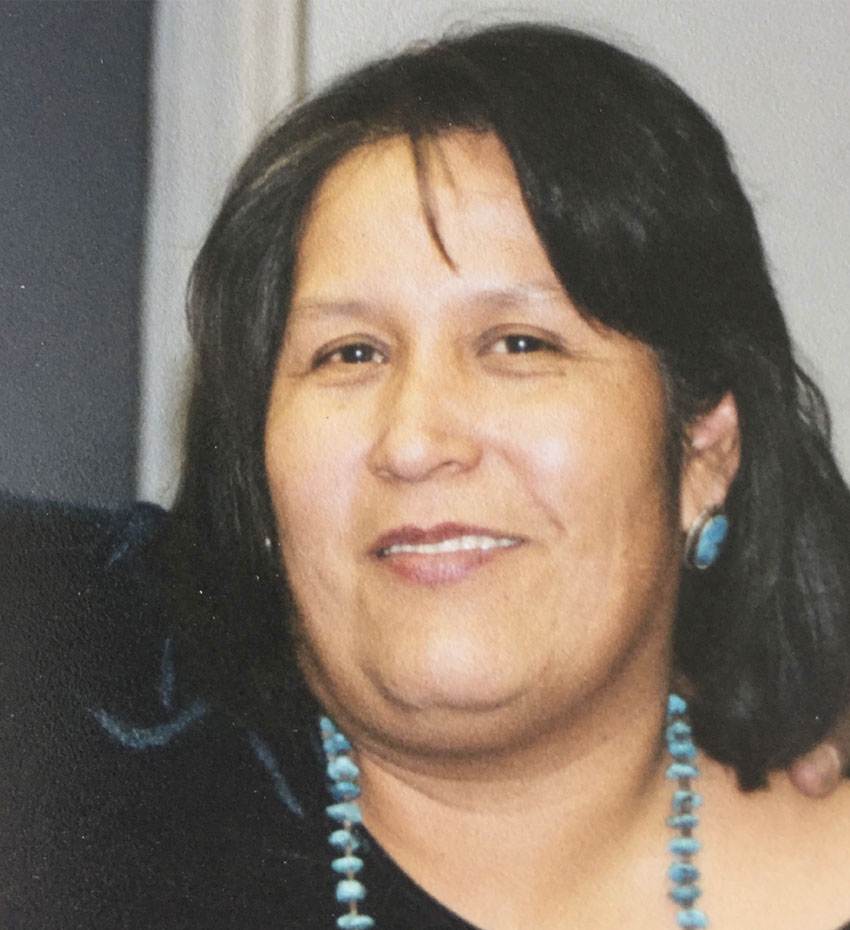 It seems a few questions always come up when people are talking about violence against Native women, and typically these questions include the connection between substance abuse and domestic violence. Gwen Packard, NIWRC staff member, has worked for more than two decades advocating for Native women and based on her experience shares her thoughts on understanding the connections between these two issues. There are definite connections between domestic violence and substance abuse. As a starting point, we need to recognize how complicated the connections are between these two issues. Are we talking about a victimsurvivor use of drugs or alcohol, or are we talking about the perpetrator's use of drugs and alcohol? Are we looking at gender-specific issues of domestic violence and drug or alcohol use? And where do we begin? What came first, the abuse or substance use? There is so much to cover but to begin, I would like to focus on safety and sobriety and talk about how we can support survivors with substance abuse and domestic violence issues. And since much of my work has been gender specific, working with Indigenous women, I think a lot of things that I will say maybe gender specific and also specific to Indigenous or tribal communities.

“In 1998, when I first started working at Morning Star in Albuquerque, I really had to do a lot of work on myself. It was really a struggle working with people under the influence, because of my own understanding and past experiences. I knew that if I was going to do this work, that I had to change my thinking. I wanted to change my thinking.”

I went out and learned a lot about alcohol and alcoholism. I went to AA groups, and Al-Anon and met people, and we talked about it. I spent a long time learning about alcohol and substance abuse, especially in Native communities. I learned that domestic violence and substance abuse have a lot of commonalities, such as power and control dynamics, both impact entire families, often three or four more generations. I learned that both issues thrive in silence and isolation, that they both carry a great societal stigma, and shame. And victim blaming is common such as in questions like why can't you just stop drinking or using? Or why can't you just leave? And they both involve a lot of denials such as minimizing and normalizing the violence and substance use. And when we look at the power and control wheel script, domestic violence, and for survivors or victims who use drugs or alcohol, we see that they share many of the same experiences as well.

And when we look at the obstacles to getting help or staying safe and sober, we see many of the same experiences. Again, a lack of resources, lack of access to services and resources. And so there's a lot of obstacles, and when the two issues are closely connected, it makes it twice as hard. We know that there are so few treatment facilities for women and even fewer of that will take women with their children, which is often times the main reason women don't go to treatment.

We know that the numbers are very high for domestic violence victims and there are some indicators that spousal abuse is a predictor for developing a substance abuse issue. Many victims report being coerced into using alcohol or drugs by their partners. There are numerous studies, and they all point to the conclusion that substance abuse has been found in 42 to 60 percent of people experiencing domestic violence. I think it's also important to note that for sexual assault, the percentages are even higher. For the women that we worked with, every woman who experienced sexual violence or sexual assault, every single woman, was dealing with substance abuse issues.

So, alcohol and domestic violence intersect in so many ways, but alcohol does not cause domestic violence, nor is it a valid excuse for the violence. And although safety and sobriety should go hand in hand, it's often difficult for a victim of domestic violence to deal with substance abuse issues until they are safe or free from the violence. It can be very dangerous for women experiencing domestic violence to attempt self-help programs such as Al-Anon or other codependency programs. For the women that we worked with who were experiencing domestic violence, they had a very difficult time accessing services for their alcohol or substance abuse issues. Often women felt hit on at the AA meetings. Often their partners wouldn't allow them to go to a because it was largely men that were there. And that often caused violence when they came home because they were accused of being with other men or picking up men at the meetings. In this way, their recovery and their healing were sabotaged by their abusers.

Our work really needs to focus on finding meaningful ways that we can work with women who experienced substance abuse, respectful ways. Often the women that we work with who are experiencing domestic violence and substance abuse issues blame themselves. We would say you're not responsible for the violence and they would say, oh yeah, I was drinking. Yeah, I was drunk. No, I got what I deserved. It took a really long time to convince them not to blame themselves and to get them out of that way of thinking.

The power that their partners have over them really affects their ability to be safe and sober. So often they are introduced to drugs or alcohol through their partners and then they're forced or coerced into using. And really dangerous things can happen. It is also can be a gateway to trafficking and prostitution. There's a lot of ways these two issues connect, and I think it's because there are so many connections and it's so complicated that it is difficult to sort it all out and create a framework on how to best address it.

Can domestic violence be addressed without also addressing the substance abuse?

We can start by thinking of safety and sobriety and looking at which one is more important. Some advocates would argue that safety is more important because the more a woman knows about what's happening in her life, the better choices she can make. But the same can be said around the sobriety too. Sometimes getting healthy, or getting straight, or getting off the substance can help her make those better choices. It is always kind of a back and forth and it becomes a chicken or egg thing that you get into when deciding which comes first. I think, safety is really the first because you have a better understanding of the safety issues and why you used to begin with, whether it's self-medication or partner coercion.

I always think working with a good advocate is best and there aren't always the resources for treatment, especially for women. Many programs are really struggling to address this intersection. In developing policies, we need to write in flexibility given the different situations that can happen. For example, you could write your shelter policy to admit all women regardless of their substance abuse issues or mental health issues more for guidance and address each case based on safety. Another example is developing policies on transporting people to shelter who are under the influence. You can't say yes you will or no you won't. Staff again have to have some discretion based on different situations they face in deciding who to shelter and who they can transport to shelter.

Moving toward the Future

I have always been a person that believes in people and that people make a difference, that we are our greatest resource and people can change and create change. We see that with our domestic violence programs, how we started, where we are now. It's like a snowball effect of bringing people into our programs, our movement. As we build our programs, we add these other dimensions to our work, which really serve to strengthen our work. The self-education and public awareness and education in the community is really significant. It helps to tear down the stigma and shame that's out there. I remember I met this guy one time. He was from the Navajo reservation, he told me he had been sober for over forty years, but all anybody would remember about him was those days when he was drinking. There is so much shame, stigma and internalized oppression in our communities. Being respectful of one another is important. Loving one another is even more critical. And being good relatives is essential. Mitakuye Oyasin—“We are all related.” 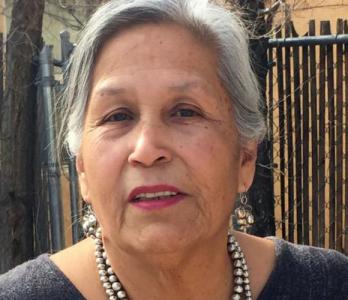 Gwendolyn Packard (Ihanktonwan Dakota), NIWRC Training and Technical Assistance Specialist, has worked for many years in Indian country, both at the national and tribal level. She has served as editor for six national Indian publications. In 1990, Gwen was instrumental in founding the National Organization on Fetal Alcohol Syndrome (NOFAS). She served as Executive Director for Morning Star House, an advocacy program that works with off-reservation Indian women and children who are victims of domestic and sexual violence. Gwen also served as Executive Director of the New Mexico Suicide Prevention Coalition and is founder and Co- Chair of Rain Cloud, the off-reservation behavioral health collaborative in Albuquerque, New Mexico. She is a survivor of domestic violence, a writer, a grassroots organizer, and community activist. Gwen has made a commitment to social change in working to address social and economic justice issues that affect the health and well-being of Indian people as documented in her work experience.

The Relationship Between Intimate Partner Violence and Substance Use https://goo.gl/fq6oPx