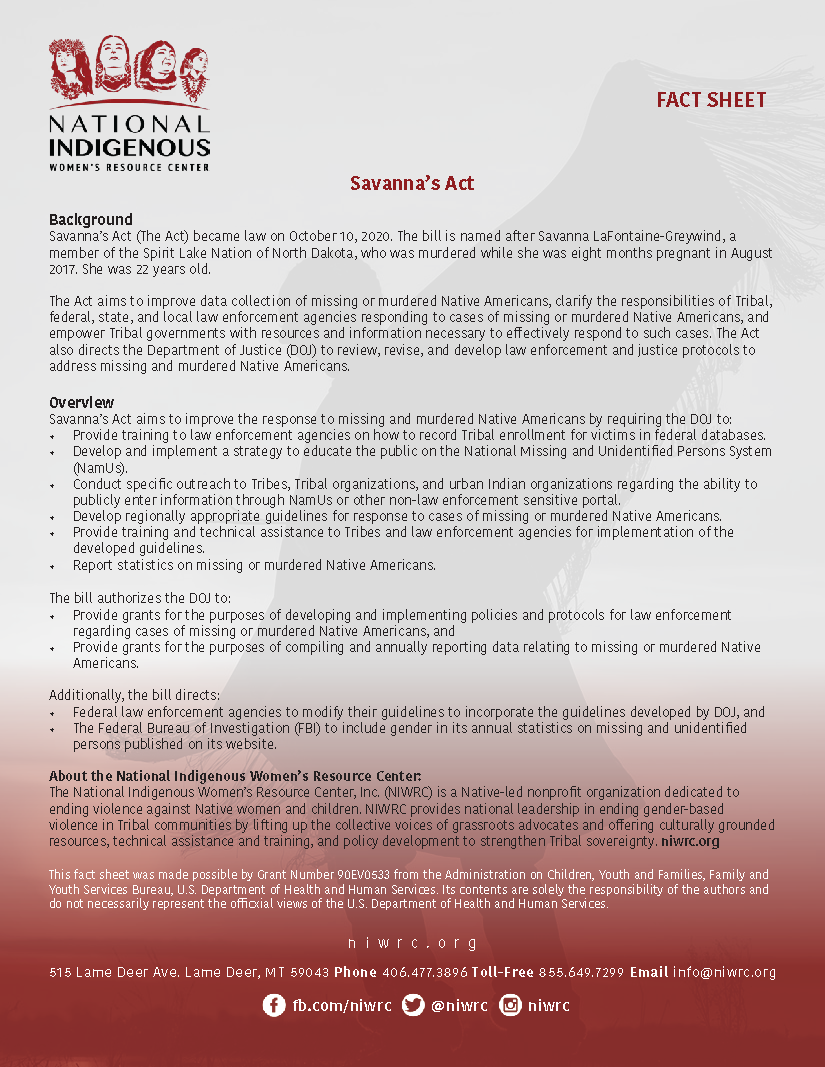 Savanna’s Act (The Act) became law on October 10, 2020. The bill is named after Savanna LaFontaine-Greywind, a member of the Spirit Lake Nation of North Dakota, who was murdered while she was eight months pregnant in August 2017. She was 22 years old.

Read more about Savanna's Act in this fact sheet.

Long COVID: A Community Conversation on Disability, Equity, and Its Impact on Advocates and Survivors in Native Communities

Restoring the Integrity and Status of Women as Sacred: An Advocate Panel Discussion