Report To The President: Activities and Accomplishments of the First Year of Operation Lady Justice 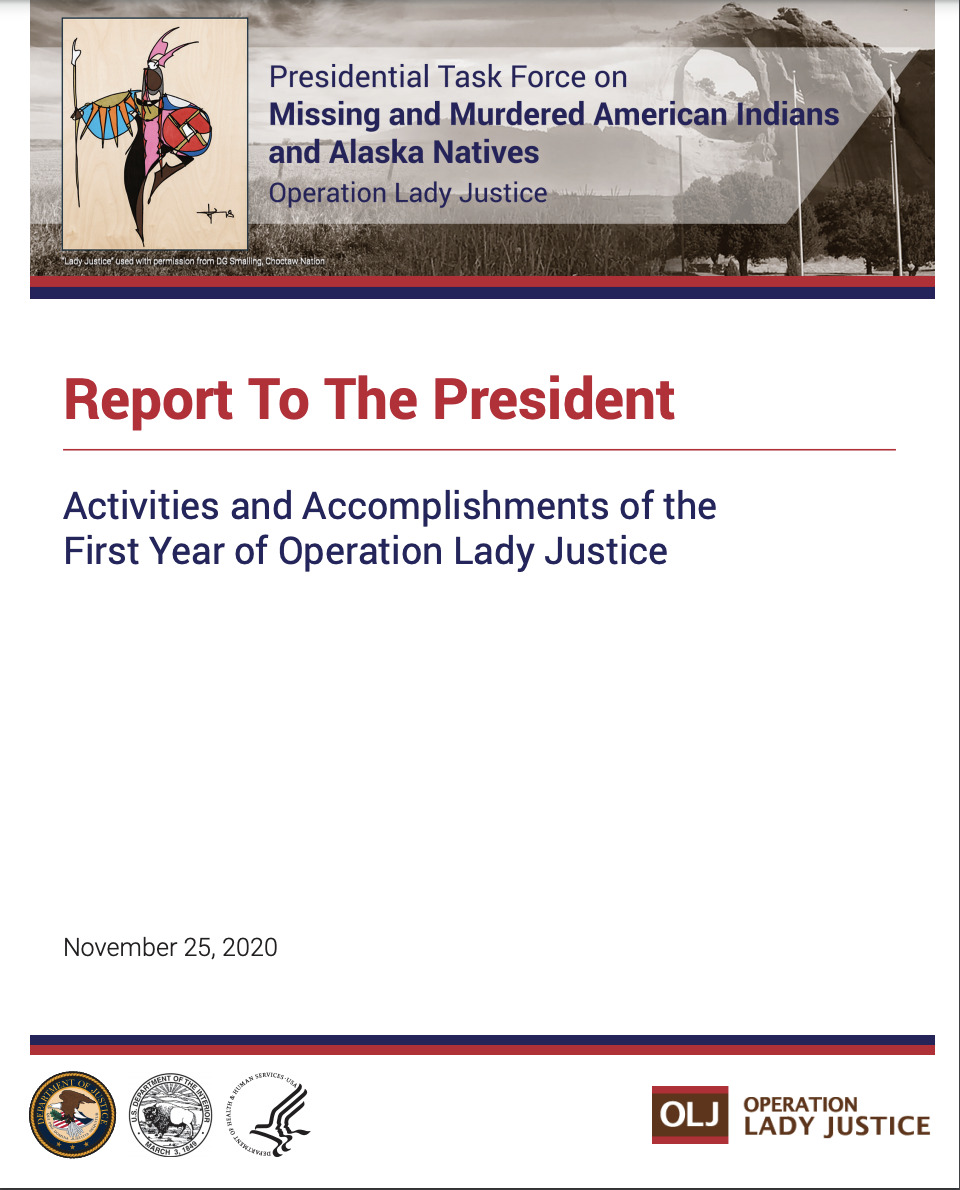 On May 3, 2019, President Trump became the first President to formally recognize Missing and Murdered American Indians and Alaska Natives Day. Following this recognition, on November 26, 2019, President Trump, joined by Native American leaders from across the country, signed Executive Order 13898 (EO), https://operationladyjustice.usdoj.gov/about, forming the Presidential Task Force on Missing and Murdered American Indians and Alaska Natives (Task Force). The Task Force, also known as Operation Lady Justice (OLJ), aims to enhance the operation of the criminal justice system and address the concerns of American Indian and Alaska Native (AI/AN) communities regarding missing and murdered people— particularly missing and murdered women and girls. The Task Force is required to conclude its work by November 26, 2021, unless otherwise ordered by the President.