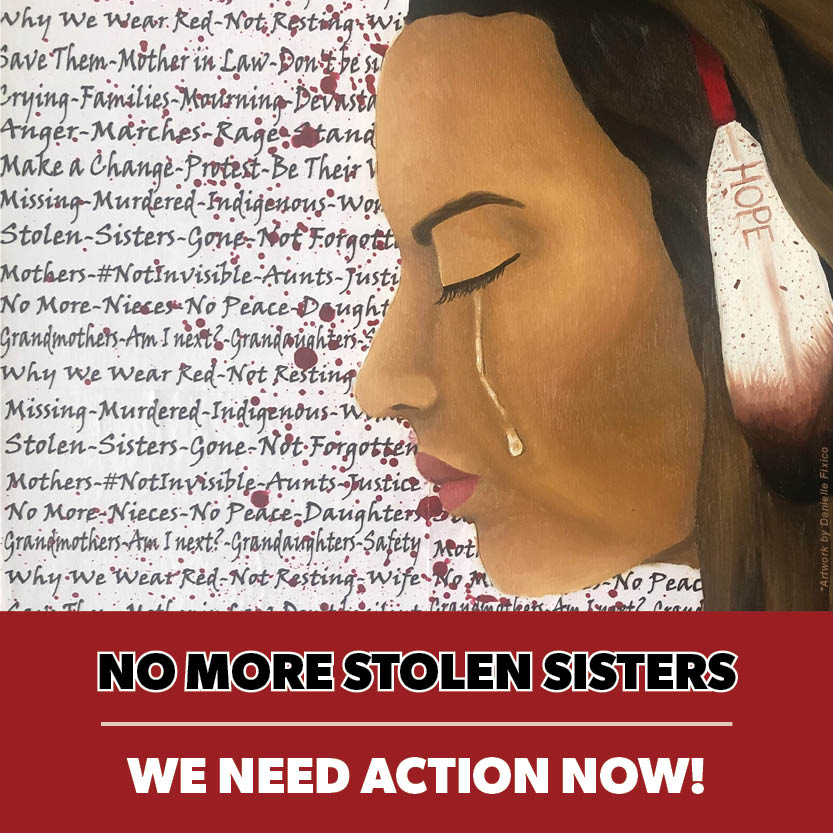 The current reports of abduction and murder of Native women are alarming and represent one of the most horrific aspects of the spectrum of violence committed against Native women. The murder rate of Native women is more than ten times the national average on some reservations. These disappearances or murders are often connected to domestic violence, dating violence, sexual assault, stalking, and sex trafficking. The intersection of gender-based violence and MMIW is heavily intertwined. It is important to understand the connection between domestic, dating, and sexual violence and the high incidence of missing and murdered Indigenous women (MMIW) in the United States. This long-standing crisis of MMIW can be attributed to the historical and intergenerational trauma caused by colonization and its ongoing effects in Indigenous communities stretching back more than 500 years.

In response to the crisis of MMIW, grassroots actions to honor and call for justice for missing and murdered Indigenous women have increasingly grown at the local, regional, national, and international levels. Many of these grassroots efforts have lifted May 5th as a National Day of Awareness for Missing and Murdered Indigenous Women and Girls. May 5th is the birthday of 21-year-old Hanna Harris (Northern Cheyenne) who went missing and was found murdered on the Northern Cheyenne Reservation in 2013. Since then, Native families, advocates, and Indigenous nations have risen to challenge the silence, tolerance, and inaction in response to the crisis of MMIW. Locally, community searches and actions, tribal press conferences, justice marches continue to draw attention and urgency to the MMIW crisis, reflecting the long-standing call in holding governments publicly accountable for the perpetrators allowed to prey on Native women with impunity. NIWRC is committed to lifting the voices of surviving family members to hold these failed systems accountable and responsible for this national crisis.

Sign On: Help declare May 5th as the National Day of Awareness for Missing and Murdered Native Women and Girls

Stickers: Justice for MMIWG and No More Stolen Sisters

National Day of Awareness for MMIWG

Missing and Murdered Native Women and Girls - National Day of Action, May 5, 2020

Thu, Jun 1 2023, All day
Women Are Sacred Conference
All Events