Domestic Violence Is Not Traditional: Speaking Truth and Uplifting Advocacy for and With Survivors 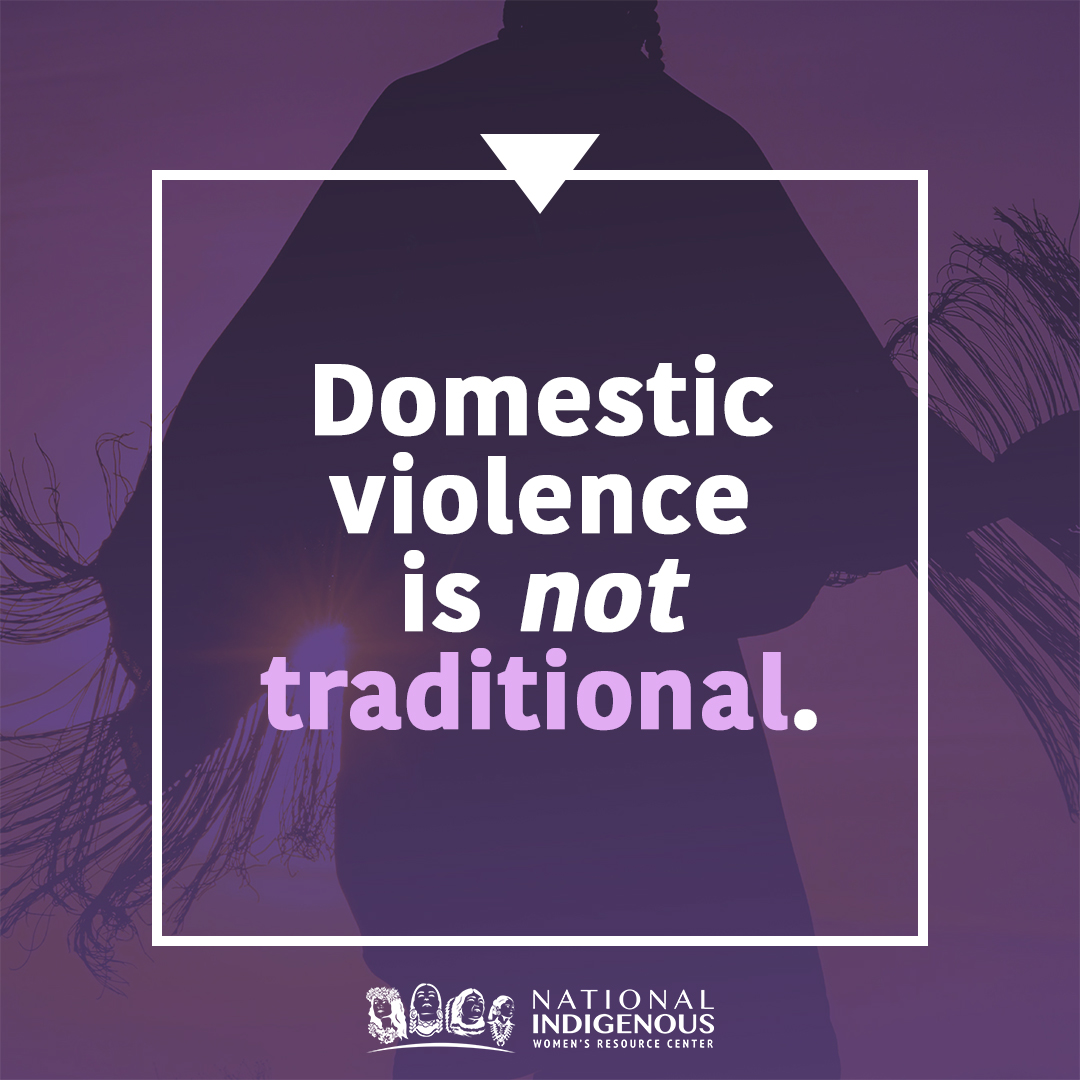 The National Indigenous Women’s Resource Center (NIWRC) and our STTARS Indigenous Safe Housing Center recognize October as Domestic Violence Awareness Month (DVAM) as a time to celebrate the leadership and strengths of survivors and advocates, mourn relatives lost from domestic violence and connect with community members to speak our truths that will help to end domestic violence. Violence against Indigenous women, including domestic violence/intimate partner violence, continues at staggering rates, as is the lack of safe housing for those seeking shelter from abuse.

NIWRC’s advocacy is grounded in Indigenous culture: violence against women and all forms of domestic violence are not traditional within Native communities and cultures.  Ending the violence experienced by Indigenous women in the United States requires an acknowledgment of colonization and genocide as root causes. Addressing this violence requires consistent, strong-hearted advocacy for social change at the tribal, Native Hawaiian, federal, state, and local levels. It is integral to understand that the safety of Indigenous women and children, and all our relatives, requires the full restoration of Tribal sovereignty, reclamation of Indigenous belief systems, and fully funded resources for health care, housing, justice, and other rightful, basic necessities. Reclaiming the sacredness of women, honoring the roles and responsibilities of all relatives including 2 Spirit LGBTQ, and prioritizing safety and accountability are central to ending violence and restoring harmony and balance within our Tribal and Native Hawaiian nations. Please join NIWRC and STTARS Indigenous Safe Housing Center in acknowledging October as Domestic Violence Awareness Month as we uplift the work of Indigenous advocates and the expertise of survivors and speak the truth that women are sacred and violence is not traditional.

Social change = Reclamation of Indigenous Life Ways. Meaningful social change addresses the root causes of domestic violence and disproportionate violence against Native women and moves toward a vision of re-Indigenized tribal and Native Hawaiian communities and nations. In Indian Country and for Native Hawaiians, this includes the repeal of long-standing and historical federal policies rooted in the erasure of Indigenous peoples, lifeways, and governance. Assimilation and colonization meant the imposition of an unnatural patriarchal hierarchy requiring the breaking of relationships including physical and spiritual, between humans and other beings, the Earth and elements, and the mental, emotional, physical, and spiritual aspects of human beings. The breaking of relationships is the first step to committing and justifying violence. Ending violence and the healing and survival of Indigenous peoples relies on the restoration of relationships within two-leggeds, between two-leggeds, and between relatives of the Earth, Air, Water, and Mother Earth. The feminine spirit is the core and heart of this transformation. The voice and leadership of women, survivors, and advocates are mandatory in this transformation. Enacting social change begins with understanding pro-active advocacy, rather than reactive responses to crises.

Look to the story of The Three Sisters for an understanding of the role of advocates and the necessity of social change as the purpose of our work.

We acknowledge the herstory behind DVAM by honoring our grandmother of the movement—Tillie Black Bear. We honor our Unci Tillie Black Bear, Wa Wokiye Win (Woman Who Helps Everyone), (Sicangu Lakota), grandmother of the movement to end violence against Native women, for upholding the cultural teachings and traditions that teach and demonstrate that women are sacred. Tillie helped organize the Violence Against Women Movement on a national level through the creation of the National Coalition Against Domestic Violence (NCADV) and decades later the National Indigenous Women’s Resource Center. NIWRC asks for your help in recognizing October 1st as Tillie Black Bear Women Are Sacred Day in your community.

**For Native women, the majority of these statistics are under-representative.

Join Us for DVAM Events: