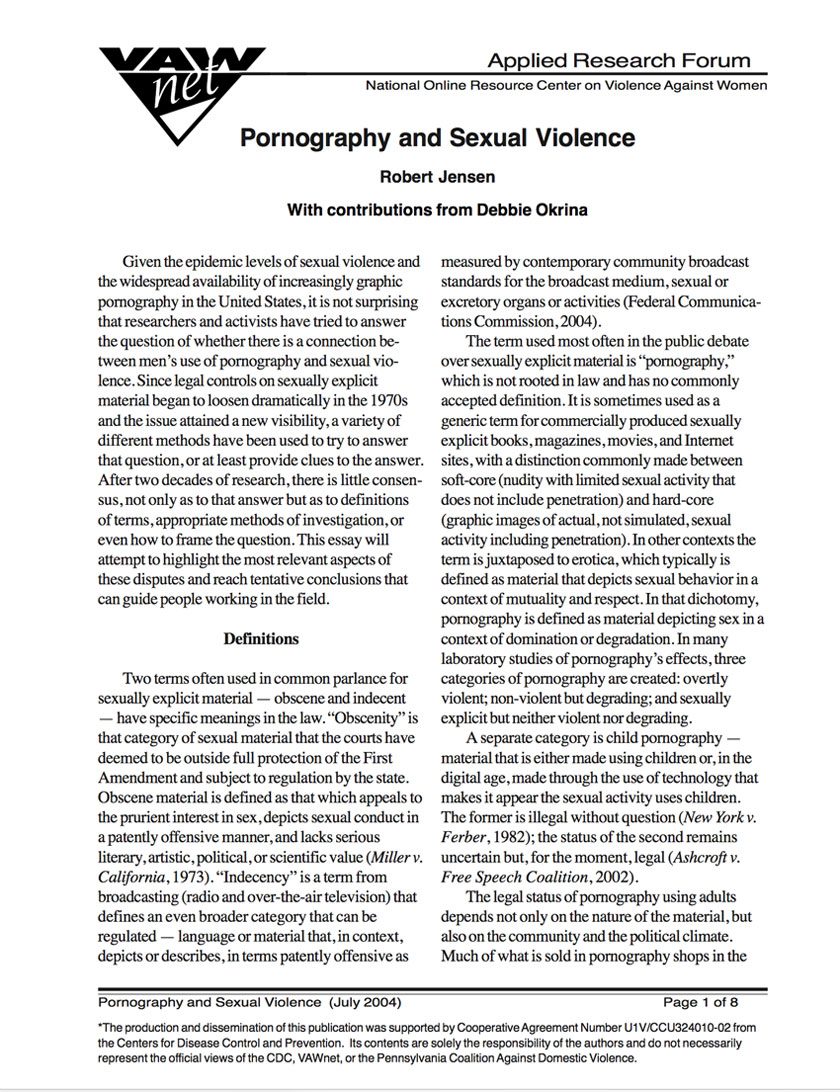 Given the epidemic levels of sexual violence and the widespread availability of increasingly graphic pornography in the United States, it is not surprising that researchers and activists have tried to answer the question of whether there is a connection between men’s use of pornography and sexual violence. Since legal controls on sexually explicit material began to loosen dramatically in the 1970s and the issue attained a new visibility, a variety of different methods have been used to try to answer that question, or at least provide clues to the answer. After two decades of research, there is little consensus, not only as to that answer but as to definitions of terms, appropriate methods of investigation, or even how to frame the question. This essay will attempt to highlight the most relevant aspects of these disputes and reach tentative conclusions that can guide people working in the field.

Thu, Jun 1 2023, All day
Women Are Sacred Conference
Tue, Aug 16 - Thu, Aug 18 2022, All day
Peer-to-Peer Training: Key Issues and Steps in the Development of Shelter Programs from a Tribal Coalition’s Experience
All Events