Garden of Truth: The Prostitution and Trafficking of Native Women in Minnesota 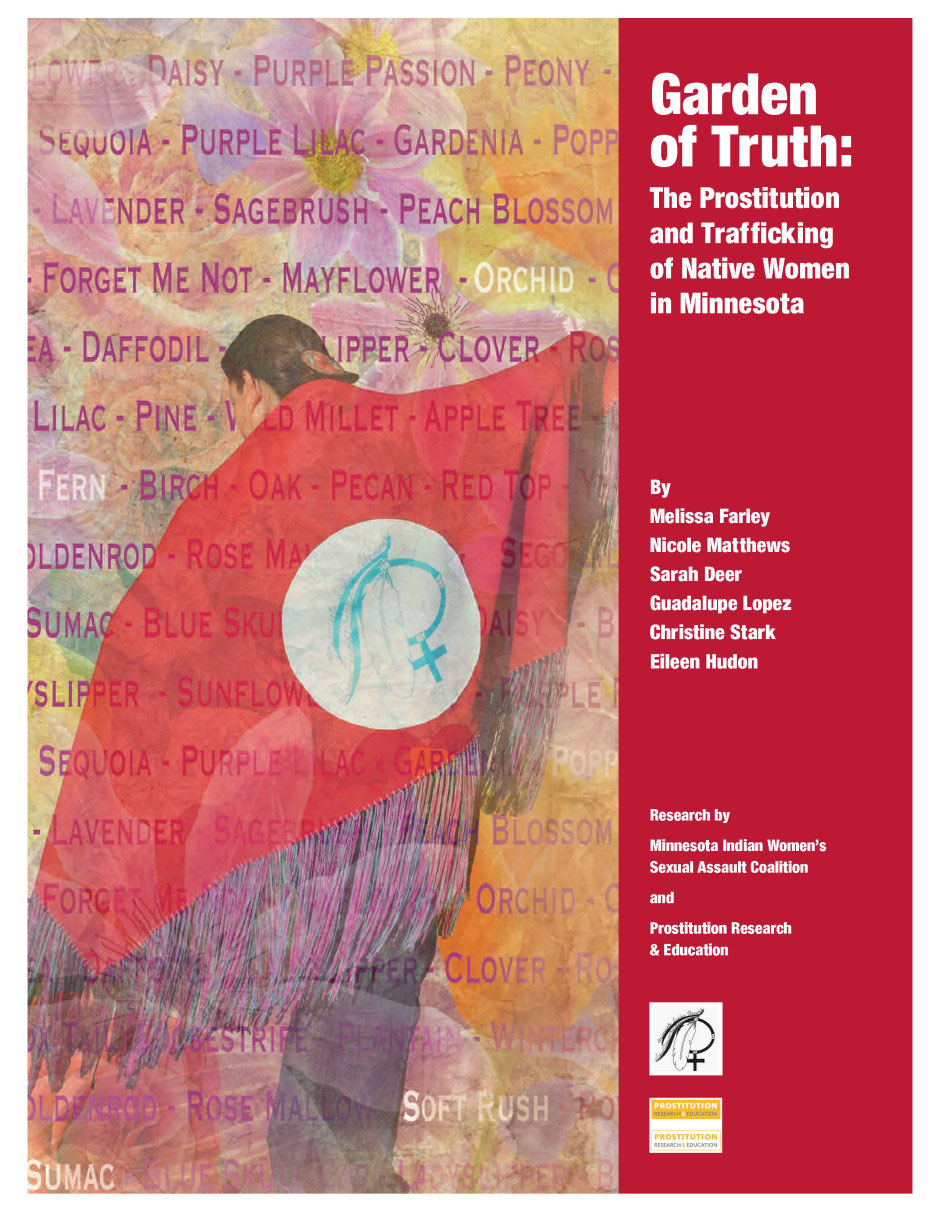 GOAL
Since Native women are at exceptionally high risk for poverty, homelessness, and sexual violence which are elements in the trafficking of women, and because the needs of Native women are generally not being met, and because prostituted women are at extremely high risk for violence and emotional trauma, our goal was to assess the life circumstances of Native women in prostitution in Minnesota, a group of women not previously studied in research such as this. We assessed their needs and the extent to which those needs are or are not being met.

METHOD
We interviewed 105 Native women in prostitution for approximately 1.5 hours each, administering 4 questionnaires that asked about family history, sexual and physical violence throughout their lifetimes, homelessness, symptoms of posttraumatic stress disorder and dissociation, use of available services such as domestic violence shelters, homeless shelters, rape crisis centers, and substance abuse treatment. We asked the women about the extent to which they connected with their cultures, and if that helped them or not. We asked about racism and colonialism. The questionnaires were both quantitative and qualitative.

FINDINGS
About half of the women met a conservative legal definition of sex trafficking which involves third-party control over the prostituting person by pimps or traffickers. Yet most (86%) interviewees felt that no women really know what they’re getting into when they begin prostituting, and that there is deception and trickery involved.

We urge state, local, and tribal officials to review and reconsider their policies toward victims of prostitution and trafficking, including this new research about Native women. The arrest and prosecution of victims is counter-productive and exacerbates their problems. As a Native woman interviewed for this research study said, “We need people with hearts.” Arresting sex buyers, not their victims, is a more appropriate policy.

Thu, Jun 1 2023, All day
Women Are Sacred Conference
All Events