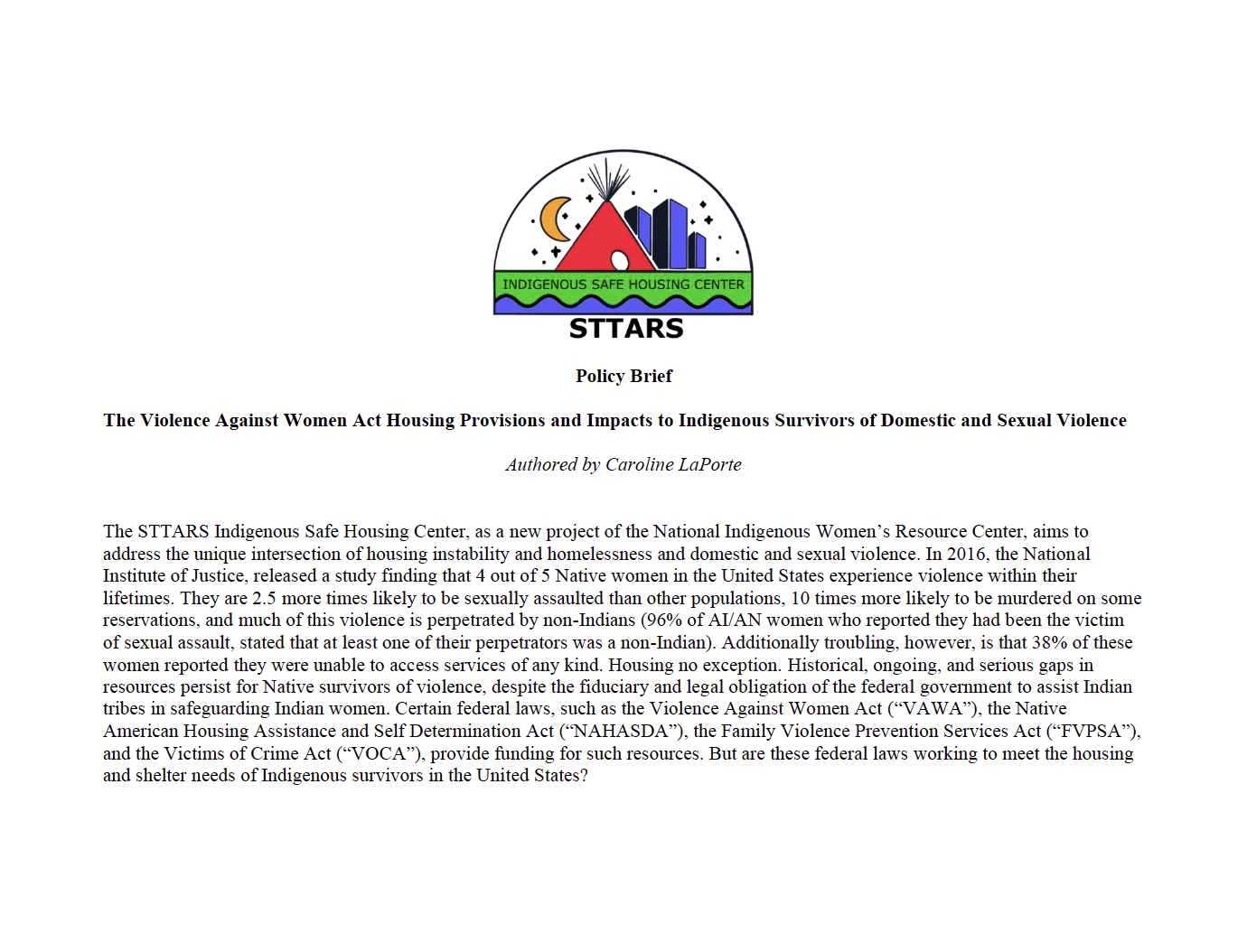 The STTARS Indigenous Safe Housing Center, as a new project of the National Indigenous Women’s Resource Center, aims to address the unique intersection of housing instability and homelessness and domestic and sexual violence. In 2016, the National Institute of Justice, released a study finding that 4 out of 5 Native women in the United States experience violence within their lifetimes. They are 2.5 more times likely to be sexually assaulted than other populations, 10 times more likely to be murdered on some reservations, and much of this violence is perpetrated by non-Indians (96% of AI/AN women who reported they had been the victim of sexual assault, stated that at least one of their perpetrators was a non-Indian). Additionally troubling, however, is that 38% of these women reported they were unable to access services of any kind. Housing no exception. Historical, ongoing, and serious gaps in resources persist for Native survivors of violence, despite the fiduciary and legal obligation of the federal government to assist Indian tribes in safeguarding Indian women. Certain federal laws, such as the Violence Against Women Act (“VAWA”), the Native American Housing Assistance and Self Determination Act (“NAHASDA”), the Family Violence Prevention Services Act (“FVPSA”), and the Victims of Crime Act (“VOCA”), provide funding for such resources. But are these federal laws working to meet the housing and shelter needs of Indigenous survivors in the United States?

Accountability is a Requirement for Safety and Change