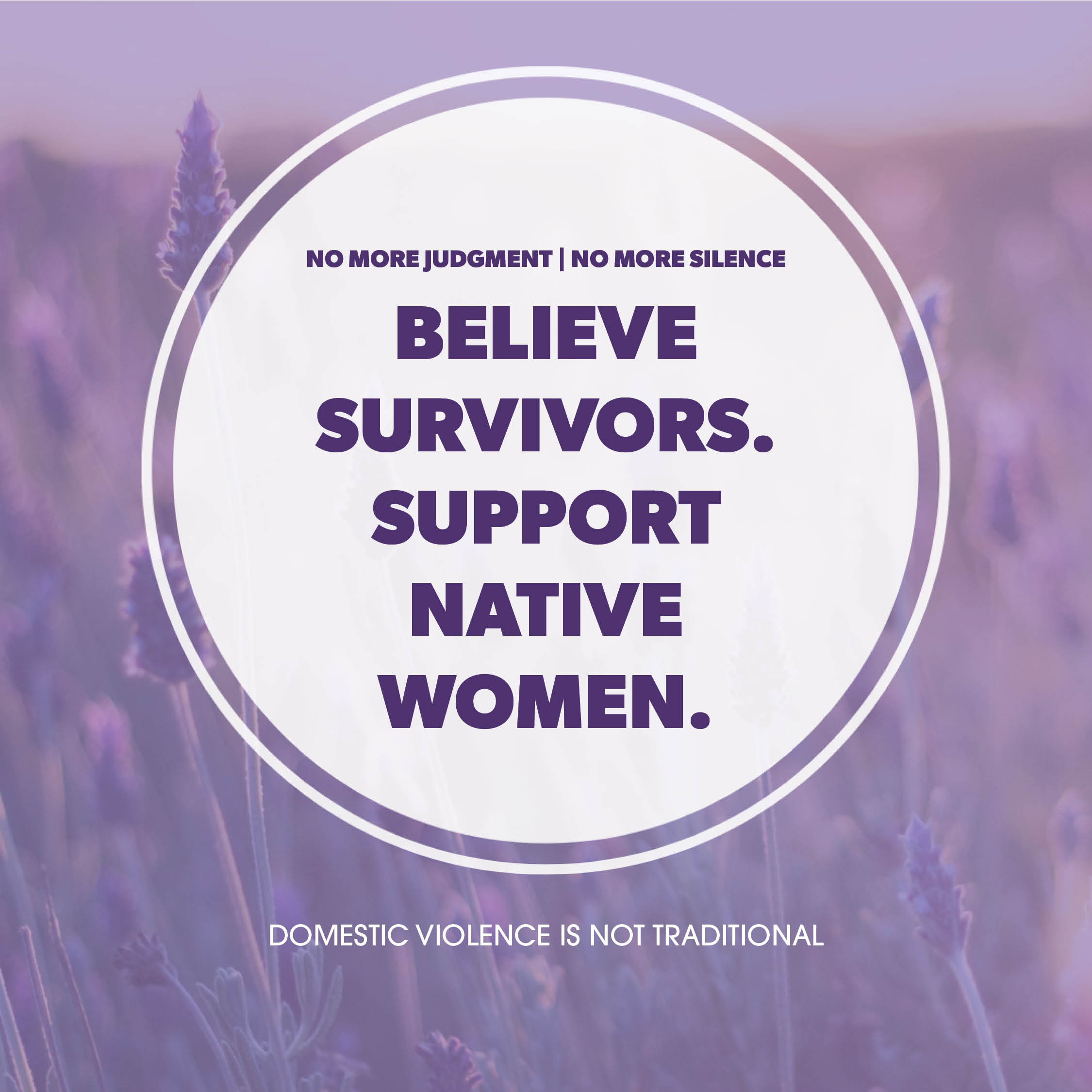 Domestic violence is not traditional to Native cultures, and it violates the very essence of who Native people are. This violence ends when we reclaim Indigenous values of respect and compassion, and we honor the sacredness of women and children. As relatives, it is our responsibility to speak out against domestic violence and ensure the voices of Native survivors are heard. Offenders must be stopped and held accountable. Hold space for Native survivors of domestic violence by listening to, believing, and supporting them on their journey to healing. Be a good relative by protecting and respecting Native women.

Domestic violence is one or multiple types of abuse, such as physical, emotional/verbal, sexual, financial, cultural, spiritual, or digital abuse aimed at a relative. Intimate Partner Violence (IPV) is a form of domestic violence that happens when a current or former spouse or intimate partner engages in a repetitive, fear-inducing pattern of abuse toward their partner to maintain power and control in a relationship. This pattern of abuse can take place in relationships where couples are dating, married, living together, have a child together, or after the relationship has ended. The vast majority of victims of IPV are women with primarily male offenders. In Indigenous societies, violence is not traditional. Colonization imposes and promotes the domination and ownership of Native women by men, as reflected in violence against Native women seen throughout history since contact, which has laid the foundation for present-day violence.

Tillie Black Bear (Sicangu Lakota), Wa Wokiye Win (Woman Who Helps Everyone) gave hope and healing to generations of Native advocates and inspired allies by helping to lead the initial organizing of the Violence Against Women Movement on a national level. Considered a grandmother of the grassroots movement for the safety of Native women, Tillie stressed the importance of tribal cultures, stories and traditions to address violence in our communities. To honor and celebrate Tillie’s life and work, NIWRC is working to declare October 1st as Tillie Black Bear ‘Women Are Sacred’ Day. Sign on here.