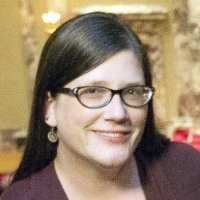 Professor Deer’s scholarship focuses on the intersection of tribal law and victims’ rights. Professor Deer first worked to address violence against women beginning when she was an undergraduate student in 1993. She volunteered as a rape crisis advocate while working toward her B.A. in Women’s Studies and Philosophy from the University of Kansas.  She later attended law school with a focus on the unique legal issues facing Native rape survivors, and received her J.D. with a Tribal Lawyer Certificate from the University of Kansas School of Law.

She joined the faculty of Mitchell Hamline School of Law in July 2008.  She is an appellate judge for the Prairie Island Indian Community Court of Appeals and the White Earth Nation Court of Appeals.

In addition to authoring several articles on the issues facing Native women in the United States, Deer is a co-author of three textbooks on tribal law. Her newest book is entitled The Beginning and End of Rape: Confronting Sexual Violence in Native America (2015). She is the recipient of the 2010 Sheila Wellstone award.  In April 2011, Professor Deer received the Allied Professional Award from the United States Department of Justice for work on victims’ issues.