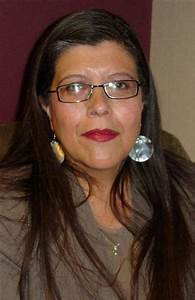 Karen Artichoker has been involved in the movement to end violence against native women for thirty (30) years when she co-coordinated the first “Indian Nations: Justice for Victims of Crime” conference. At that time, she was an employee and later a consultant for the South Dakota Coalition Against Domestic Violence and Sexual Assault. In that capacity, she served on board of the National Coalition Against Domestic Violence (NCADV) in support of her long-time friend and mentor, Tillie Black Bear, the first native woman Chair of the NCADV Board of Directors. Karen provided a native voice in the drafting and passage of the Violence Against Women Act. She has twice testified in front of the Senate Committee on Indian Affairs and created many relationships that led many national organizations to ally with native women and organizations.  These relationships, along with the hard work of many other native women, have moved native women out of “invisible” status.

Karen is a founding mother of Sacred Circle, National Resource Center to End Violence Against Native Women. Sacred Circle became the fifth resource center in the national technical assistance and training network that was created through the Violence Against Women Act. Sacred Circle provided the first opportunity to create native specific information and materials specific to violence against native women and solidified native voice on the national level. After a decade, Sacred Circle evolved into the National Indigenous Women’s Resource Center (NIWRC). She is also a founding mother of Cangleska, Inc., an award- winning domestic violence prevention and intervention program that was located on the Pine Ridge Indian Reservation, Karen’s country of tribal member citizenship.

Over the years, Karen expanded her work to the substance use/dependence and mental health fields. She has seen many positive changes in all fields as the intersections between violence, substance use, mental health and trauma has progressed over the years. More recently, Karen has partnered with Brenda Hill Consulting in providing training opportunities that address these many intersections. She is also interested in driving training, discussion and strategies on how internalized oppression and the impact of lateral violence is a stopping force in the creation of effective strategies and responses as we struggle to respond to the overwhelming issues facing tribal families and communities.

Karen lives in Rapid City, SD. She is the mother of four (4) daughters and numerous grandchildren and great-grandchildren. She still maintains a vision of a world where women are valued and respected as sacred.  She still imagines a world without violence.  She is available for technical assistance and consultation.

Over 30 years experience advocating to end violence against native women.