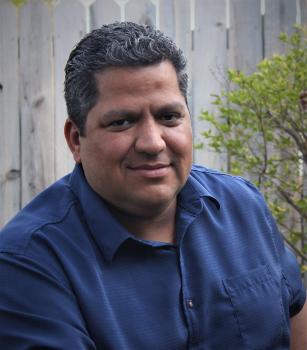 Jeremy NeVilles-Sorell has worked in the field of domestic violence since 1994 on issues affecting children who have experienced domestic violence, supervised visitation, batterer’s intervention, and providing training and education. He worked for four years coordinating the Duluth Family Visitation Center serving families with a history of domestic violence and dealing with visits and exchanges of children between parents. Jeremy also worked for four years as the Children’s Program Coordinator at Women’s Transitional Housing Coalition in Duluth, Minnesota, providing activities and groups for children who have witnessed violence. He joined the staff of Mending the Sacred Hoop Technical Assistance Project in 1998, a national program to assist American Indian Tribes and Alaskan Native Villages to develop responses to violence against Indian women through training and technical assistance. He has held various titles with Mending the Sacred Hoop from team leader, program coordinator, co-director, and is currently the Training and Resources Director. He was faculty for the IHS-ACF Health Domestic Violence Project for its duration: 2002-2009.  This project worked with more than 100 Indian, Tribal and Urban health care facilities as well as domestic violence (DV) advocacy programs across the United States to improve the health care responses to domestic violence. From 2017 - 2019 he served on the Men of Color as Crime Victims Expert Working Group for the OVC National Resource Center for Reaching Victims. In 2015 he began working with Wica Agli and in March of 2019 assumed the position of Director of the National Native Coalition of Men’s Programs. He has conducted groups with teenage boys and girls on domestic violence, facilitated groups for Native men who have battered, been an advocate for male victims, developed curricula for engaging men in violence prevention, and organized community education events. Jeremy has been a speaker and consultant for many national, state, and local programs on youth issues, community education, working with men, and worked on public policy reform. He remains involved with community groups and local educational efforts to raise awareness engage and promote non-violent lifestyles for men.