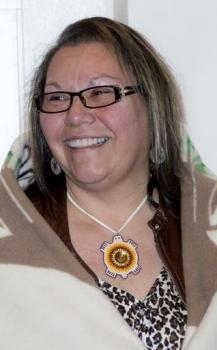 Ms. Lisa Heth has worked in the field of domestic violence, sexual assault and child abuse for over 24 years. Ms. Heth has been a strong advocate for women and children on the Crow Creek and Lower Brule reservations in South Dakota and is the executive director for Wiconi Wawokiya, Inc. (Helping Families) which operates two domestic violence shelters, one on the Crow Creek reservation and the other one located in Sioux Falls, SD, a transitional housing program and a resource center and is a the founder of the Children’s Safe Place (children’s advocacy center) located adjacent to Project Safe Shelter and recently Pathfinder Center, a place of refuge for victims of human trafficking.

Ms. Heth received the prestigious 2015 OVC National Crime Victims’ Service Award, Tribal Law and Policy Institute, Bonnie Heavy Runner Victim Advocacy Award in 2012 and in 2010 received the Carol Maicki Advocacy Award from the SD Coalition Ending Domestic and Sexual Violence and in 1998 received the SD US Attorney’s Victims’ Rights Appreciation Award. Ms. Heth was appointed in 2002 to 2012 by the Governor of SD to the SD CASA and served as the co-chair of the South Dakota Coalition Ending Domestic & Sexual Violence from 1999 to 2001, 2010-2011 & 2013.

Ms. Heth served as the Chair for the Native Women's Society of The Great Plains from 2011 to 2013, which is a tribal coalition and serves over 20 tribes. Ms. Heth is one of the co-founding members of the Native American Children Alliance (NACA) and former Chair. Ms. Heth is a member of the Lower Brule Lakota Tribe and is married to Robert Heth who is a member of the Crow Creek Dakota Tribe and they reside on the Crow Creek Dakota Reservation in South Dakota. Ms. Heth has three children, two step-children and seven grandchildren.