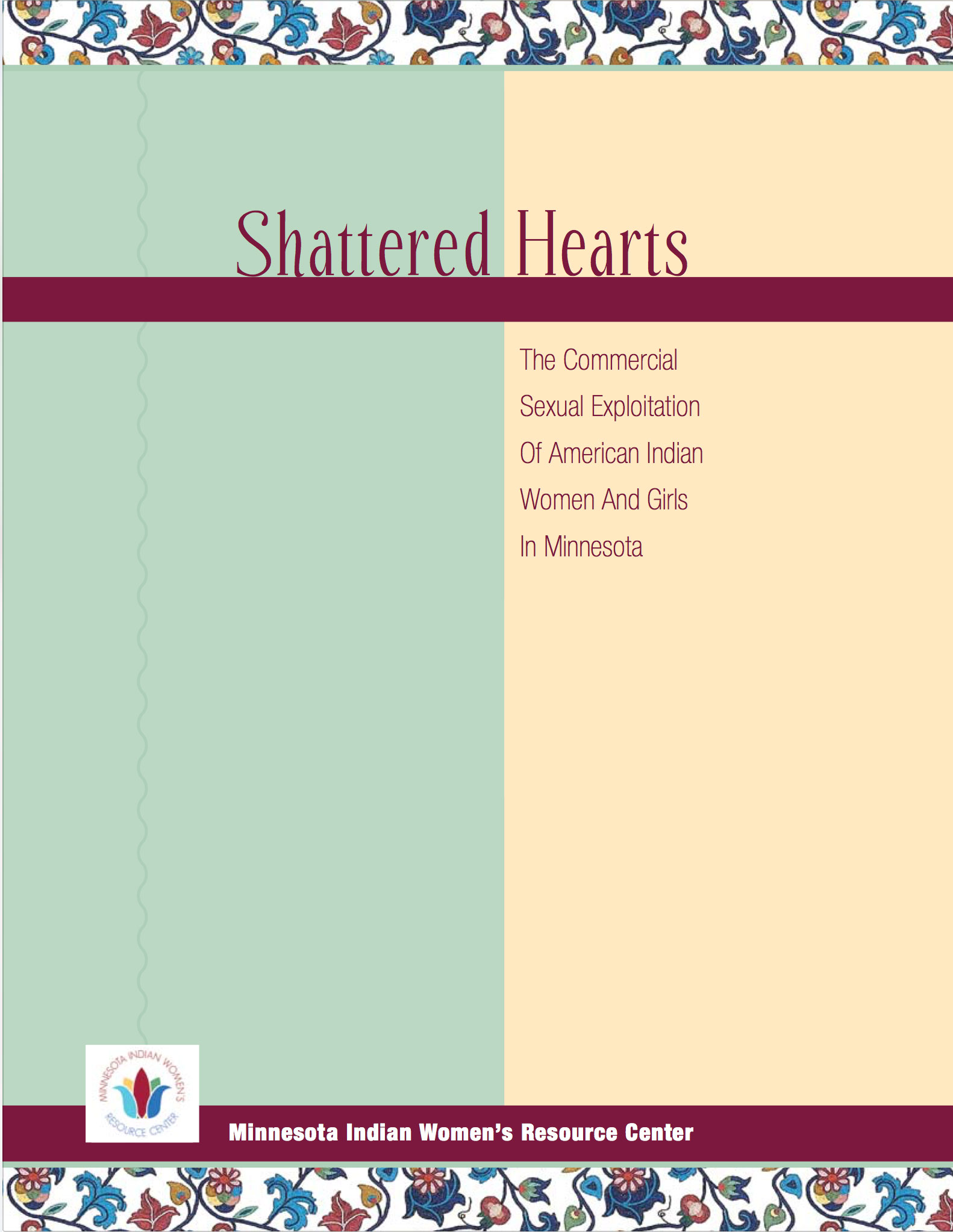 As part of its activities to produce the 2007 Human Trafficking Report, the Office of Justice Programs interviewed law enforcement personnel, nurses, and social service providers, asking questions about the characteristics and experiences of sex trafficking victims they had worked with. Based on their responses, the OJP estimated that at least 345 American Indian women and girls in Minnesota had been sexually trafficked in a three-year period.

After a client disclosed her own experience, MIWRC recognized that other Native women coming to the agency for housing, domestic violence, sexual assault, and other crisis-related services might have similar stories. Staff contacted other Native-specific housing and social service agencies in Minnesota to ask what their caseworkers were seeing in terms of commercial sexual exploitation of Native women and girls. Several reported an increasing number coming in for domestic violence and sexual assault services, later acknowledging that their assailant had trafficked them for prostitution. Tribal advocates in South Dakota and Minnesota had also began raising red flags, reporting that Native girls were being trafficked into prostitution, pornography, and strip shows over state lines and internationally to Mexico.

Reports began coming in from Duluth, of police rescuing Native girls who had been lured off reservations, taken onto ships in port, beaten, and gang-raped by the ships‟ crews. In Canada, where the history and current circumstances of Native (Aboriginal) people closely parallel those of American Indians in the U.S., research studies were consistently finding Aboriginal women and girls to be hugely over-represented in the sex trade. An international report on the commercial sexual exploitation of children described Canadian Aboriginal and American Indian youth as being at greater risk than any other youth in Canada and the U.S. for sexual exploitation and trafficking.

By 2008, Minneapolis had been identified by the FBI as one of thirteen U.S. cities having a high concentration of criminal activity involving the commercial sexual exploitation of juveniles. In September of that year, The Advocates for Human Rights released a sex trafficking needs assessment report, commissioned by the Office of Justice Programs and the Minnesota Human Trafficking Task Force pursuant to a mandate from the Commissioner of Public Safety. The needs assessment involved evaluation of government response to sex trafficking in Minnesota, identification of facilities and services currently available to sex trafficking victims, assessment of the effectiveness of those services, and recommendations for improvement. In the report, The Advocates for Human Rights noted the significant lack of information about American Indian trafficking victims and the relative absence of services to not only help them find safety, but to also heal from the trauma of life in prostitution.

Virtual Conversation with the Field: Developing Advocacy Responses to MMIW

A Guide to Harmony For Women and Children Living in Shelter