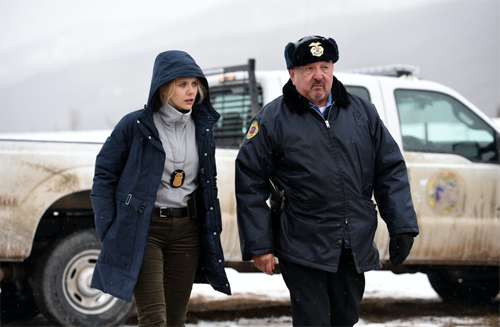 Lame Deer, Mont.- NIWRC regularly receives requests for information on how we are utilizing the royalty money from the motion picture Wind River. (The donation of royalty monies was first announced in a statement in November 2017 at http://bit.ly/2HJEgYt). It is important to note that NIWRC has not yet received any money from the royalties of Wind River.

Shortly after the escalation of rape, sexual assault and sexual harassment reports against former film studio executive Harvey Weinstein, of The Weinstein Company (Wind River's distribution company), the film’s writer and director, Taylor Sheridan, and the film’s principal financier, Acacia Filmed Entertainment (an entity of the Tunica-Biloxi Tribe of Louisiana), severed all ties between the film and The Weinstein Company (TWC). Sheridan and Acacia Filmed Entertainment then directed that future distribution royalties from Wind River that would have gone to TWC, prior to the severed relationship, should instead be donated to NIWRC. Unfortunately, shortly after this distribution royalty agreement was announced, TWC declared bankruptcy, clearing TWC from any obligation to abide by the royalty agreement. Another production company, The Lantern Company, recently bought out TWC, and it remains unclear whether it will voluntarily honor the agreement to donate future distribution royalties from Wind River to the NIWRC, as it is not bound by the previous agreement.

Furthermore, given the complexities of the situation, it may take months or years before a final determination is made. In the meantime, we maintain regular communication with Taylor Sheridan and his staff and are thankful that Mr. Sheridan continues his advocacy on behalf of NIWRC and our mission to end violence against Native women and girls.

If at any time NIWRC does receive any future royalty monies, we intend to engage in a thoughtful strategic assessment of how to spend these monies in a way that supports our mission, policy development around MMIW issues as they intersect with domestic violence, and the restoration of tribal sovereignty.

“The Mission of NIWRC is to support grassroots advocacy and to provide national leadership to ending gender-based violence in Indigenous communities through the development of educational materials and programs, direct technical assistance, and the development of local and national policy that assists in building the capacity of Indigenous communities and strengthening the exercise of tribal sovereignty.”