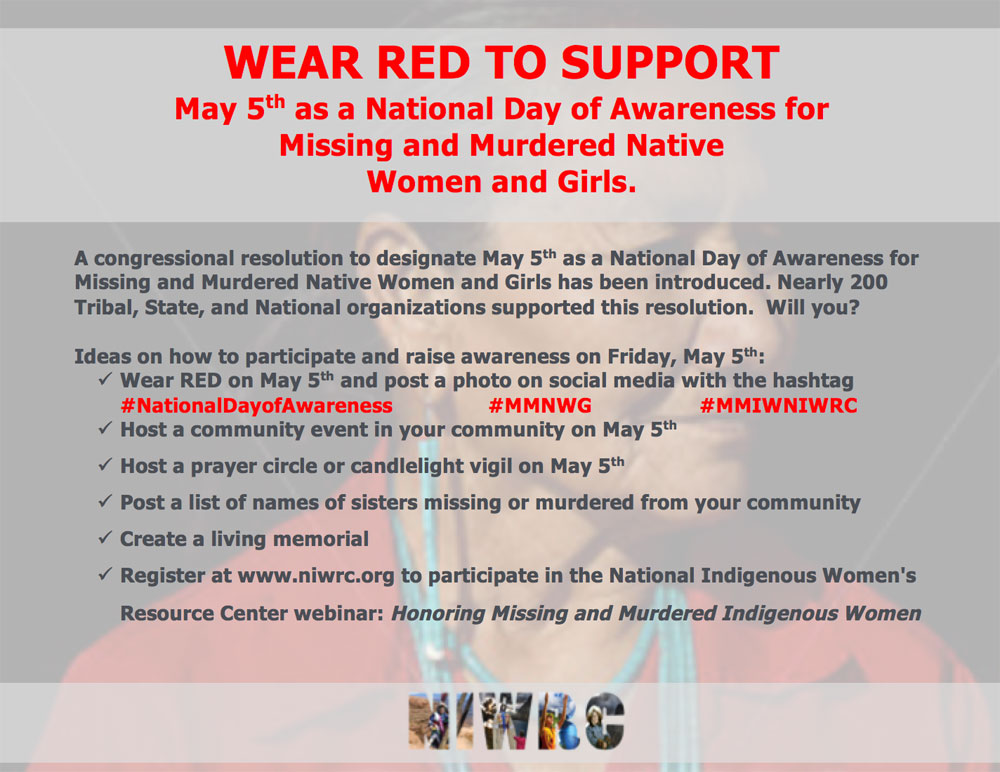 A congressional resolution to designate May 5th as a National Day of Awareness for Missing and Murdered Native Women and Girls has been introduced. The resolution was drafted in memory of Hanna Harris (Northern Cheyenne) who was murdered July, 2013. The resolution was first introduced in April 2016 on the same day that RoyLynn Rides Horse (Crow) passed away after having been beaten, burned, and left in a field to die. Nearly 200 tribal, national, and state organizations supported this resolution.
Will you?

Ideas on how to participate and raise awareness:
1)    Wear RED on May 5th and post a photo on social media with the hashtag #NationalDayofAwareness #MMNWG or #MMIW
2)    Host a community event in your community on May 5th
3)    Host a prayer circle or candlelight vigil on May 5th
4)    Post a list of names of sisters missing or murdered from your community,
5)    Create a living memorial
6)    View the National Indigenous Women’s Resource Center webinars.