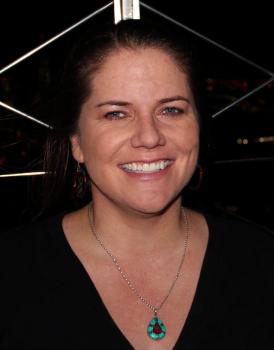 Dr. Castle brings almost 20 years of experience as a scholar, activist, and media maker working in collaboration with Native Nations and underrepresented communities. Her film, Warrior Women, is based on the research done for her book "Women were the Backbone, Men were the Jawbone: Native Women’s Activism in the Red Power Movement."

While completing her Ph.D. at Cambridge University, she worked as a policy associate for President Clinton’s Initiative on Race and in 2001 she served as a delegate for the Indigenous World Association at the United Nations World Conference Against Racism in Durban, South Africa. While working as an academic specialist for UC Berkeley’s Oral History Office, she received the University of California President’s Postdoctoral Fellowship at UC Santa Cruz under the supervision of Professors Angela Davis and Bettina Aptheker.

Dr. Castle was a professor in the Native Studies Department at the University of South Dakota and is the founder and Executive Director of The Warrior Women Oral History Project. Castle has numerous publications including “The Original Gangster: The Life and Times of Red Power Activist Madonna Thunder Hawk.” Castle is a committed anti-racist ally and descended from the Pekowi band of the Shawnee in Ohio - both shape how she engages with community-based scholarship and organizing. Warrior Women is Castle’s directorial debut.